The rotational excitation of the 36ArH+ ion in collisions with hydrogen atoms is investigated in this work. The potential energy surface (PES) describing the 36ArH+-H interaction, with the ion bond length r fixed at the average of r over the radial v = 0 vibrational state distribution, was obtained with a coupled cluster method that included single, double, and (perturbatively) triple excitations [RCCSD(T)]. A deep minimum (De = 3135 cm-1) in the PES was found in linear H-ArH+ geometry at an ion-atom separation Re = 4.80a0. Energy-dependent cross-sections and rate coefficients as a function of temperature for this collision pair were computed in close-coupling (CC) calculations. Since the PES possesses a deep well, this is a good system to test the performance of the quantum statistical (QS) method developed by Manolopoulos and co-workers as a more efficient method to compute the cross-sections. Good agreement was found between rate coefficients obtained by the CC and QS methods at several temperatures. In a simple application, the excitation of ArH+ is simulated for conditions under which this ion is observed in absorption. 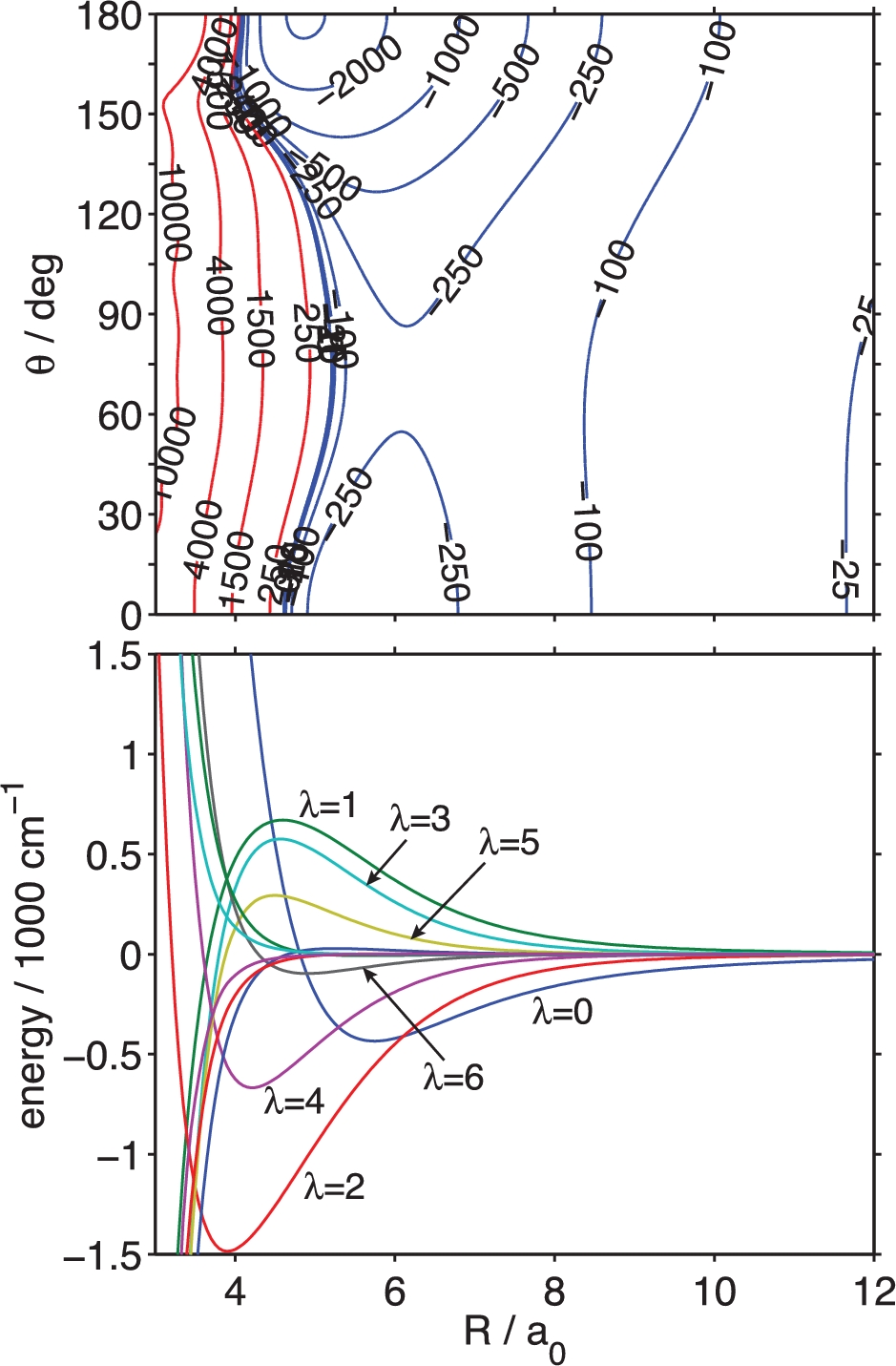