ALMA view of a massive spheroid progenitor: a compact rotating core of molecular gas in an AGN host at z = 2.226

We present ALMA observations at 107.291 GHz (band 3) and 214.532 GHz (band 6) of GMASS 0953, a star-forming galaxy at z = 2.226 hosting an obscured active galactic nucleus (AGN) that has been proposed as a progenitor of compact quiescent galaxies (QGs). We measure for the first time the size of the dust and molecular gas emission of GMASS 0953 that we find to be extremely compact (∼1 kpc). This result, coupled with a very high interstellar medium (ISM) density (n ∼ 105.5 cm-3), a low gas mass fraction (∼0.2), and a short gas depletion time-scale (∼150 Myr), implies that GMASS 0953 is experiencing an episode of intense star formation in its central region that will rapidly exhaust its gas reservoirs, likely aided by AGN-induced feedback, confirming its fate as a compact QG. Kinematic analysis of the CO(6-5) line shows evidence of rapidly rotating gas (Vrot = 320^{+92}_{-53} km s-1), as observed also in a handful of similar sources at the same redshift. On-going quenching mechanisms could either destroy the rotation or leave it intact leading the galaxy to evolve into a rotating QG. 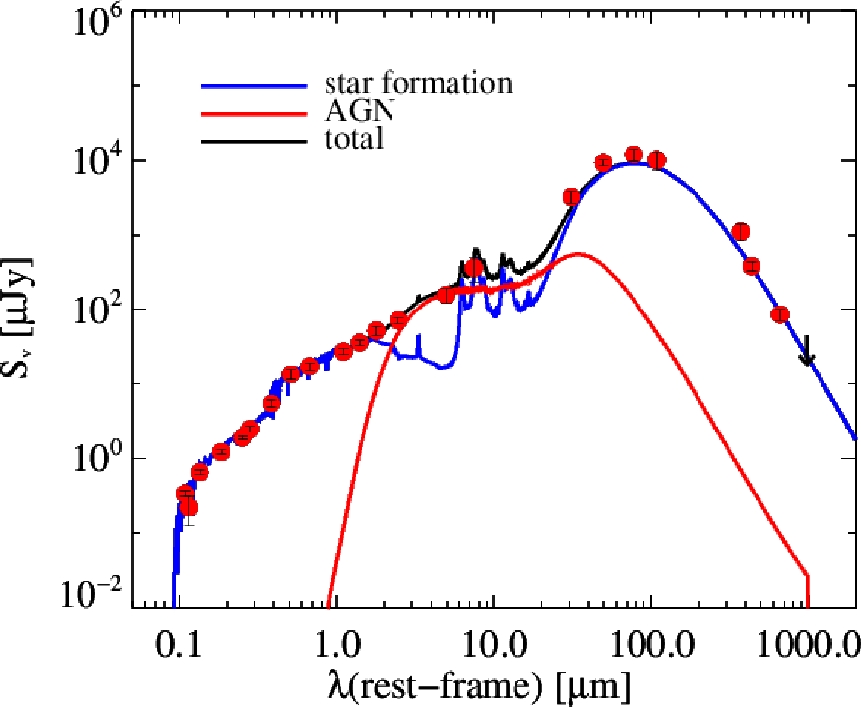