Discovery and characterization of 3000+ main-sequence binaries from APOGEE spectra

We develop a data-driven spectral model for identifying and characterizing spatially unresolved multiple-star systems and apply it to APOGEE DR13 spectra of main-sequence stars. Binaries and triples are identified as targets whose spectra can be significantly better fit by a superposition of two or three model spectra, drawn from the same isochrone, than any single-star model. From an initial sample of ∼20 000 main-sequence targets, we identify ∼2500 binaries in which both the primary and secondary stars contribute detectably to the spectrum, simultaneously fitting for the velocities and stellar parameters of both components. We additionally identify and fit ∼200 triple systems, as well as ∼700 velocity-variable systems in which the secondary does not contribute detectably to the spectrum. Our model simplifies the process of simultaneously fitting single- or multi-epoch spectra with composite models and does not depend on a velocity offset between the two components of a binary, making it sensitive to traditionally undetectable systems with periods of hundreds or thousands of years. In agreement with conventional expectations, almost all the spectrally identified binaries with measured parallaxes fall above the main sequence in the colour-magnitude diagram. We find excellent agreement between spectrally and dynamically inferred mass ratios for the ∼600 binaries in which a dynamical mass ratio can be measured from multi-epoch radial velocities. We obtain full orbital solutions for 64 systems, including 14 close binaries within hierarchical triples. We make available catalogues of stellar parameters, abundances, mass ratios, and orbital parameters. 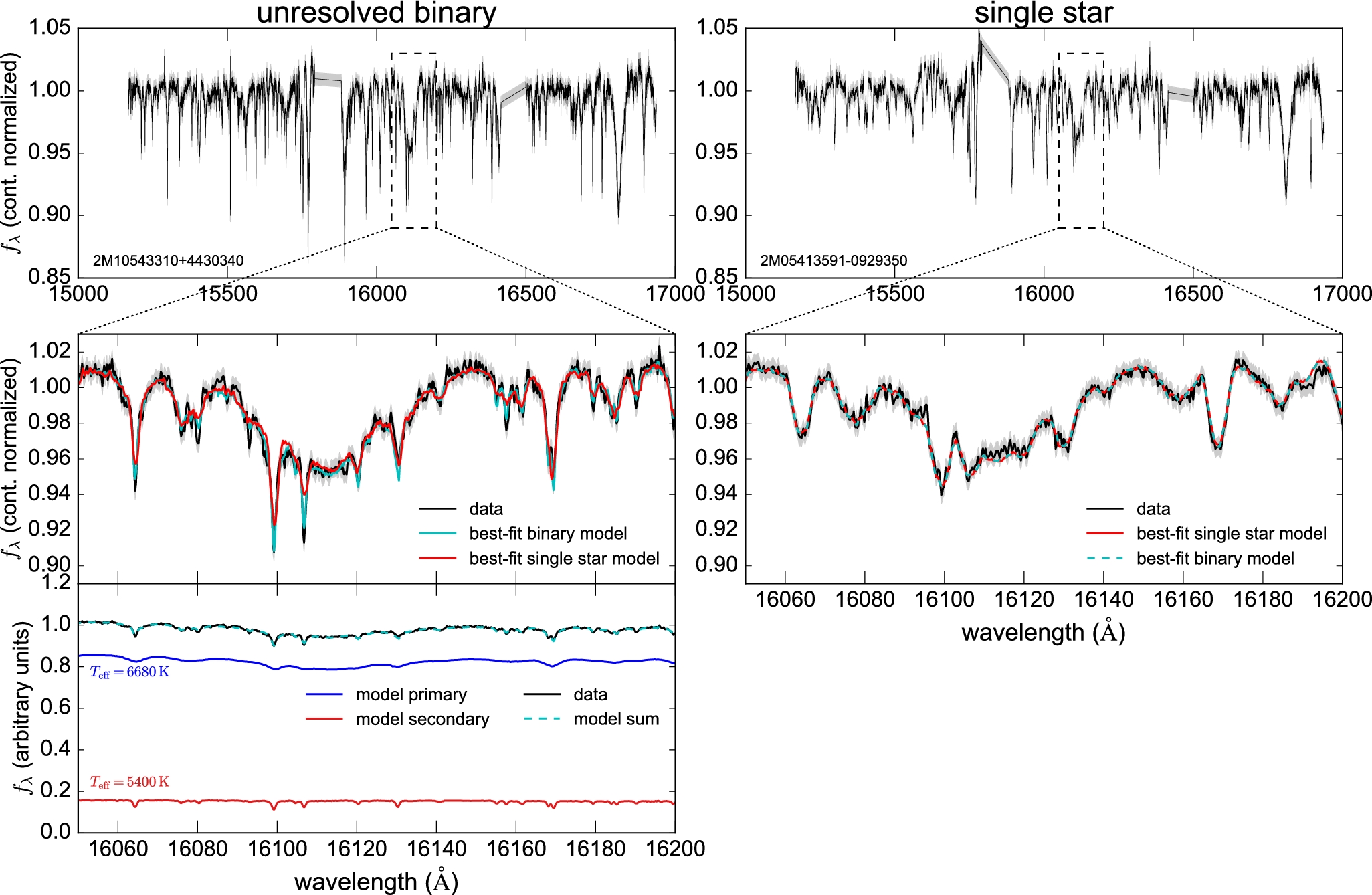