The magnetic early B-type stars I: magnetometry and rotation

The rotational and magnetic properties of many magnetic hot stars are poorly characterized, therefore the Magnetism in Massive Stars and Binarity and Magnetic Interactions in various classes of Stars collaborations have collected extensive high-dispersion spectropolarimetric data sets of these targets. We present longitudinal magnetic field measurements <Bz> for 52 early B-type stars (B5-B0), with which we attempt to determine their rotational periods Prot. Supplemented with high-resolution spectroscopy, low-resolution Dominion Astrophysical Observatory circular spectropolarimetry, and archival Hipparcos photometry, we determined Prot for 10 stars, leaving only five stars for which Prot could not be determined. Rotational ephemerides for 14 stars were refined via comparison of new to historical magnetic measurements. The distribution of Prot is very similar to that observed for the cooler Ap/Bp stars. We also measured v sin i and vmac for all stars. Comparison to non-magnetic stars shows that v sin i is much lower for magnetic stars, an expected consequence of magnetic braking. We also find evidence that vmac is lower for magnetic stars. Least-squares deconvolution profiles extracted using single-element masks revealed widespread, systematic discrepancies in <Bz> between different elements: this effect is apparent only for chemically peculiar stars, suggesting it is a consequence of chemical spots. Sinusoidal fits to H line <Bz> measurements (which should be minimally affected by chemical spots), yielded evidence of surface magnetic fields more complex than simple dipoles in six stars for which this has not previously been reported; however, in all six cases, the second- and third-order amplitudes are small relative to the first-order (dipolar) amplitudes. 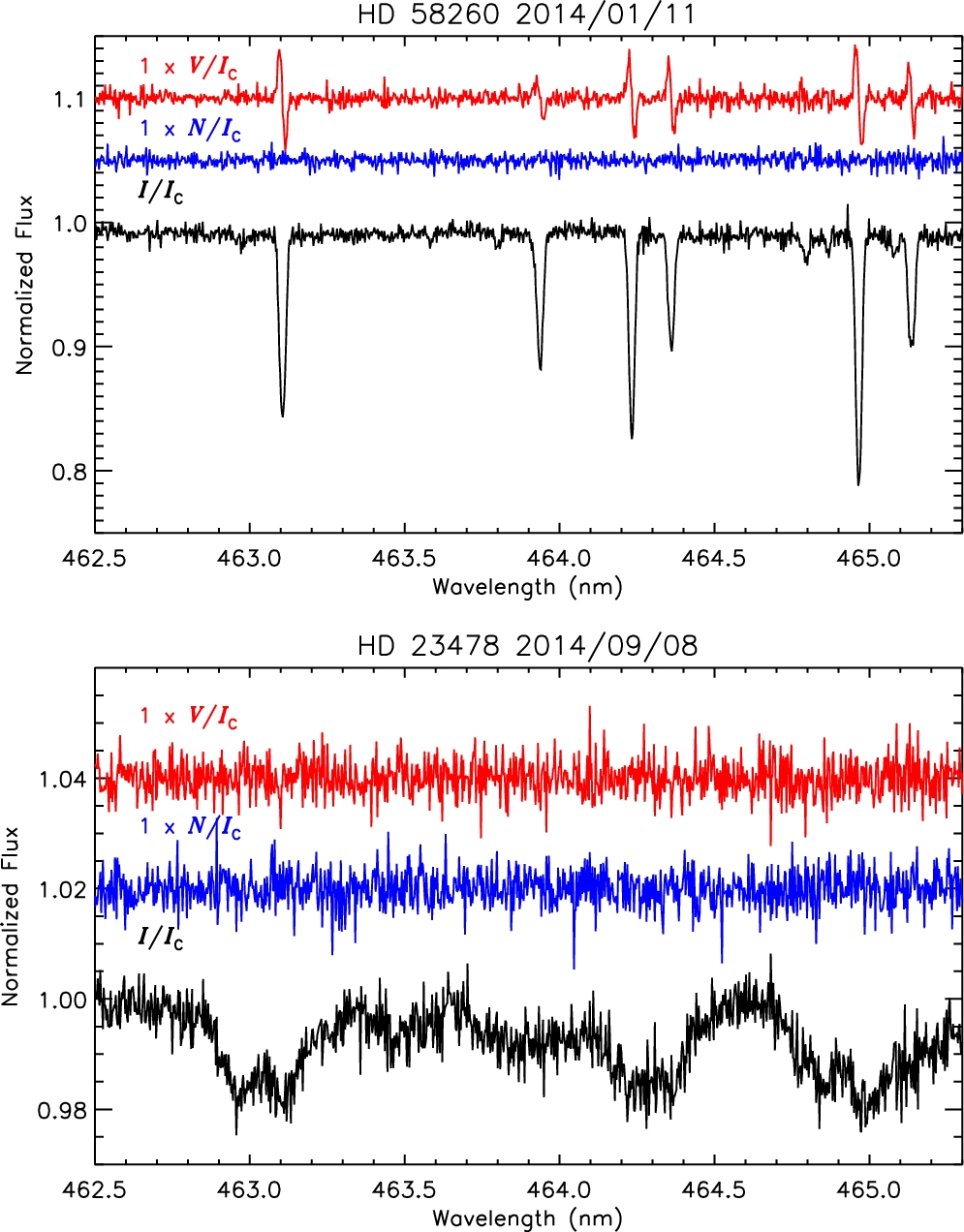