Ultrasteep spectrum (USS) radio sources are good tracers of powerful radio galaxies at z > 2. Identification of even a single bright radio galaxy at z > 6 can be used to detect redshifted 21 cm absorption due to neutral hydrogen in the intervening intergalactic medium. Here we describe a new sample of high-redshift radio galaxy (HzRG) candidates constructed from the TIFR GMRT Sky Survey First Alternative Data Release survey at 150 MHz. We employ USS selection (α ≤ -1.3) in ∼10 000 deg2, in combination with strict size selection and non-detections in all-sky optical and infrared surveys. We apply flux density cuts that probe a unique parameter space in flux density (50 mJy < S150 < 200 mJy) to build a sample of 32 HzRG candidates. Follow-up Karl G. Jansky Very Large Array (VLA) observations at 1.4 GHz with an average beam size of 1.3 arcsec revealed ∼ 48 per cent of sources to have a single radio component. P-band (370 MHz) imaging of 17 of these sources revealed a flattening radio SED for 10 sources at low frequencies, which is expected from compact HzRGs. Two of our sources lie in fields where deeper multiwavelength photometry and ancillary radio data are available and for one of these we find a best-fitting photo-z of 4.8 ± 2.0. The other source has zphot = 1.4 ± 0.1 and a small angular size (3.7 arcsec), which could be associated with an obscured star-forming galaxy or with a `dead' elliptical. One USS radio source not part of the HzRG sample but observed with the VLA none the less is revealed to be a candidate giant radio galaxy with a host galaxy photo-z of 1.8 ± 0.5, indicating a size of 875 kpc. 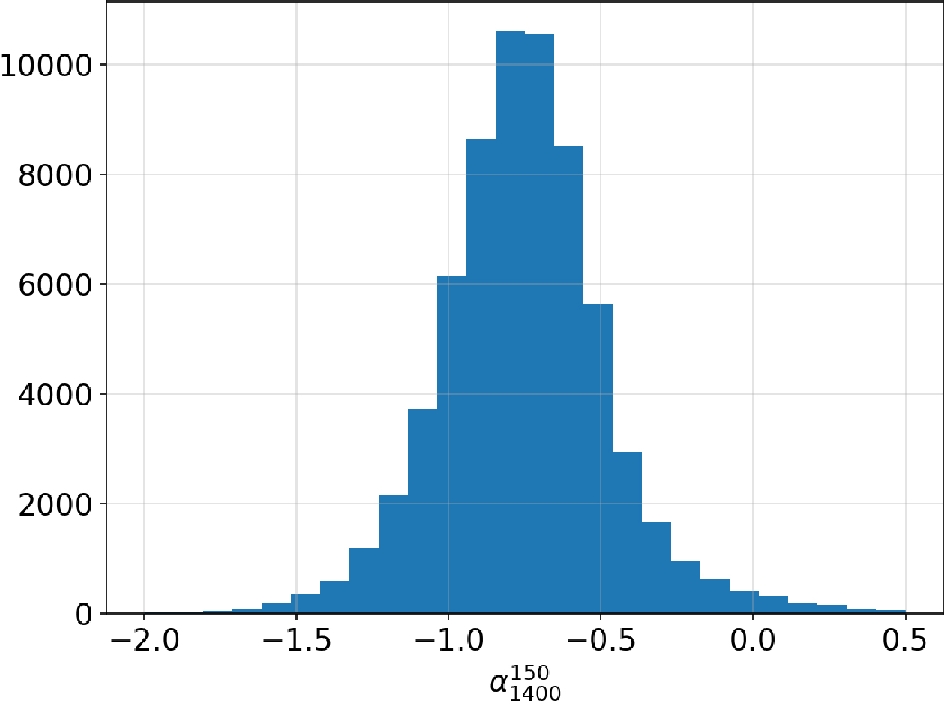