Clues to the physical conditions in radio cores of blazars come from measurements of brightness temperatures as well as effects produced by intrinsic opacity. We study the properties of the ultra-compact blazar AO 0235+164 with RadioAstron ground-space radio interferometer, multifrequency VLBA, EVN, and single-dish radio observations. We employ visibility modelling and image stacking for deriving structure and kinematics of the source, and use Gaussian process regression to find the relative multiband time delays of the flares. The multifrequency core size and time lags support prevailing synchrotron self-absorption. The intrinsic brightness temperature of the core derived from ground-based very long baseline interferometry (VLBI) is close to the equipartition regime value. In the same time, there is evidence for ultra-compact features of the size of less than 10 μas in the source, which might be responsible for the extreme apparent brightness temperatures of up to 1014 K as measured by RadioAstron. In 2007-2016 the VLBI components in the source at 43 GHz are found predominantly in two directions, suggesting a bend of the outflow from southern to northern direction. The apparent opening angle of the jet seen in the stacked image at 43 GHz is two times wider than that at 15 GHz, indicating a collimation of the flow within the central 1.5 mas. We estimate the Lorentz factor Γ = 14, the Doppler factor δ = 21, and the viewing angle θ = 1.7° of the apparent jet base, derive the gradients of magnetic field strength and electron density in the outflow, and the distance between jet apex and the core at each frequency. 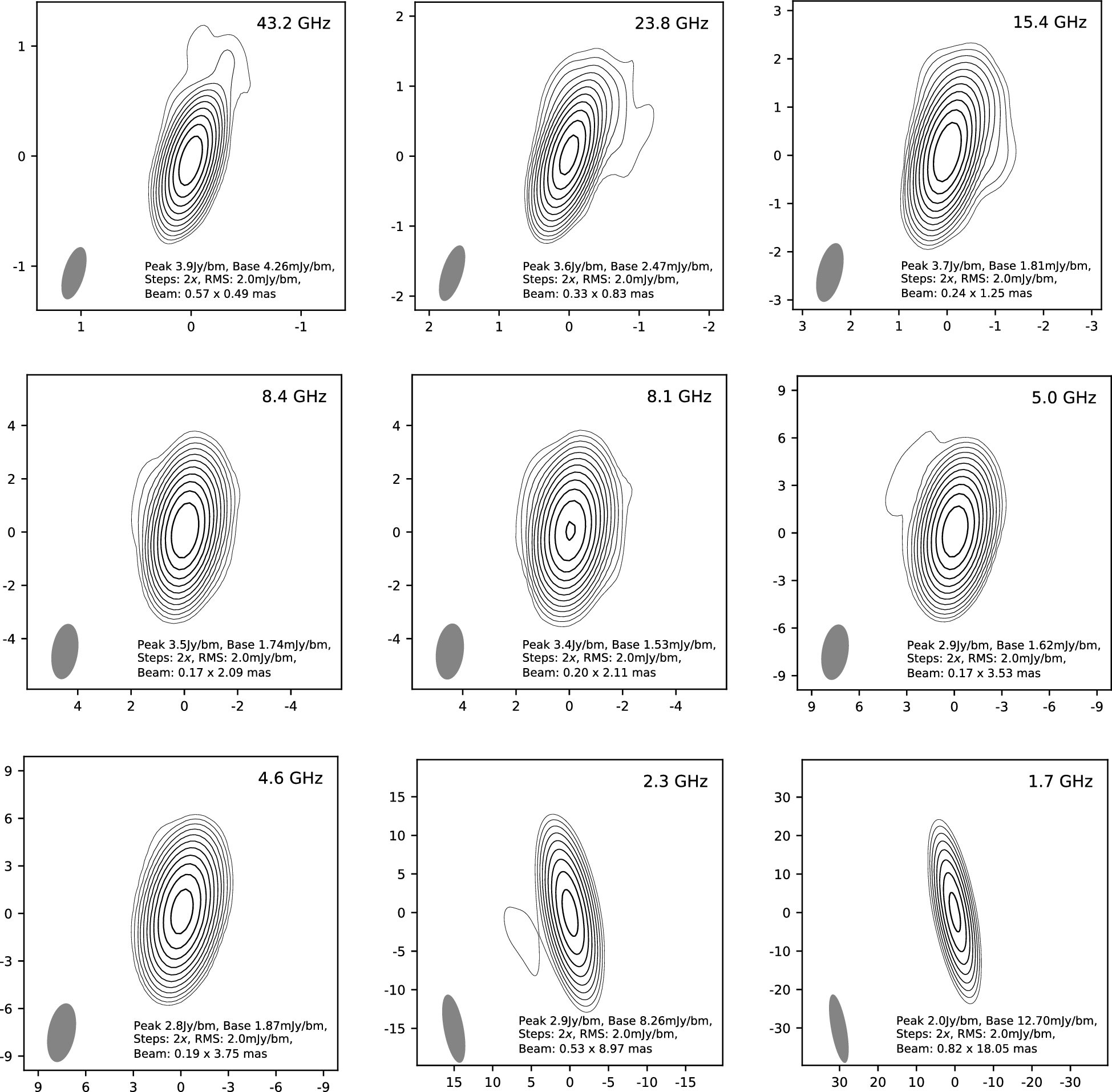