We present the discovery of NGTS-1b, a hot Jupiter transiting an early M-dwarf host (Teff,* = 3916 ^{+71}_{-63} K) in a P = 2.647 d orbit discovered as part of the Next Generation Transit Survey (NGTS). The planet has a mass of 0.812 ^{+0.066}_{-0.075} MJ, making it the most massive planet ever discovered transiting an M-dwarf. The radius of the planet is 1.33 ^{+0.61}_{-0.33} RJ. Since the transit is grazing, we determine this radius by modelling the data and placing a prior on the density from the population of known gas giant planets. NGTS-1b is the third transiting giant planet found around an M-dwarf, reinforcing the notion that close-in gas giants can form and migrate similar to the known population of hot Jupiters around solar-type stars. The host star shows no signs of activity, and the kinematics hint at the star being from the thick disc population. With a deep (2.5 per cent) transit around a K = 11.9 host, NGTS-1b will be a strong candidate to probe giant planet composition around M-dwarfs via James Webb Space Telescope transmission spectroscopy. 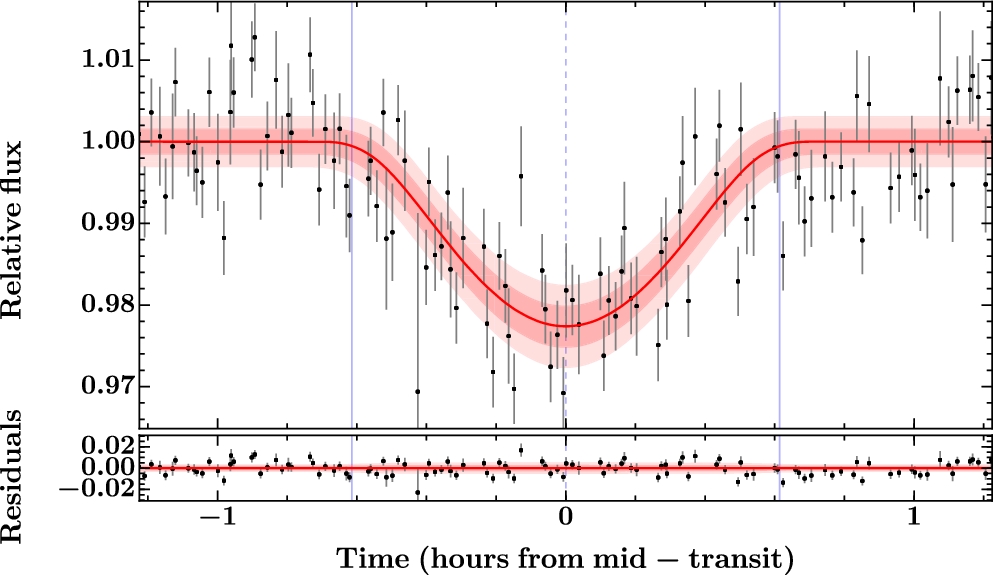