Formation of supermassive stars (SMSs) with mass ≳104 M☉ is a promising pathway to seed the formation of supermassive black holes in the early universe. The so-called direct-collapse (DC) model postulates that such an SMS forms in a hot gas cloud irradiated by a nearby star-forming galaxy. We study the DC SMS formation in a fully cosmological context using three-dimensional radiation hydrodynamics simulations. We initialize our simulations using the outputs of the cosmological simulation of Chon et al., where two DC gas clouds are identified. The long-term evolution over a hundred thousand years is followed from the formation of embryo protostars through their growth to SMSs. We show that the strength of the tidal force by a nearby galaxy determines the multiplicity of the formed stars and affects the protostellar growth. In one case, where a collapsing cloud is significantly stretched by strong tidal force, multiple star-disc systems are formed via filament fragmentation. Small-scale fragmentation occurs in each circumstellar disc, and more than 10 stars with masses of a few ×103 M☉ are finally formed. Interestingly, about a half of them are found as massive binary stars. In the other case, the gas cloud collapses nearly spherically under a relatively weak tidal field, and a single star-disc system is formed. Only a few SMSs with masses ∼104 M☉ are found already after evolution of a hundred thousand years, and the SMSs are expected to grow further by gas accretion and to leave massive black holes at the end of their lives. 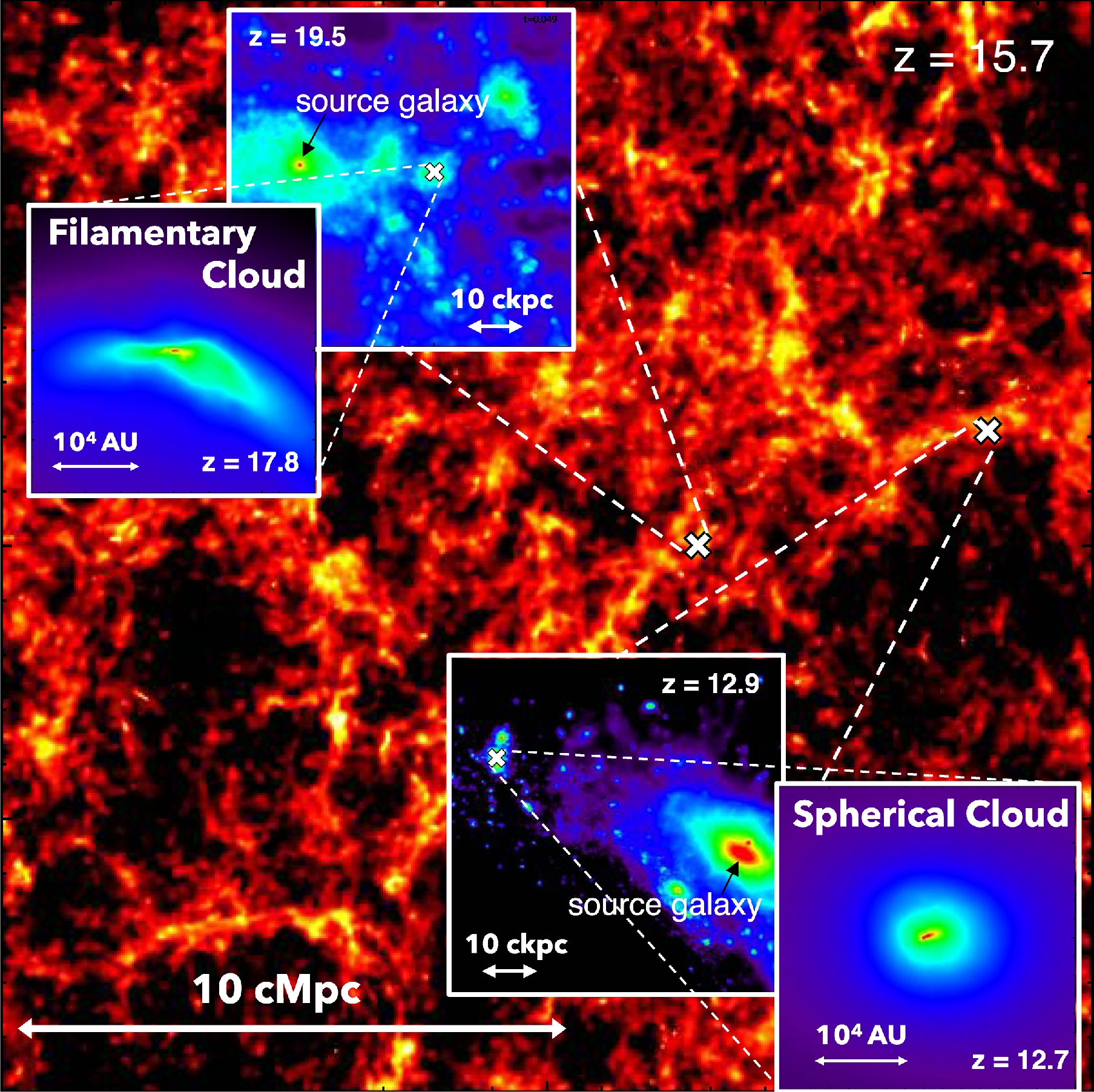