The Hubble Space Telescope UV Legacy Survey of Galactic Globular Clusters is providing a major breakthrough in our knowledge of globular clusters (GCs) and their stellar populations. Among the main results, we discovered that all the studied GCs host two main discrete groups consisting of first generation (1G) and second generation (2G) stars. We exploit the multiwavelength photometry from this project to investigate, for the first time, the Red Giant Branch Bump (RGBB) of the two generations in a large sample of GCs. We identified, with high statistical significance, the RGBB of 1G and 2G stars in 26 GCs and found that their magnitude separation as a function of the filter wavelength follows comparable trends. The comparison of observations to synthetic spectra reveals that the RGBB luminosity depends on the stellar chemical composition and that the 2G RGBB is consistent with stars enhanced in He and N and depleted in C and O with respect to 1G stars. For metal-poor GCs the 1G and 2G RGBB relative luminosity in optical bands mostly depends on helium content, Y. We used the RGBB observations in F606W and F814W bands to infer the relative helium abundance of 1G and 2G stars in 18 GCs, finding an average helium enhancement ∆Y = 0.011 ± 0.002 of 2G stars with respect to 1G stars. This is the first determination of the average difference in helium abundance of multiple populations in a large number of clusters and provides a lower limit to the maximum internal variation of helium in GCs. 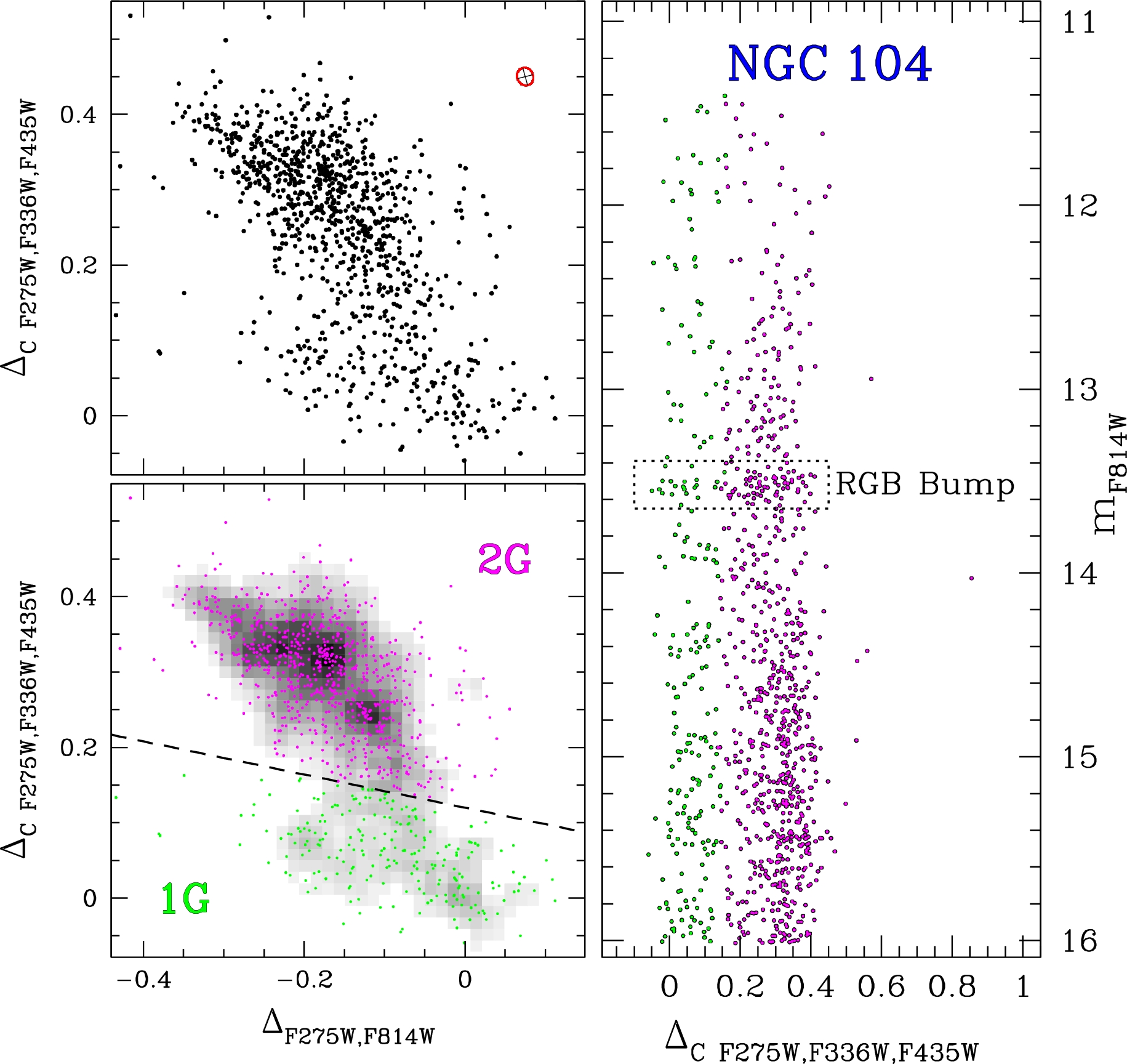