HD 156324 is an SB3 (B2V/B5V/B5V) system in the Sco OB4 association. The He-strong primary possesses both a strong magnetic field and Hα emission believed to originate in its centrifugal magnetosphere. We analyse a large spectroscopic and high-resolution spectropolarimetric data set. The radial velocities (RVs) indicate that the system is composed of two subsystems, which we designate A and B. Period analysis of the RVs of the three components yields orbital periods Porb = 1.5806(1) d for the Aa and Ab components, and Porb = 6.67(2) d for the B component, a PGa star. Period analysis of the longitudinal magnetic field <Bz> and Hα equivalent widths, which should both be sensitive to the rotational period Prot of the magnetic Aa component, both yield ∼1.58 d. Since Porb = Prot Aa and Ab must be tidally locked. Consistent with this, the orbit is circularized, and the rotational and orbital inclinations are identical within uncertainty, as are the semimajor axis and the Kepler corotation radius. The star's Hα emission morphology differs markedly from both theoretical and observational expectations in that there is only one, rather than two, emission peaks. We propose that this unusual morphology may be a consequence of modification of the gravitocentrifugal potential by the presence of the close stellar companion. We also obtain upper limits on the magnetic dipole strength Bd for the Ab and B components, respectively, finding Bd < 2.6 and <0.7 kG. 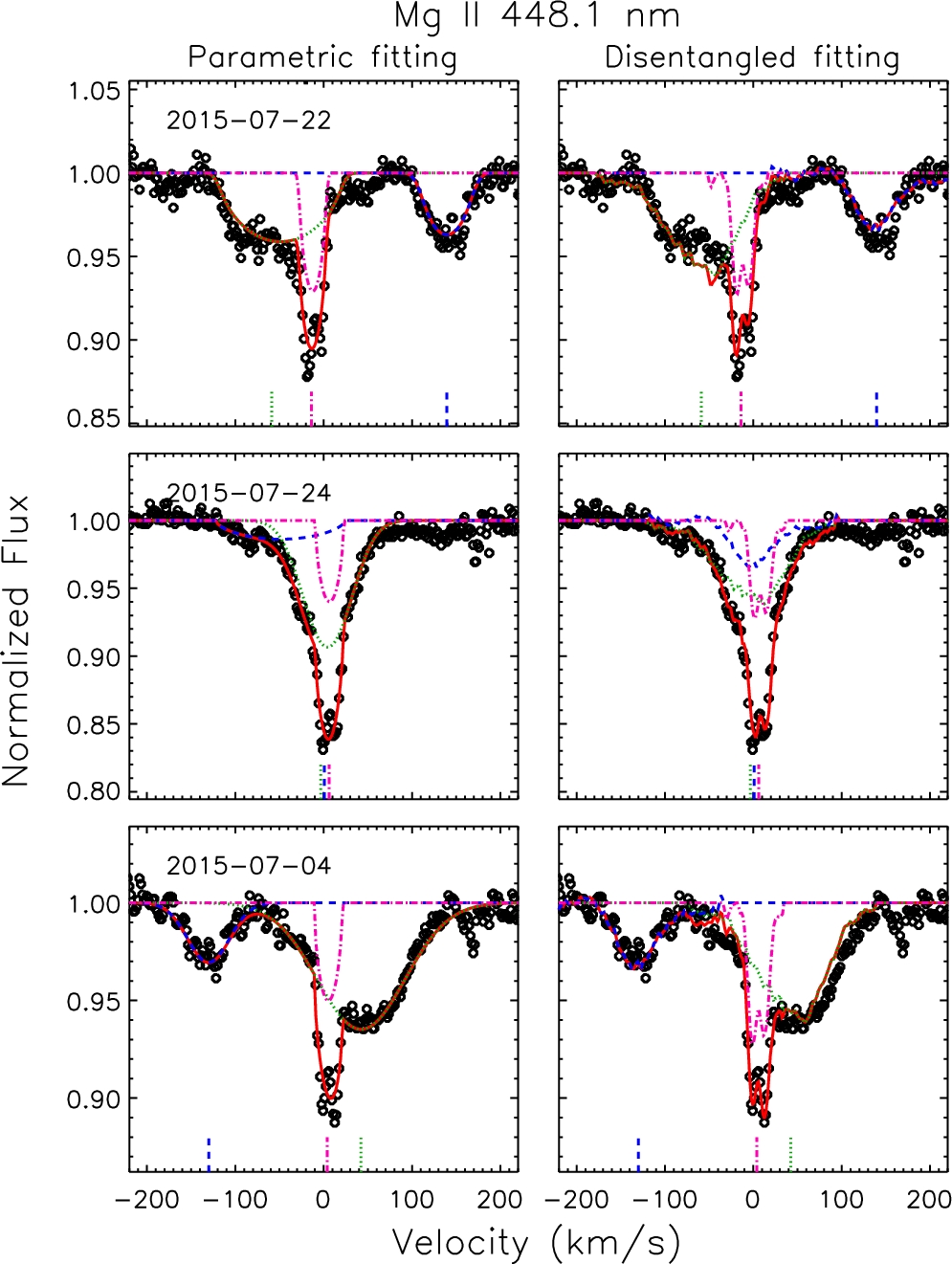