First results from the IllustrisTNG simulations: the galaxy colour bimodality

We introduce the first two simulations of the IllustrisTNG project, a next generation of cosmological magnetohydrodynamical simulations, focusing on the optical colours of galaxies. We explore TNG100, a rerun of the original Illustris box, and TNG300, which includes 2 × 25003 resolution elements in a volume 20 times larger. Here, we present first results on the galaxy colour bimodality at low redshift. Accounting for the attenuation of stellar light by dust, we compare the simulated (g - r) colours of 109 < M⋆/M⊙ < 1012.5 galaxies to the observed distribution from the Sloan Digital Sky Survey. We find a striking improvement with respect to the original Illustris simulation, as well as excellent quantitative agreement with the observations, with a sharp transition in median colour from blue to red at a characteristic M⋆ ∼ 1010.5 M⊙. Investigating the build-up of the colour-mass plane and the formation of the red sequence, we demonstrate that the primary driver of galaxy colour transition is supermassive black hole feedback in its low accretion state. Across the entire population the median colour transition time-scale Δtgreen is ∼1.6 Gyr, a value which drops for increasingly massive galaxies. We find signatures of the physical process of quenching: at fixed stellar mass, redder galaxies have lower star formation rates, gas fractions, and gas metallicities; their stellar populations are also older and their large-scale interstellar magnetic fields weaker than in bluer galaxies. Finally, we measure the amount of stellar mass growth on the red sequence. Galaxies with M⋆ > 1011 M⊙ which redden at z < 1 accumulate on average ∼25 per cent of their final z = 0 mass post-reddening; at the same time, ∼18 per cent of such massive galaxies acquire half or more of their final stellar mass while on the red sequence. 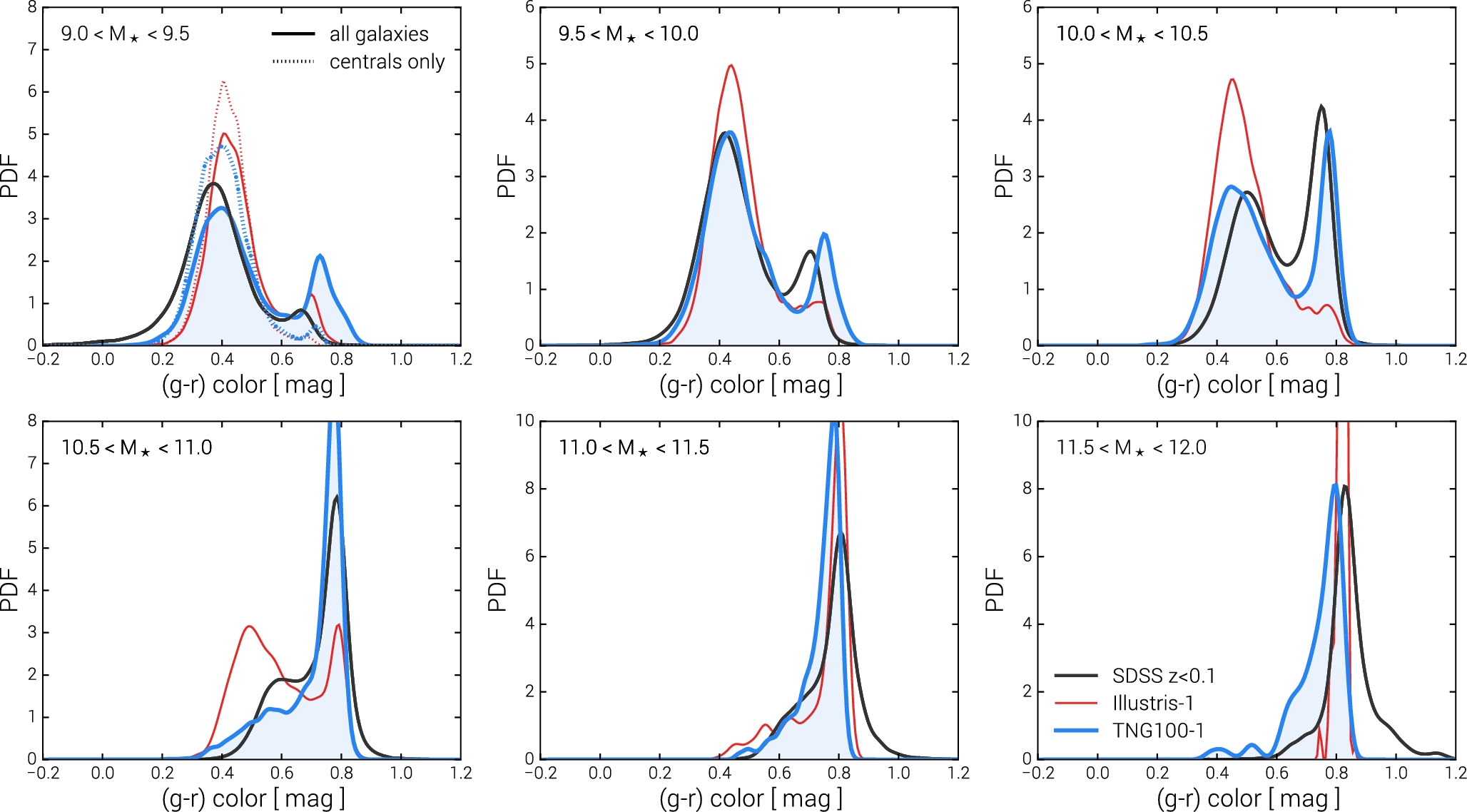