A comparison between SALT/SAAO observations and kilonova models for AT 2017gfo: the first electromagnetic counterpart of a gravitational wave transient - GW170817

We report on SALT low-resolution optical spectroscopy and optical/IR photometry undertaken with other SAAO telescopes (MASTER-SAAO and IRSF) of the kilonova AT 2017gfo (a.k.a. SSS17a) in the galaxy NGC4993 during the first 10 d of discovery. This event has been identified as the first ever electromagnetic counterpart of a gravitational wave event, namely GW170817, which was detected by the LIGO and Virgo gravitational wave observatories. The event is likely due to a merger of two neutron stars, resulting in a kilonova explosion. SALT was the third observatory to obtain spectroscopy of AT 2017gfo and the first spectrum, 1.2 d after the merger, is quite blue and shows some broad features, but no identifiable spectral lines and becomes redder by the second night. We compare the spectral and photometric evolution with recent kilonova simulations and conclude that they are in qualitative agreement for post-merger wind models with proton:nucleon ratios of Ye = 0.25-0.30. The blue colour of the first spectrum is consistent with the lower opacity of the lanthanide-free r-process elements in the ejecta. Differences between the models and observations are likely due to the choice of system parameters combined with the absence of atomic data for more elements in the ejecta models. 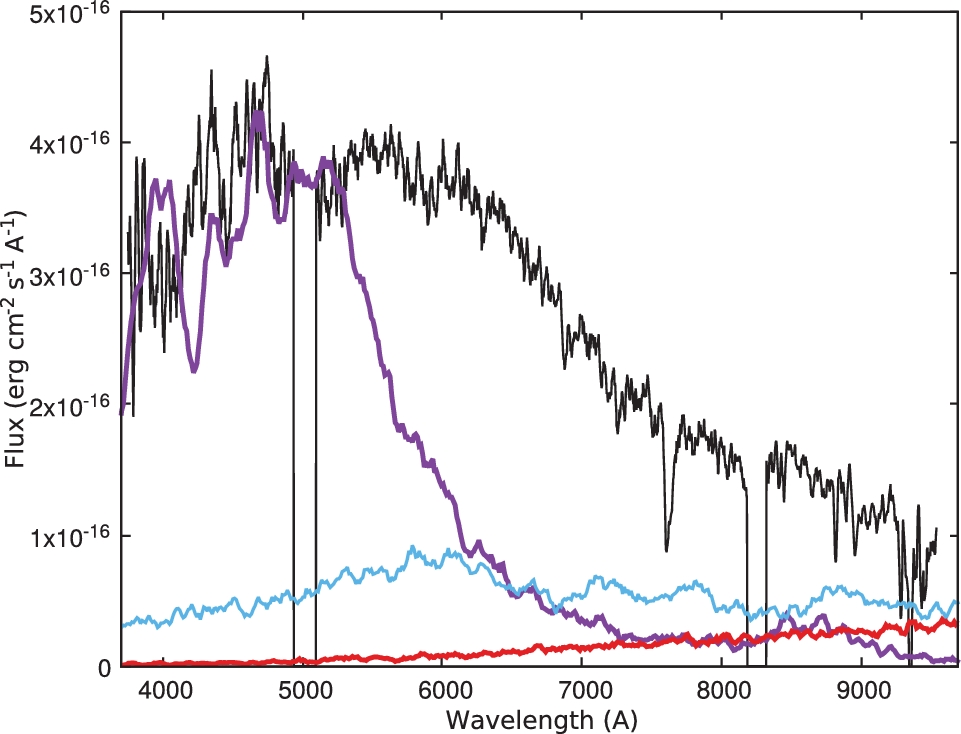