Emission line galaxies (ELGs) are used in several ongoing and upcoming surveys (SDSS-IV/eBOSS, DESI) as tracers of the dark matter distribution. Using a new galaxy formation model, we explore the characteristics of [O II] emitters, which dominate optical ELG selections at z ≃ 1. Model [O II] emitters at 0.5 < z < 1.5 are selected to mimic the DEEP2, VVDS, eBOSS and DESI surveys. The luminosity functions of model [O II] emitters are in reasonable agreement with observations. The selected [O II] emitters are hosted by haloes with Mhalo ≥ 1010.3h-1M⊙, with ∼90 per cent of them being central star-forming galaxies. The predicted mean halo occupation distributions of [O II] emitters have a shape typical of that inferred for star-forming galaxies, with the contribution from central galaxies, < N > _{[O II] cen}, being far from the canonical step function. The < N > _{[O II] cen}} can be described as the sum of an asymmetric Gaussian for discs and a step function for spheroids, which plateau below unity. The model [O II] emitters have a clustering bias close to unity, which is below the expectations for eBOSS and DESI ELGs. At z ∼ 1, a comparison with observed g-band-selected galaxy, which is expected to be dominated by [O II] emitters, indicates that our model produces too few [O II] emitters that are satellite galaxies. This suggests the need to revise our modelling of hot gas stripping in satellite galaxies. 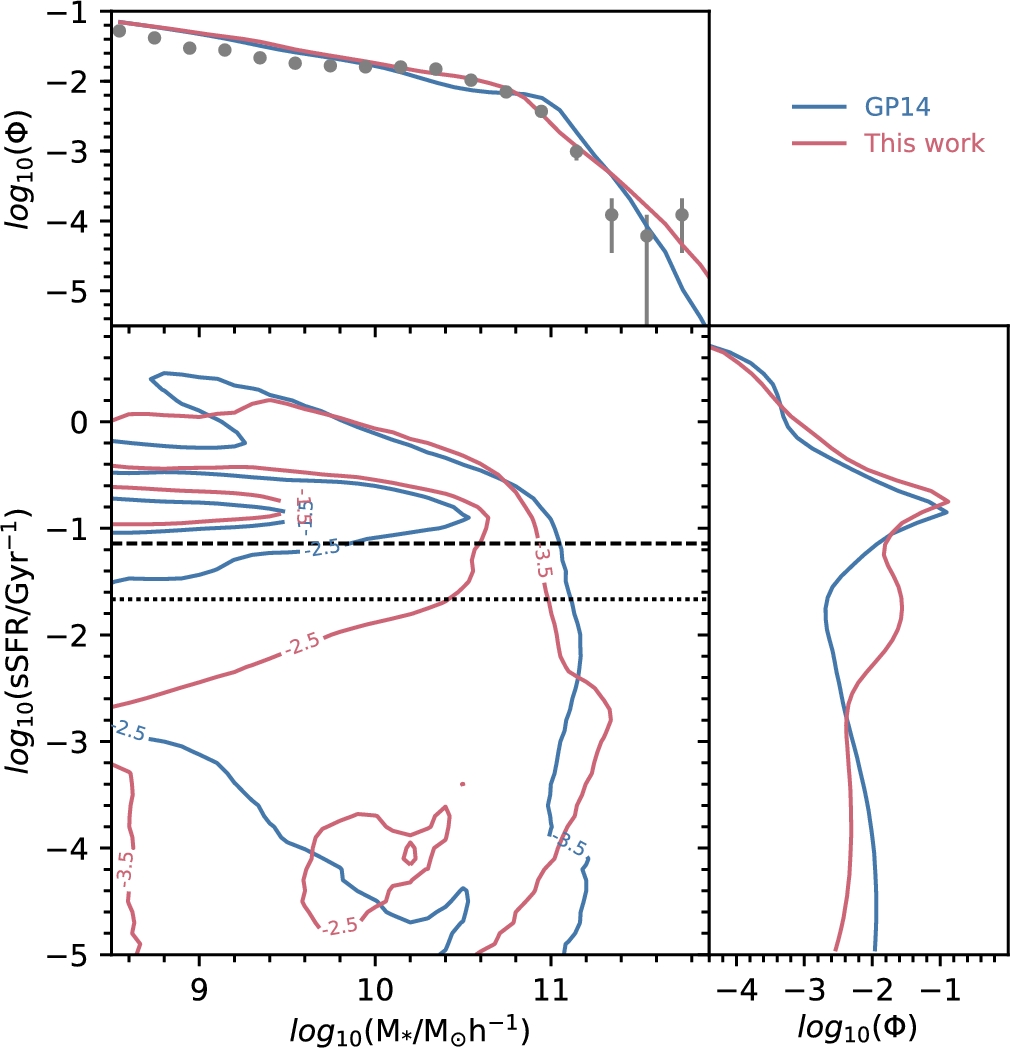