Supernovae 2016bdu and 2005gl, and their link with SN 2009ip-like transients: another piece of the puzzle

Supernova (SN) 2016bdu is an unusual transient resembling SN 2009ip. SN 2009ip-like events are characterized by a long-lasting phase of erratic variability which ends with two luminous outbursts a few weeks apart. The second outburst is significantly more luminous (about 3 mag) than the first. In the case of SN 2016bdu, the first outburst (Event A) reached an absolute magnitude M(r) ~ -15.3 mag, while the second one (Event B) occurred over one month later and reached M(r) ~ -18 mag. By inspecting archival data, a faint source at the position of SN 2016bdu is detectable several times in the past few years. We interpret these detections as signatures of a phase of erratic variability, similar to that experienced by SN 2009ip between 2008 and mid-2012, and resembling the currently observed variability of the luminous blue variable SN 2000ch in NGC 3432. Spectroscopic monitoring of SN 2016bdu during the second peak initially shows features typical of a SN IIn. One month after the Event B maximum, the spectra develop broad Balmer lines with P Cygni profiles and broad metal features. At these late phases, the spectra resemble those of a typical Type II SN. All members of this SN 2009ip-like group are remarkably similar to the Type IIn SN 2005gl. For this object, the claim of a terminal SN explosion is supported by the disappearance of the progenitor star. The similarity with SN 2005gl suggests that all members of this family may finally explode as genuine SNe, although the unequivocal detection of nucleosynthesised elements in their nebular spectra is still missing. 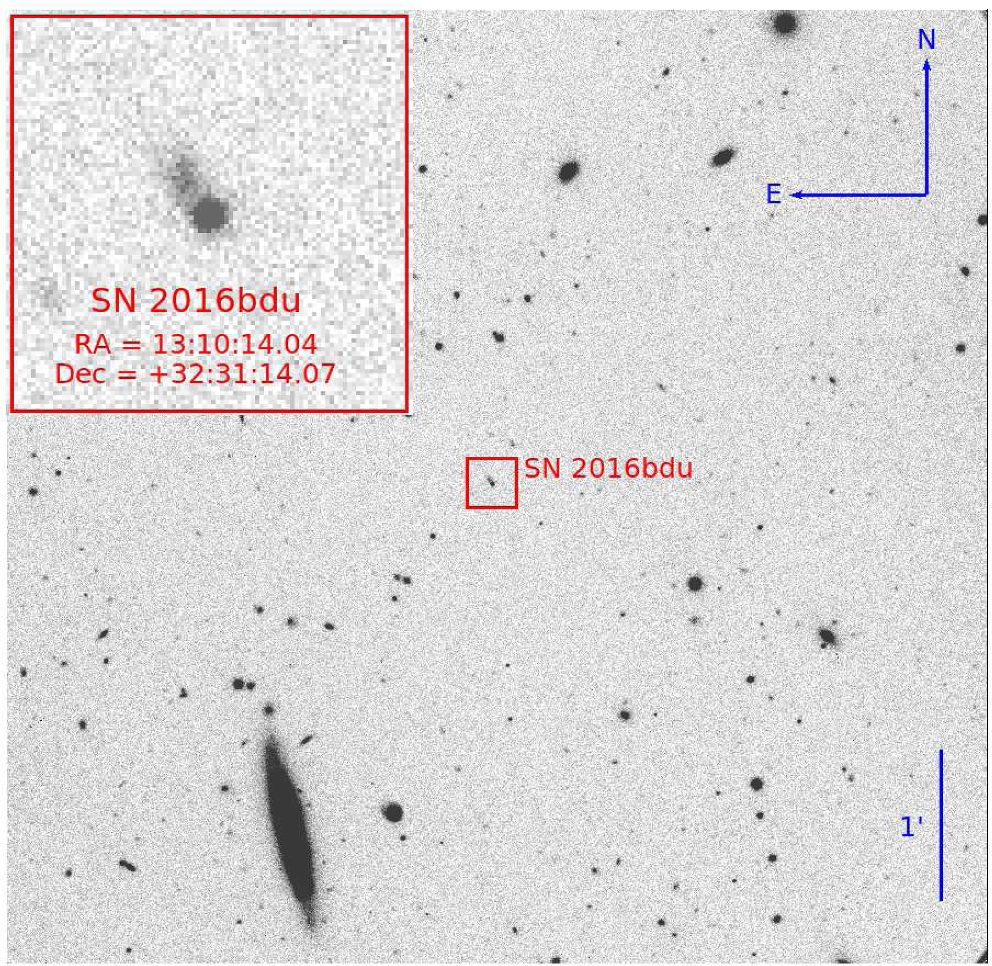