As part of the mm-Wave Interferometric Survey of Dark Object Masses project we present an estimate of the mass of the supermassive black hole (SMBH) in the nearby fast-rotating early-type galaxy NGC4429, that is barred and has a boxy/peanut-shaped bulge. This estimate is based on Atacama Large Millimeter/submillimeter Array (ALMA) cycle-2 observations of the 12CO(3-2) emission line with a linear resolution of ≈13 pc (0.18 arcsec × 0.14 arcsec). NGC4429 has a relaxed, flocculent nuclear disc of molecular gas that is truncated at small radii, likely due to the combined effects of gas stability and tidal shear. The warm/dense 12CO(3-2) emitting gas is confined to the inner parts of this disc, likely again because the gas becomes more stable at larger radii, preventing star formation. The gas disc has a low velocity dispersion of 2.2^{+0.68}_{-0.65} km s-1. Despite the inner truncation of the gas disc, we are able to model the kinematics of the gas and estimate a mass of (1.5 ± 0.1^{+0.15}_{-0.35}) × 108 M⊙ for the SMBH in NGC4429 (where the quoted uncertainties reflect the random and systematic uncertainties, respectively), consistent with a previous upper limit set using ionized gas kinematics. We confirm that the V-band mass-to-light ratio changes by ≈30 per cent within the inner 400 pc of NGC4429, as suggested by other authors. This SMBH mass measurement based on molecular gas kinematics, the sixth presented in the literature, once again demonstrates the power of ALMA to constrain SMBH masses. 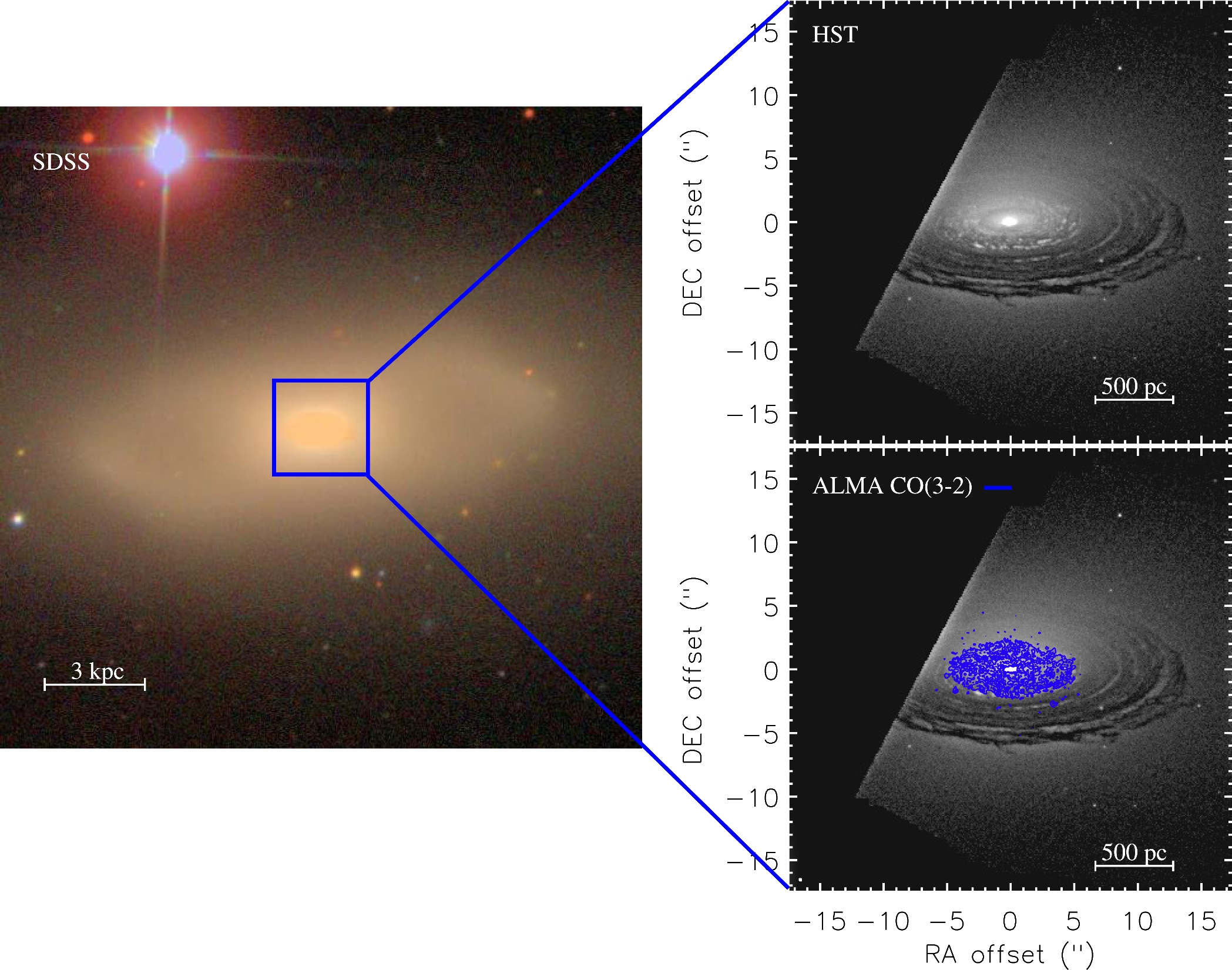