Context. Extremely metal-poor stars are keys to understand the early evolution of our Galaxy. The ESO large programme TOPoS has been tailored to analyse a new set of metal-poor turn-off stars, whereas most of the previously known extremely metal-poor stars are giant stars.
Aims: Sixty five turn-off stars (preselected from SDSS spectra) have been observed with the X-shooter spectrograph at the ESO VLT Unit Telescope 2, to derive accurate and detailed abundances of magnesium, silicon, calcium, iron, strontium and barium.
Methods: We analysed medium-resolution spectra (R ≃ 10 000) obtained with the ESO X-shooter spectrograph and computed the abundances of several α and neutron-capture elements using standard one-dimensional local thermodynamic equilibrium (1D LTE) model atmospheres.
Results: Our results confirms the super-solar [Mg/Fe] and [Ca/Fe] ratios in metal-poor turn-off stars as observed in metal-poor giant stars. We found a significant spread of the [α/Fe] ratios with several stars showing subsolar [Ca/Fe] ratios. We could measure the abundance of strontium in 12 stars of the sample, leading to abundance ratios [Sr/Fe] around the Solar value. We detected barium in two stars of the sample. One of the stars (SDSS J114424-004658) shows both very high [Ba/Fe] and [Sr/Fe] abundance ratios (>1 dex).

Based on observations collected at the European Organisation for Astronomical Research in the Southern Hemisphere under ESO programme ID 189.D-0165. Equivalent widths of the Fe lines are only, and Tables A.1 and A.2 are also available at the CDS via anonymous ftp to http://cdsarc.u-strasbg.fr (ftp://130.79.128.5) or via http://cdsarc.u-strasbg.fr/viz-bin/qcat?J/A+A/620/A187 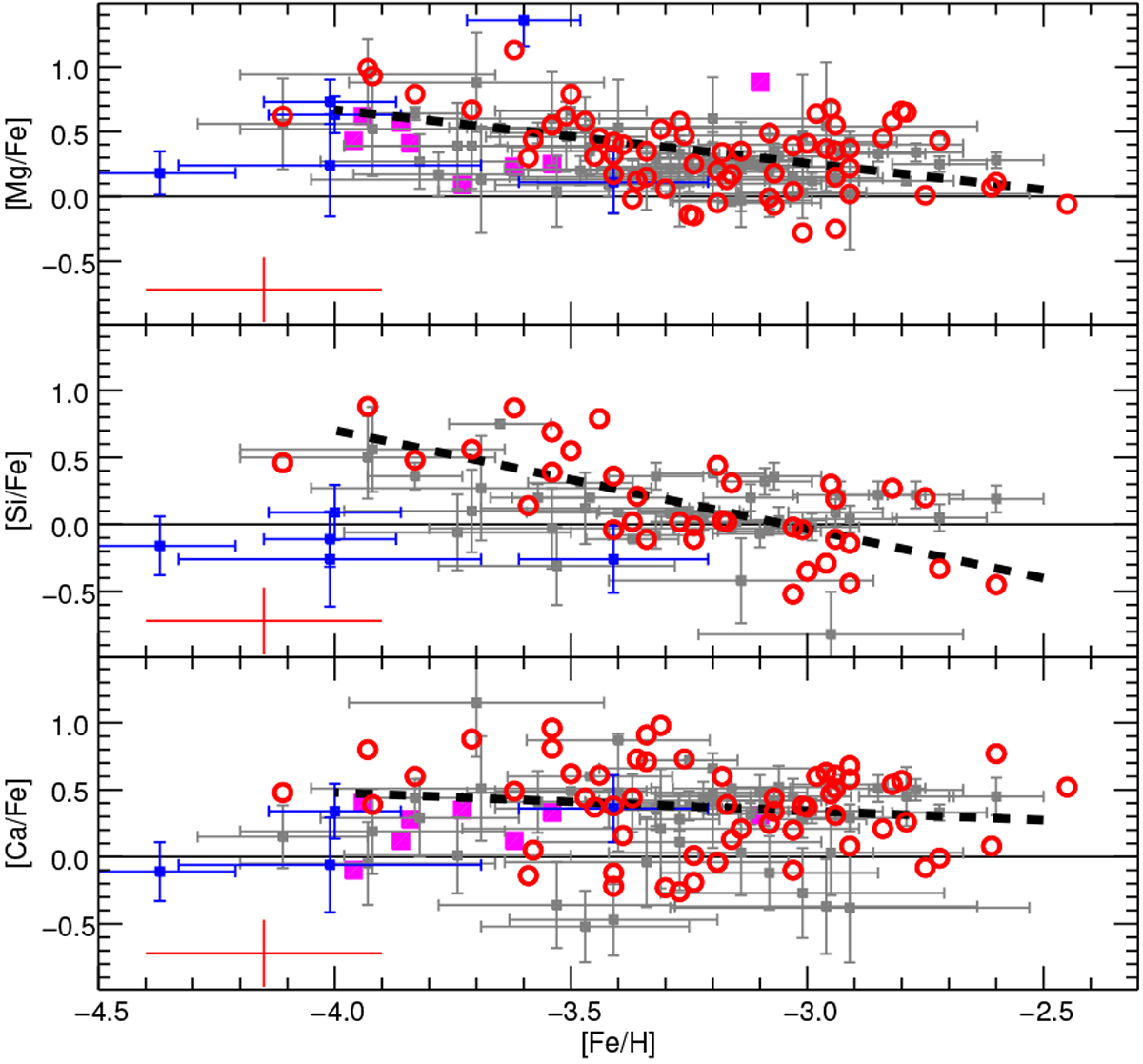