A unifying theory of dark energy and dark matter: Negative masses and matter creation within a modified ΛCDM framework ⋆

Dark energy and dark matter constitute 95% of the observable Universe. Yet the physical nature of these two phenomena remains a mystery. Einstein suggested a long-forgotten solution: gravitationally repulsive negative masses, which drive cosmic expansion and cannot coalesce into light-emitting structures. However, contemporary cosmological results are derived upon the reasonable assumption that the Universe only contains positive masses. By reconsidering this assumption, I have constructed a toy model which suggests that both dark phenomena can be unified into a single negative mass fluid. The model is a modified ΛCDM cosmology, and indicates that continuously-created negative masses can resemble the cosmological constant and can flatten the rotation curves of galaxies. The model leads to a cyclic universe with a time-variable Hubble parameter, potentially providing compatibility with the current tension that is emerging in cosmological measurements. In the first three-dimensional N-body simulations of negative mass matter in the scientific literature, this exotic material naturally forms haloes around galaxies that extend to several galactic radii. These haloes are not cuspy. The proposed cosmological model is therefore able to predict the observed distribution of dark matter in galaxies from first principles. The model makes several testable predictions and seems to have the potential to be consistent with observational evidence from distant supernovae, the cosmic microwave background, and galaxy clusters. These findings may imply that negative masses are a real and physical aspect of our Universe, or alternatively may imply the existence of a superseding theory that in some limit can be modelled by effective negative masses. Both cases lead to the surprising conclusion that the compelling puzzle of the dark Universe may have been due to a simple sign error.

The codes used for the N-body simulations can be downloaded at: https://github.com/jamiefarnes/negative-mass-simulatorMovies associated to Figs. 3 and 6 are available at https://www.aanda.org 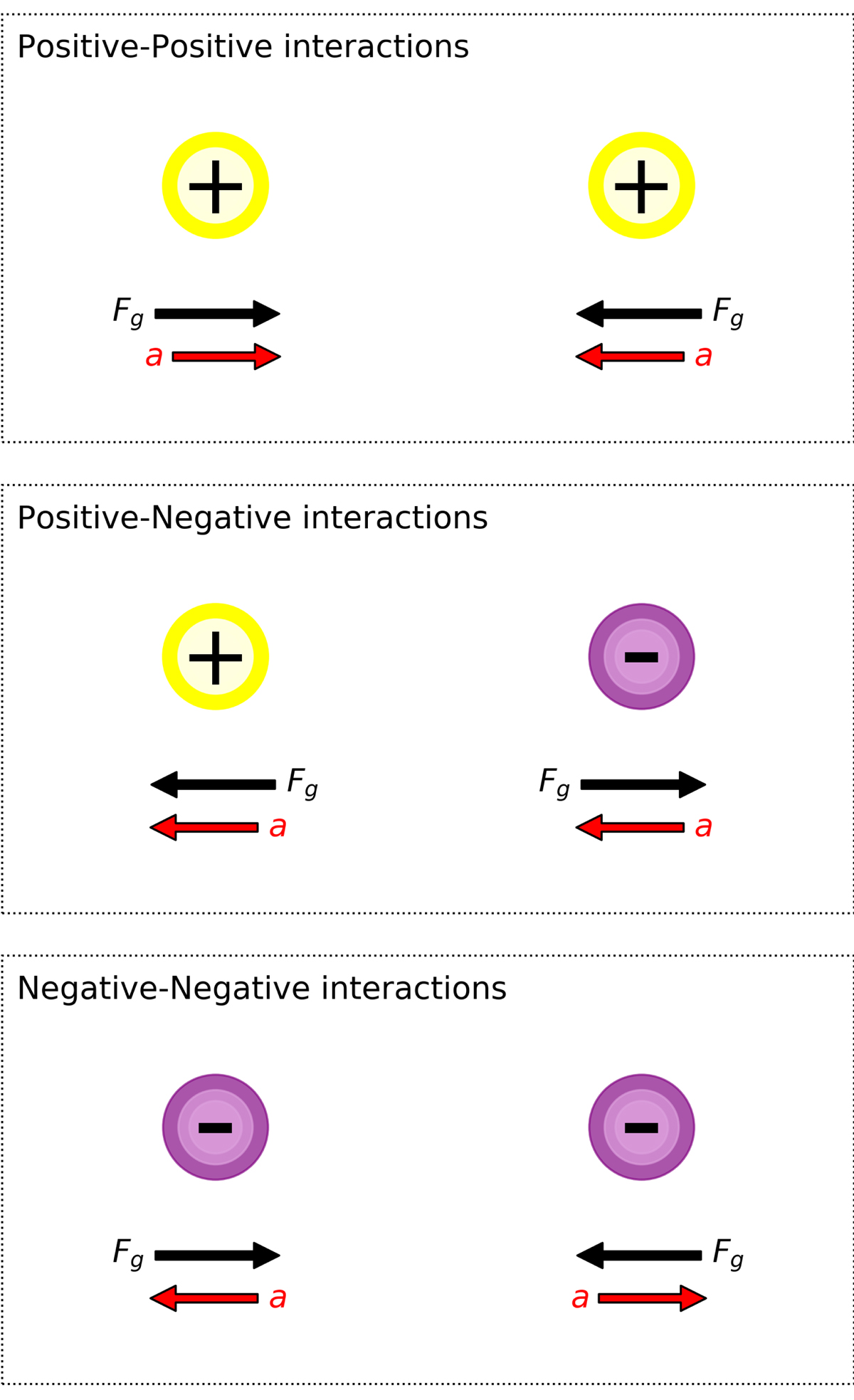