Context. Multiplicity and clustering of young pre-main sequence stars appear as critical clues to understand and constrain the star formation process. Taurus is the archetypical example of the most quiescent star forming regions that may still retain primeval signatures of star formation.
Aims: This work identifies local overdense stellar structures as a critical scale between wide pairs and loose groups in Taurus.
Methods: Using the density-based spatial clustering of applications with noise (dbscan) algorithm, and setting its free parameters based on the one-point correlation function and the k-nearest neighbor statistics, we have extracted reliably overdense structures from the sky-projected spatial distribution of stars.
Results: Nearly half of the entire stellar population in Taurus is found to be concentrated in 20 very dense, tiny and prolate regions called NESTs (for Nested Elementary STructures). They are regularly spaced (≈2 pc) and mainly oriented along the principal gas filaments axes. Each NEST contains between four and 23 stars. Inside NESTs, the surface density of stars may be as high as 2500 pc-2 and the mean value is 340 pc-2. Nearly half (11) of these NESTs contain about 75% of the class 0 and I objects. The balance between Class I, II, and, III fraction within the NESTs suggests that they may be ordered as an evolutionary temporal scheme, some of them getting infertile with time, while other still giving birth to young stars. We have inferred that only 20% of stars in Taurus do not belong to any kind of stellar groups (either multiple system, ultra wide pairs or NESTs). The mass-size relation for stellar NESTs is very close to the Bonnor-Ebert expectation. The range in mass is about the same as that of dense molecular cores. The distribution in size is bimodal peaking at 12.5 and 50 kAU and the distribution of the number of YSOs in NESTs as a function of size exhibits two regimes.
Conclusions: We propose that the NESTs in their two size regimes represent the spatial imprints of stellar distribution at birth as they may have emerged within few millions years from their natal cloud either from a single core or from a chain of cores. We have identified them as the preferred sites of star formation in Taurus. These NESTs are the regions of highest stellar density and intermediate spatial scale structures between ultra-wide pairs and loose groups. 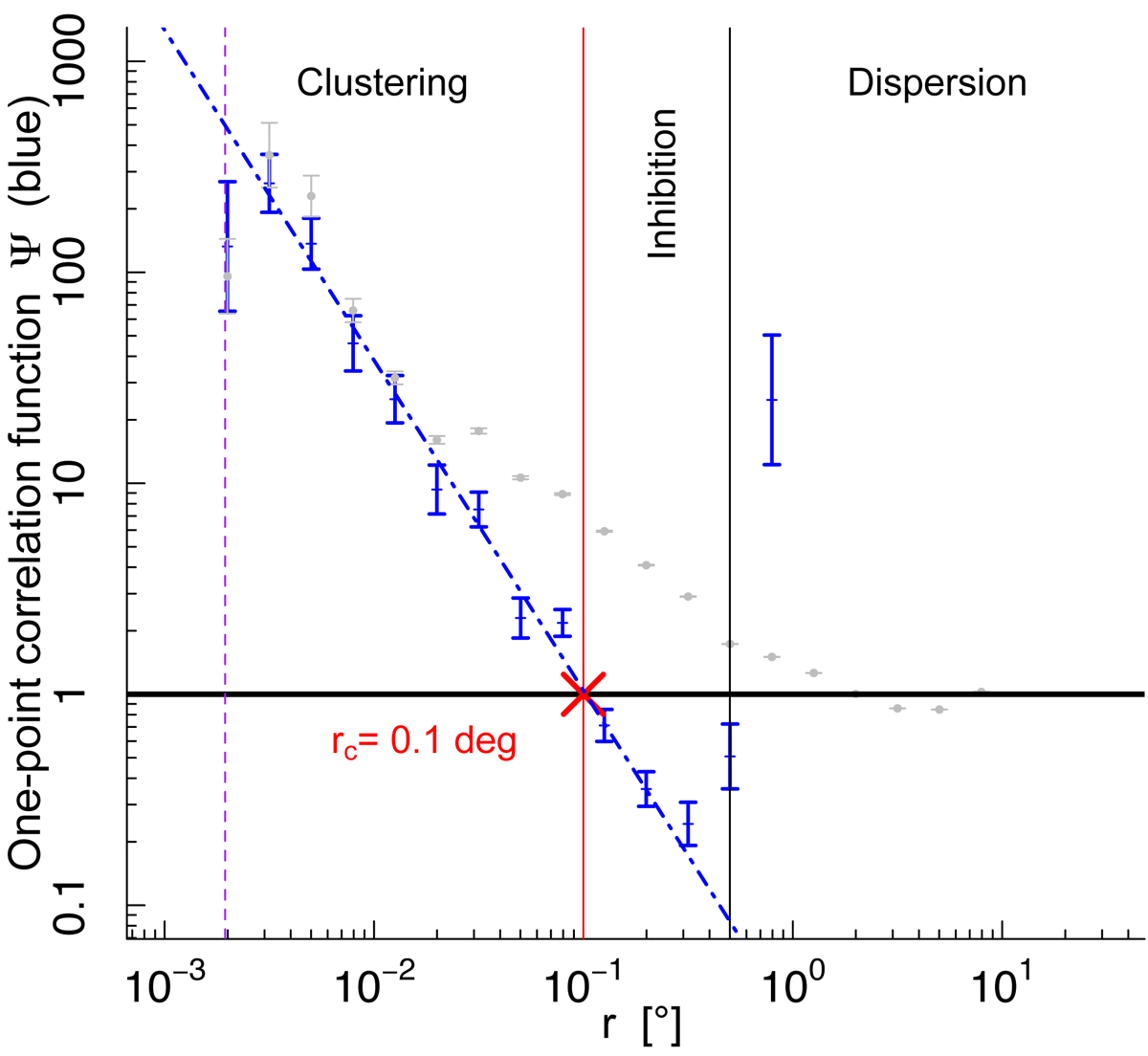