Context. The CARMENES spectrograph is surveying ∼300 M dwarf stars in search for exoplanets. Among the target stars, spectroscopic binary systems have been discovered, which can be used to measure fundamental properties of stars.
Aims: Using spectroscopic observations, we determine the orbital and physical properties of nine new double-line spectroscopic binary systems by analysing their radial velocity curves.
Methods: We use two-dimensional cross-correlation techniques to derive the radial velocities of the targets, which are then employed to determine the orbital properties. Photometric data from the literature are also analysed to search for possible eclipses and to measure stellar variability, which can yield rotation periods.
Results: Out of the 342 stars selected for the CARMENES survey, 9 have been found to be double-line spectroscopic binaries, with periods ranging from 1.13 to ∼8000 days and orbits with eccentricities up to 0.54. We provide empirical orbital properties and minimum masses for the sample of spectroscopic binaries. Absolute masses are also estimated from mass-luminosity calibrations, ranging between ∼0.1 and ∼0.6 M☉.
Conclusions: These new binary systems increase the number of double-line M dwarf binary systems with known orbital parameters by 15%, and they have lower mass ratios on average. 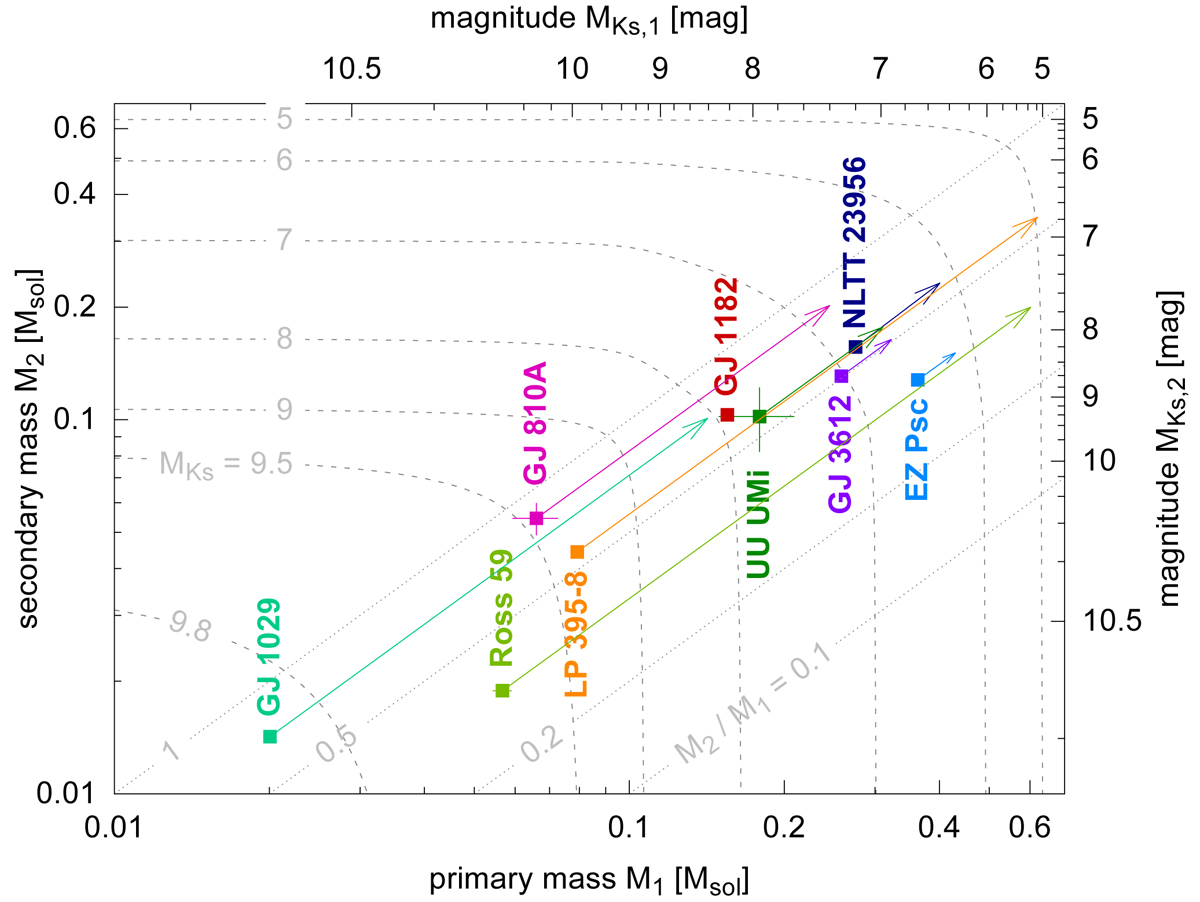