Star-forming galaxies have been found to follow a relatively tight relation between stellar mass (M*) and star formation rate (SFR), dubbed the "star formation sequence". A turnover in the sequence has been observed, where galaxies with M* < 1010 M⊙ follow a steeper relation than their higher mass counterparts, suggesting that the low-mass slope is (nearly) linear. In this paper, we characterise the properties of the low-mass end of the star formation sequence between 7 ≤ log M*[M⊙] ≤ 10.5 at redshift 0.11 < z < 0.91. We use the deepest MUSE observations of the Hubble Ultra Deep Field and the Hubble Deep Field South to construct a sample of 179 star-forming galaxies with high signal-to-noise emission lines. Dust-corrected SFRs are determined from Hβ λ4861 and Hα λ6563. We model the star formation sequence with a Gaussian distribution around a hyperplane between logM*, logSFR, and log(1 + z), to simultaneously constrain the slope, redshift evolution, and intrinsic scatter. We find a sub-linear slope for the low-mass regime where log SFR [M⊙yr-1] = 0.83+0.07-0.06 log M*[M⊙]+1.74+0.66-0.68 log(1 + z), increasing with redshift. We recover an intrinsic scatter in the relation of σintr = 0.44+0.05-0.04, dex, larger than typically found at higher masses. As both hydrodynamical simulations and (semi-)analytical models typically favour a steeper slope in the low-mass regime, our results provide new constraints on the feedback processes which operate preferentially in low-mass halos. 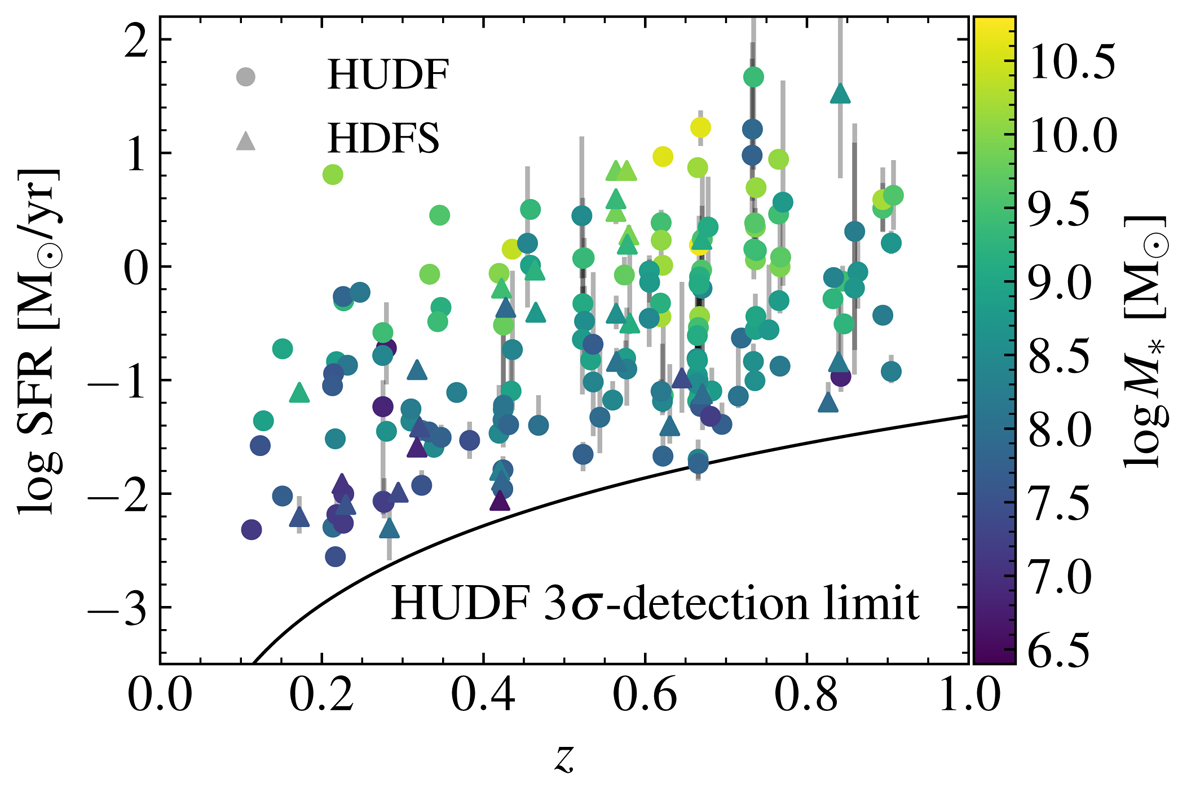