We present results of the detailed dust energy balance study for the seven large edge-on galaxies in the HEROES sample using three-dimensional (3D) radiative transfer (RT) modelling. Based on available optical and near-infrared (NIR) observations of the HEROES galaxies, we derive the 3D distribution of stars and dust in these galaxies. For the sake of uniformity, we apply the same technique to retrieve galaxy properties for the entire sample: we use a stellar model consisting of a Sérsic bulge and three double-exponential discs (a superthin disc for a young stellar population and thin and thick discs for old populations). For the dust component, we adopt a double-exponential disc with the new THEMIS dust-grain model. We fit oligochromatic RT models to the optical and NIR images with the fitting algorithm FITSKIRT and run panchromatic simulations with the SKIRT code at wavelengths ranging from ultraviolet to submillimeter. We confirm the previously stated dust energy balance problem in galaxies: for the HEROES galaxies, the dust emission derived from our RT calculations underestimates the real observations by a factor 1.5-4 for all galaxies except NGC 973 and NGC 5907 (apparently, the latter galaxy has a more complex geometry than we used). The comparison between our RT simulations and the observations at mid-infrared-submillimetre wavelengths shows that most of our galaxies exhibit complex dust morphologies (possible spiral arms, star-forming regions, more extended dust structure in the radial and vertical directions). We suggest that, in agreement with results from the literature, the large- and small-scale structure is the most probable explanation for the dust energy balance problem. 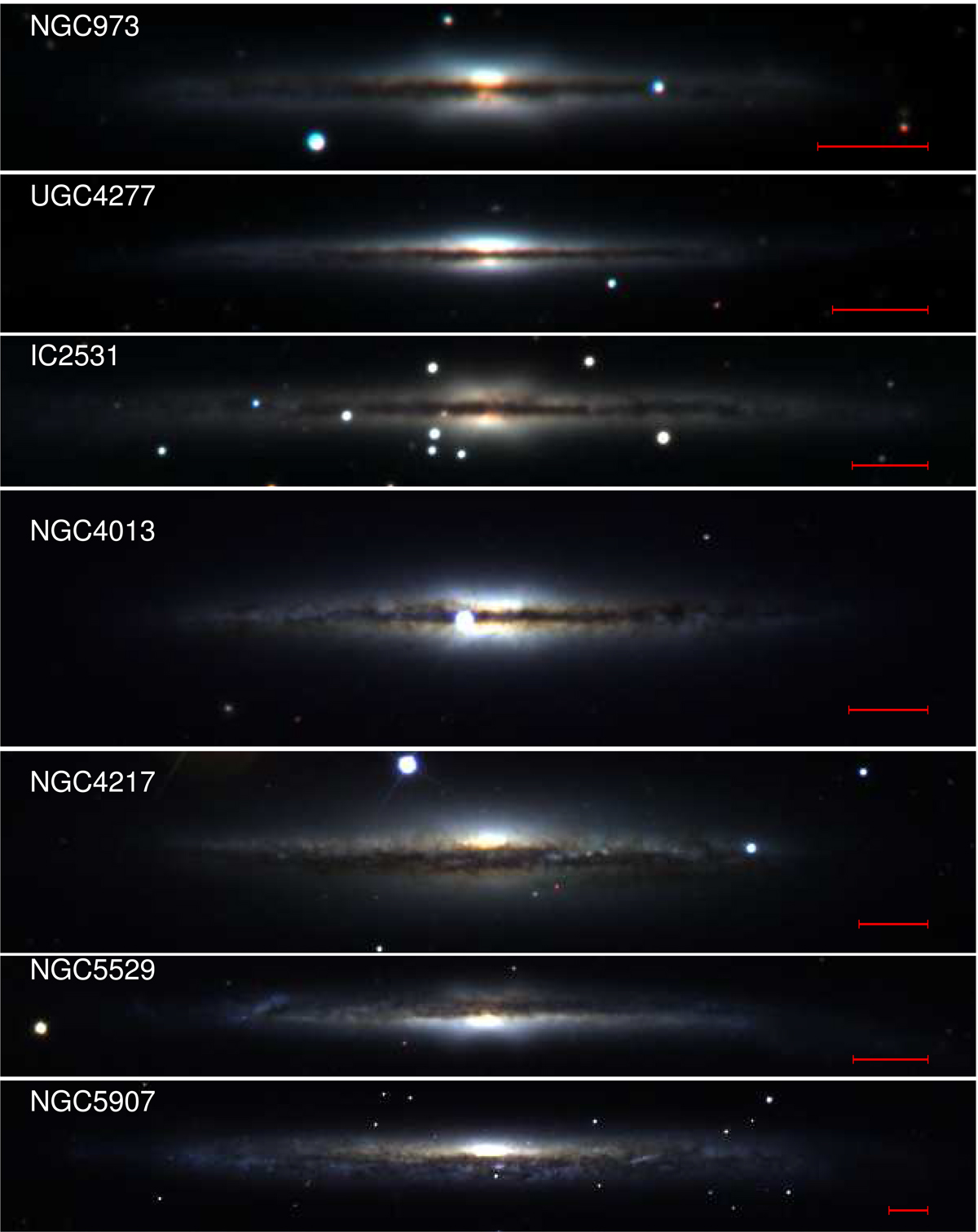