Context. The second Gaia data release (Gaia DR2) contains high-precision positions, parallaxes, and proper motions for 1.3 billion sources as well as line-of-sight velocities for 7.2 million stars brighter than GRVS = 12 mag. Both samples provide a full sky coverage.
Aims: To illustrate the potential of Gaia DR2, we provide a first look at the kinematics of the Milky Way disc, within a radius of several kiloparsecs around the Sun.
Methods: We benefit for the first time from a sample of 6.4 million F-G-K stars with full 6D phase-space coordinates, precise parallaxes (σϖ/ϖ ≤ 20%), and precise Galactic cylindrical velocities (median uncertainties of 0.9-1.4 km s-1 and 20% of the stars with uncertainties smaller than 1 km s-1 on all three components). From this sample, we extracted a sub-sample of 3.2 million giant stars to map the velocity field of the Galactic disc from 5 kpc to 13 kpc from the Galactic centre and up to 2 kpc above and below the plane. We also study the distribution of 0.3 million solar neighbourhood stars (r < 200 pc), with median velocity uncertainties of 0.4 km s-1, in velocity space and use the full sample to examine how the over-densities evolve in more distant regions.
Results: Gaia DR2 allows us to draw 3D maps of the Galactocentric median velocities and velocity dispersions with unprecedented accuracy, precision, and spatial resolution. The maps show the complexity and richness of the velocity field of the galactic disc. We observe streaming motions in all the components of the velocities as well as patterns in the velocity dispersions. For example, we confirm the previously reported negative and positive galactocentric radial velocity gradients in the inner and outer disc, respectively. Here, we see them as part of a non-axisymmetric kinematic oscillation, and we map its azimuthal and vertical behaviour. We also witness a new global arrangement of stars in the velocity plane of the solar neighbourhood and in distant regions in which stars are organised in thin substructures with the shape of circular arches that are oriented approximately along the horizontal direction in the U - V plane. Moreover, in distant regions, we see variations in the velocity substructures more clearly than ever before, in particular, variations in the velocity of the Hercules stream.
Conclusions: Gaia DR2 provides the largest existing full 6D phase-space coordinates catalogue. It also vastly increases the number of available distances and transverse velocities with respect to Gaia DR1. Gaia DR2 offers a great wealth of information on the Milky Way and reveals clear non-axisymmetric kinematic signatures within the Galactic disc, for instance. It is now up to the astronomical community to explore its full potential. 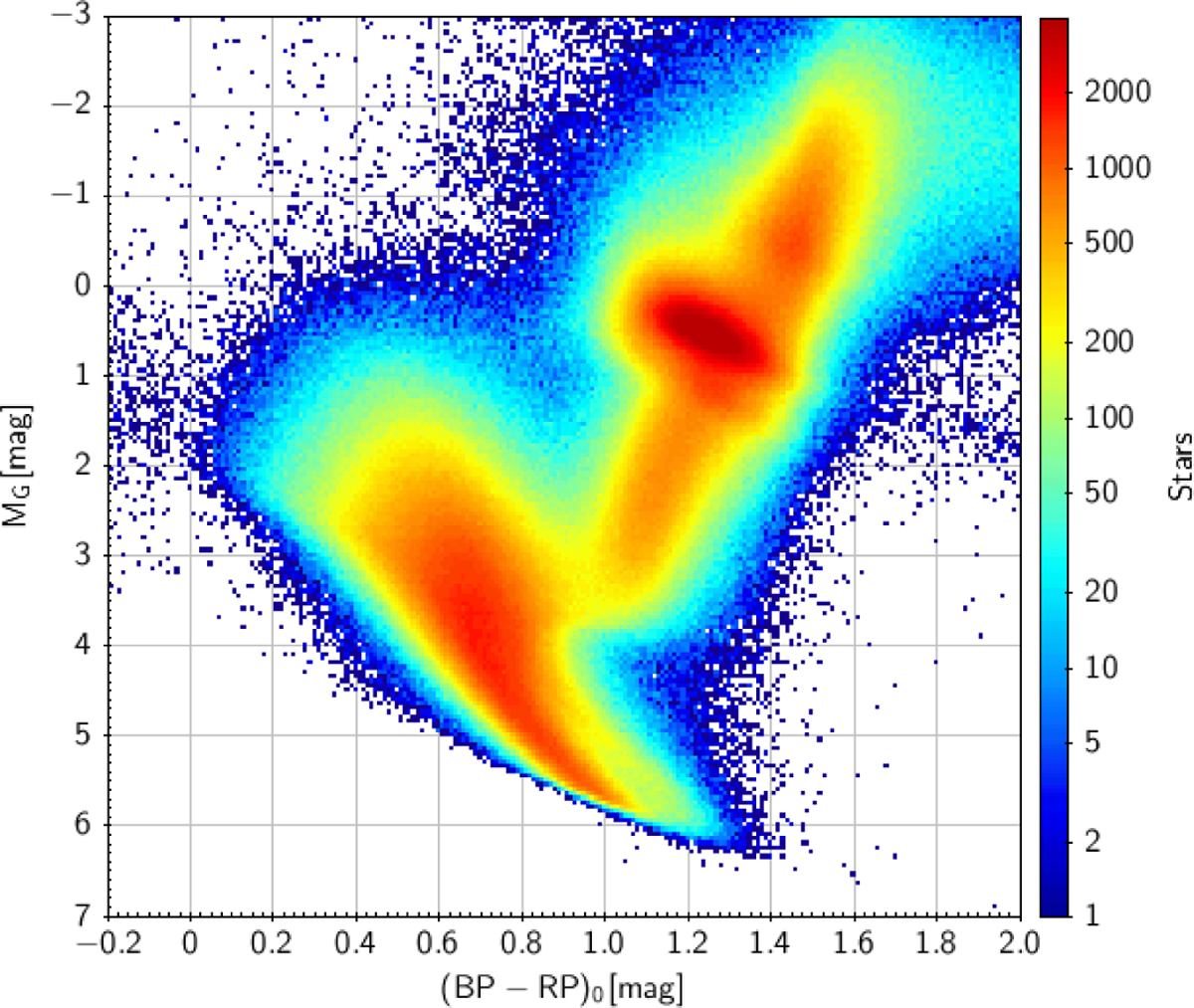