Evolution of the magnetic field of Betelgeuse from 2009-2017

Context. Betelgeuse is an M-type supergiant that presents a circularly polarized (Stokes V) signal in its line profiles, interpreted in terms of a surface magnetic field.
Aims: The weak circular polarization signal has been monitored over 7.5 years in order to follow its evolution on different timescales, and eventually to determine its physical origin. Linear polarization measurements have also been obtained regularly in the last few years.
Methods: We used both the ESPaDOnS and Narval spectropolarimeters to obtain high signal-to-noise ratio spectra, which were processed by means of the least-squares deconvolution method. In order to ensure the reality of the very weak circular polarization, special care has been taken to limit instrumental effects. In addition, several tests were performed on the Stokes V signal to establish its stellar and Zeeman origin.
Results: We confirm the magnetic nature of the circular polarization, pointing to a surface magnetic field of the order of 1 G. The Stokes V profiles present variations over different timescales, the most prominent one being close to the long secondary period (LSP; around 2000 d for Betelgeuse) often invoked in red evolved stars. This long period is also dominant for all the other Stokes parameters. The circular polarization is tentatively modeled by means of magnetic field concentrations mimicking spots, showing in particular that the velocity associated with each "spot" also follows the long timescale, and that this signal is nearly always slightly redshifted.
Conclusions: From the coupled variations of both linear and circular polarization signatures in amplitude, velocity and timescale, we favour giant convection cells as the main engine at the origin of polarization signatures and variations in all the Stokes parameters. This strengthens support for the hypothesis that large convective cells are at the origin of the LSP.

Based on observations obtained at the Télescope Bernard Lyot (TBL) at Observatoire du Pic du Midi, CNRS/INSU and Université de Toulouse, France, and at the Canada-France-Hawaii Telescope (CFHT) which is operated by the National Research Council of Canada, CNRS/INSU and the University of Hawaii. 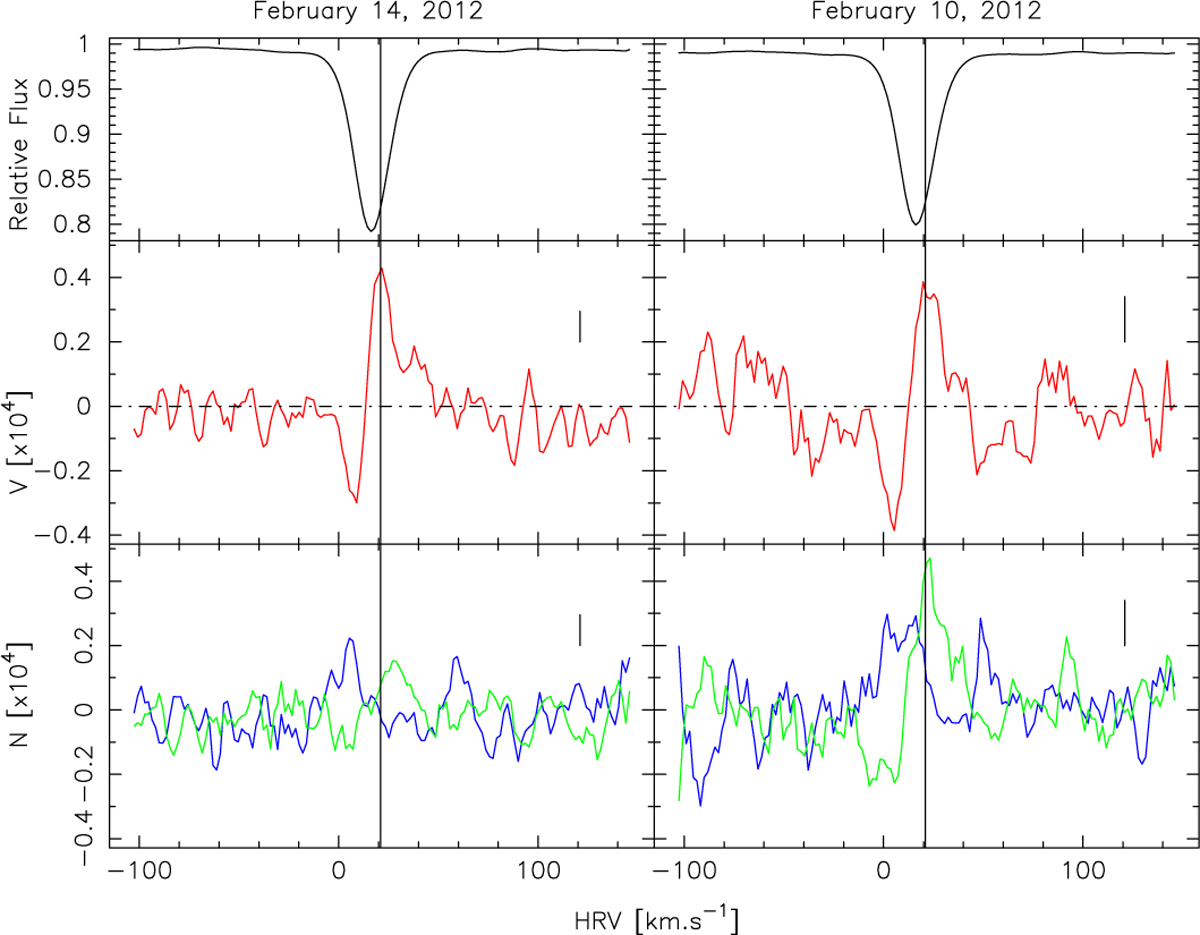