Mass loss by stellar wind is a key agent in the evolution and spectroscopic appearance of massive main sequence and post-main sequence stars. In Wolf-Rayet stars the winds can be so dense and so optically thick that the photosphere appears in the highly supersonic part of the outflow, veiling the underlying subsonic part of the star, and leaving the initial acceleration of the wind inaccessible to observations. Here we investigate the conditions and the structure of the subsonic part of the outflow of Galactic Wolf-Rayet stars, in particular of the WNE subclass; our focus is on the conditions at the sonic point of their winds. We compute 1D hydrodynamic stellar structure models for massive helium stars adopting outer boundaries at the sonic point. We find that the outflows of our models are accelerated to supersonic velocities by the radiative force from opacity bumps either at temperatures of the order of 200 kK by the iron opacity bump or of the order of 50 kK by the helium-II opacity bump. For a given mass-loss rate, the diffusion approximation for radiative energy transport allows us to define the temperature gradient based purely on the local thermodynamic conditions. For a given mass-loss rate, this implies that the conditions in the subsonic part of the outflow are independent from the detailed physical conditions in the supersonic part. Stellar atmosphere calculations can therefore adopt our hydrodynamic models as ab initio input for the subsonic structure. The close proximity to the Eddington limit at the sonic point allows us to construct a sonic HR diagram, relating the sonic point temperature to the luminosity-to-mass ratio and the stellar mass-loss rate, thereby constraining the sonic point conditions, the subsonic structure, and the stellar wind mass-loss rates of WNE stars from observations. The minimum stellar wind mass-loss rate necessary to have the flow accelerated to supersonic velocities by the iron opacity bump is derived. A comparison of the observed parameters of Galactic WNE stars to this minimum mass-loss rate indicates that these stars have their winds launched to supersonic velocities by the radiation pressure arising from the iron opacity bump. Conversely, stellar models which do not show transonic flows from the iron opacity bump form low-density extended envelopes. We derive an analytic criterion for the appearance of envelope inflation and of a density inversion in the outer sub-photospheric layers. 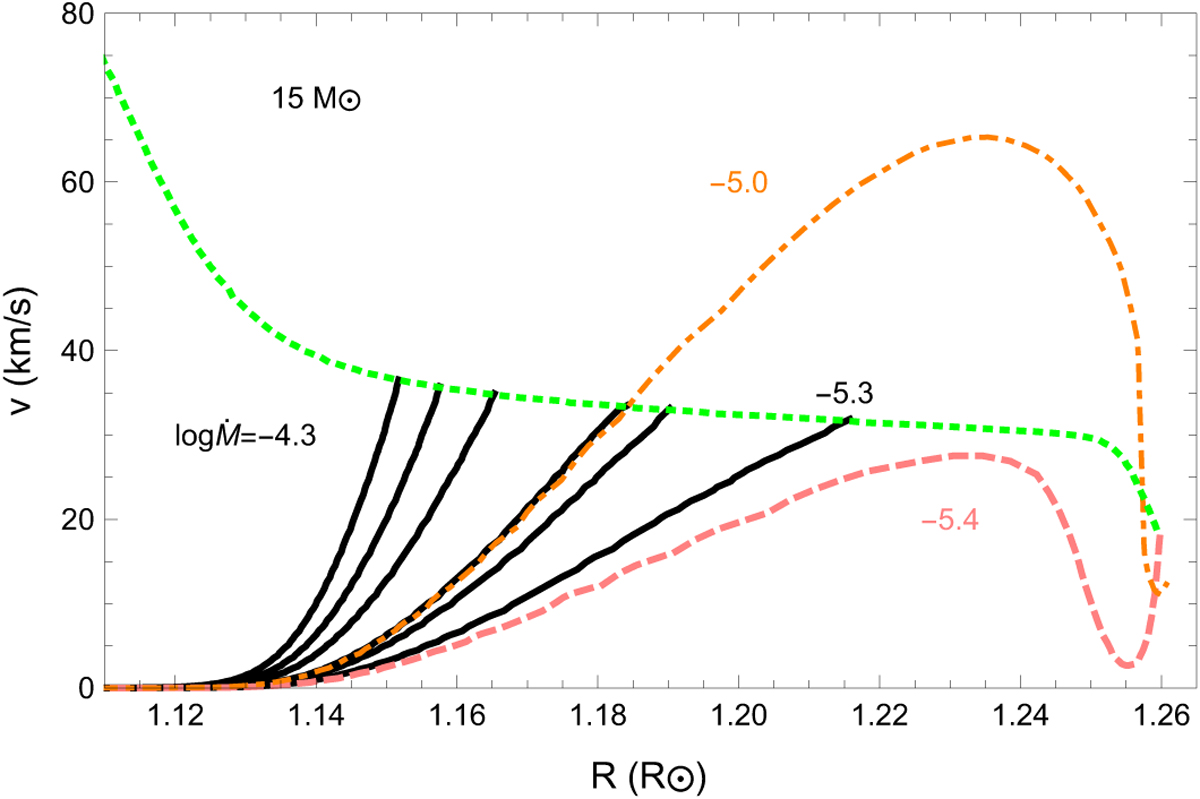