Context. Lyman-α emitters (LAEs) are a promising probe of the large-scale structure at high redshift, z ≳ 2. In particular, the Hobby-Eberly Telescope Dark Energy Experiment aims at observing LAEs at 1.9 < z < 3.5 to measure the baryon acoustic oscillation (BAO) scale and the redshift-space distortion (RSD). However, it has been pointed out that the complicated radiative transfer (RT) of the resonant Lyman-α emission line generates an anisotropic selection bias in the LAE clustering on large scales, s ≳ 10 Mpc. This effect could potentially induce a systematic error in the BAO and RSD measurements. Also, there exists a recent claim to have observational evidence of the effect in the Lyman-α intensity map, albeit statistically insignificant.
Aims: We aim at quantifying the impact of the Lyman-α RT on the large-scale galaxy clustering in detail. For this purpose, we study the correlations between the large-scale environment and the ratio of an apparent Lyman-α luminosity to an intrinsic one, which we call the "observed fraction", at 2 < z < 6.
Methods: We apply our Lyman-α RT code by post-processing the full Illustris simulations. We simply assume that the intrinsic luminosity of the Lyman-α emission is proportional to the star formation rate of galaxies in Illustris, yielding a sufficiently large sample of LAEs to measure the anisotropic selection bias.
Results: We find little correlation between large-scale environment and the observed fraction induced by the RT, and hence a smaller anisotropic selection bias than has previously been claimed. We argue that the anisotropy was overestimated in previous work due to insufficient spatial resolution; it is important to keep the resolution such that it resolves the high-density region down to the scale of the interstellar medium, that is, 1 physical kpc. We also find that the correlation can be further enhanced by assumptions in modeling intrinsic Lyman-α emission. 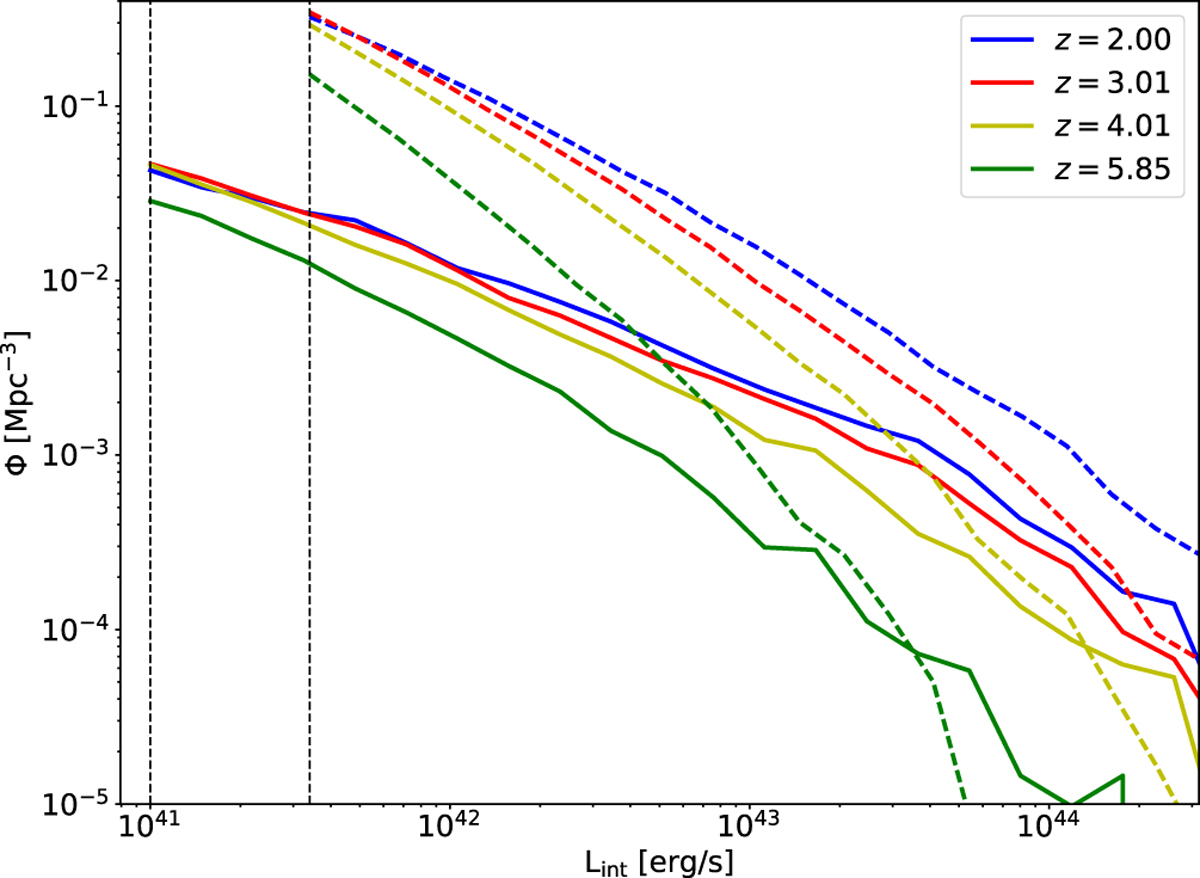