Modelling of proton acceleration in application to a ground level enhancement

Context. The source of high-energy protons (above 500 MeV) responsible for ground level enhancements (GLEs) remains an open question in solar physics. One of the candidates is a shock wave driven by a coronal mass ejection, which is thought to accelerate particles via diffusive-shock acceleration.
Aims: We perform physics-based simulations of proton acceleration using information on the shock and ambient plasma parameters derived from the observation of a real GLE event. We analyse the simulation results to find out which of the parameters are significant in controlling the acceleration efficiency and to get a better understanding of the conditions under which the shock can produce relativistic protons.
Methods: We use the results of the recently developed technique to determine the shock and ambient plasma parameters, applied to the 17 May 2012 GLE event, and carry out proton acceleration simulations with the Coronal Shock Acceleration (CSA) model.
Results: We performed proton acceleration simulations for nine individual magnetic field lines characterised by various plasma conditions. Analysis of the simulation results shows that the acceleration efficiency of the shock, i.e. its ability to accelerate particles to high energies, tends to be higher for those shock portions that are characterised by higher values of the scattering-centre compression ratio rc and/or the fast-mode Mach number MFM. At the same time, the acceleration efficiency can be strengthened by enhanced plasma density in the corresponding flux tube. The simulations show that protons can be accelerated to GLE energies in the shock portions characterised by the highest values of rc. Analysis of the delays between the flare onset and the production times of protons of 1 GV rigidity for different field lines in our simulations, and a subsequent comparison of those with the observed values indicate a possibility that quasi-perpendicular portions of the shock play the main role in producing relativistic protons. 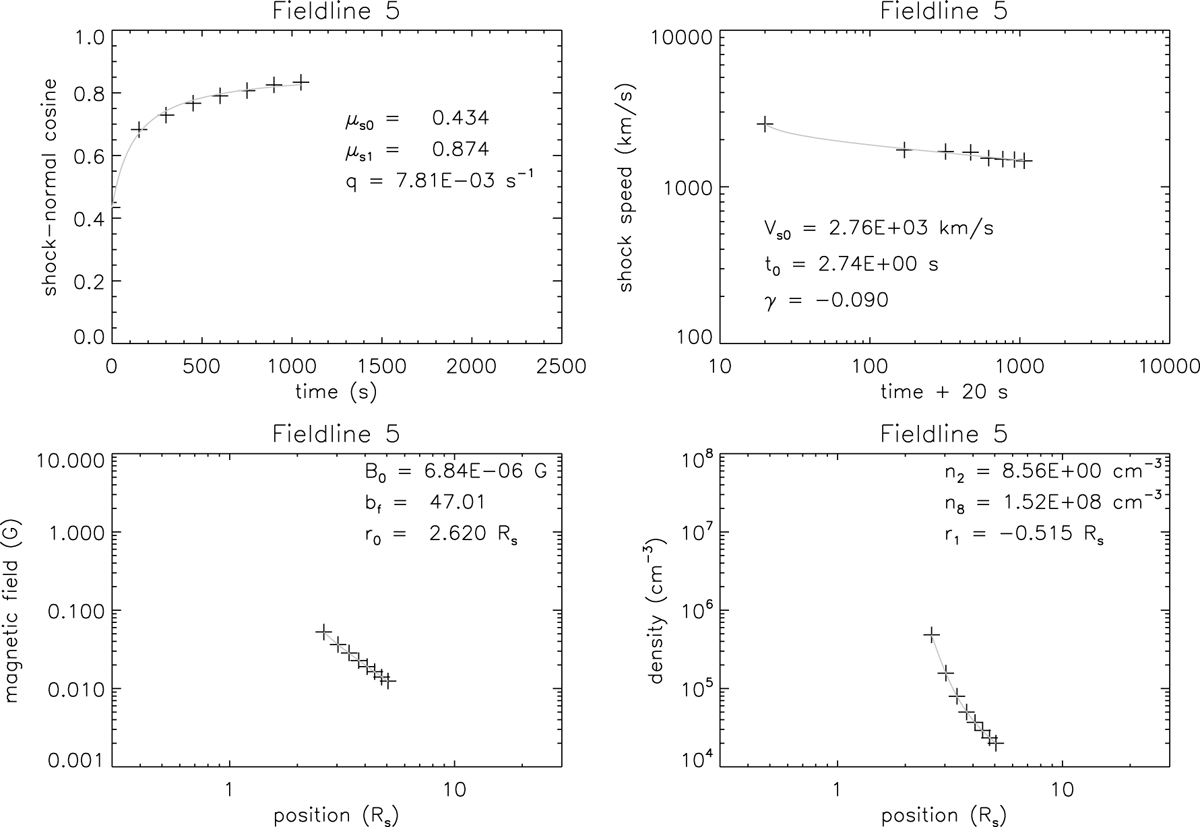