Context. MWC 758 is a young star surrounded by a transitional disk. The disk shows an inner cavity and spiral arms that could be caused by the presence of protoplanets. Recently, a protoplanet candidate has been detected around MWC 758 through high-resolution L'-band observations. The candidate is located inside the disk cavity at a separation of 111 mas from the central star, and at an average position angle of 165.5°.
Aims: We aim at detecting accreting protoplanet candidates within the disk of MWC 758 through angular spectral differential imaging (ASDI) observations in the optical regime. In particular, we explore the emission at the position of the detected planet candidate.
Methods: We have performed simultaneous adaptive optics observations in the Hα line and the adjacent continuum using SPHERE/ZIMPOL at the Very Large Telescope (VLT).
Results: The data analysis does not reveal any Hα signal around the target. The derived contrast curve in the B_Ha filter allows us to derive a 5σ upper limit of 7.6 mag at 111 mas, the separation of the previously detected planet candidate. This contrast translates into a Hα line luminosity of LHα ≲ 5×10-5 L⊙ at 111 mas. Assuming that LHα scales with Lacc as in classical T Tauri stars (CTTSs) as a first approximation, we can estimate an accretion luminosity of Lacc < 3.7 × 10-4 L⊙ for the protoplanet candidate. For the predicted mass range of MWC 758b, 0.5-5 MJup, this implies accretion rates smaller than Ṁ < 3.4 × (10-8-10-9)M⊙ yr-1, for an average planet radius of 1.1 RJup. Therefore, our estimates are consistent with the predictions of accreting circumplanetary accretion models for Rin = 1RJup. The ZIMPOL line luminosity is consistent with the Hα upper limit predicted by these models for truncation radii ≲3.2 RJup.
Conclusions: The non-detection of any Hα emitting source in the ZIMPOL images does not allow us to unveil the nature of the L' detected source. Either it is a protoplanet candidate or a disk asymmetry. 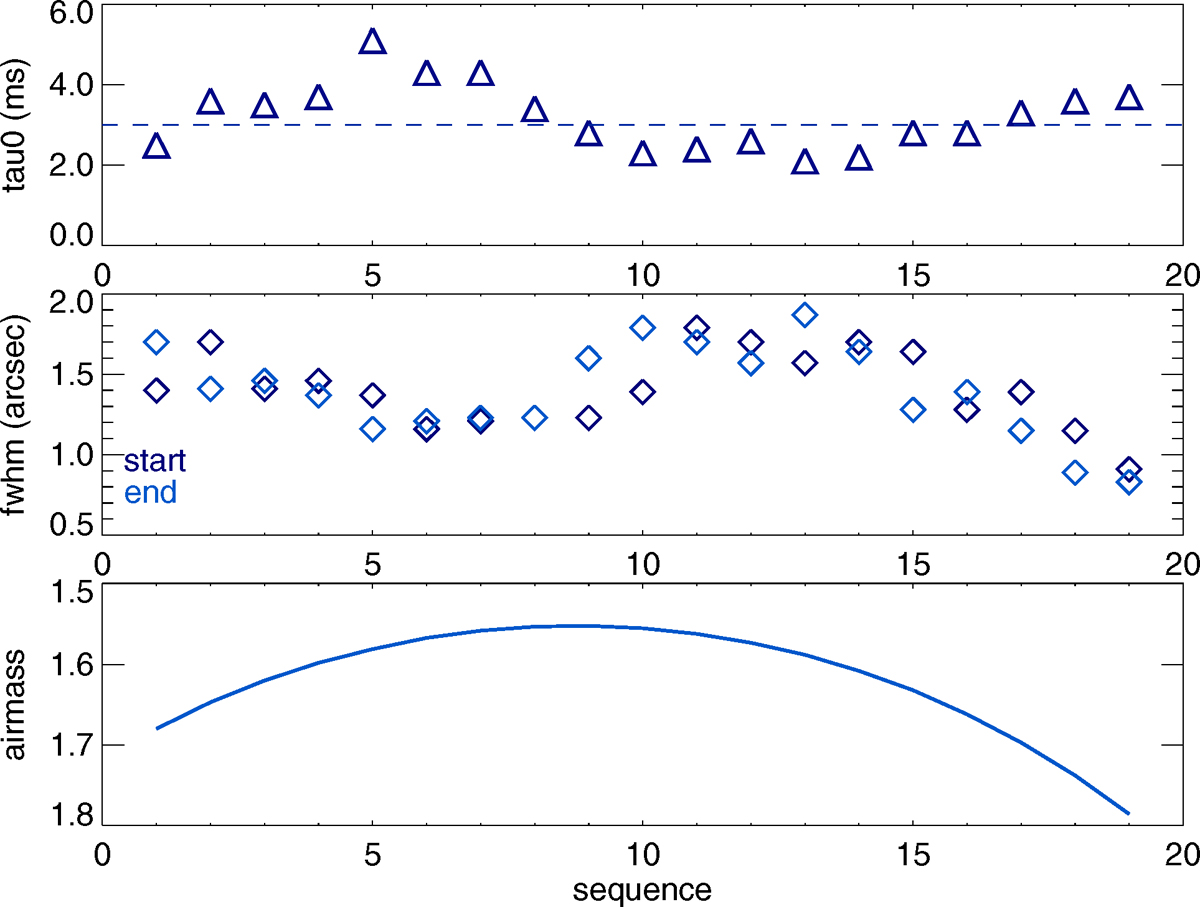