Metals and dust in the neutral ISM: the Galaxy, Magellanic Clouds, and damped Lyman-α absorbers

Context. The presence of dust in the neutral interstellar medium (ISM) dramatically changes the metal abundances that we measure. Understanding the metal content in the neutral ISM, and a direct comparison between different environments, has been hampered to date because of the degeneracy to the observed ISM abundances caused by the effects of metallicity, the presence of dust, and nucleosynthesis.
Aims: We study the metal and dust content in the neutral ISM consistently in different environments, and assess the universality of recently discovered sequences of relative abundances. We also intend to assess the validity of [Zn/Fe] as a tracer of dust in the ISM. This has recently been cast into doubt based on observations of stellar abundances, and needs to be addressed before we can safely use it to study the ISM.
Methods: In this letter we present a simple comparison of relative abundances observed in the neutral ISM in the Galaxy, the Magellanic Clouds, and damped Lyman-α absorbers (DLAs). The main novelty in this comparison is the inclusion of the Magellanic Clouds.
Results: The same sequences of relative abundances are valid for the Galaxy, Magellanic Clouds, and DLAs. These sequences are driven by the presence of dust in the ISM and seem "universal".
Conclusions: The metal and dust properties in the neutral ISM appear to follow a similar behaviour in different environments. This suggests that a dominant fraction of the dust budget is built up from grain growth in the ISM depending of the physical conditions and regardless of the star formation history of the system. In addition, the DLA gas behaves like the neutral ISM, at least from a chemical point of view. Finally, despite the deviations in [Zn/Fe] observed in stellar abundances, [Zn/Fe] is a robust dust tracer in the ISM of different environments, from the Galaxy to DLAs. 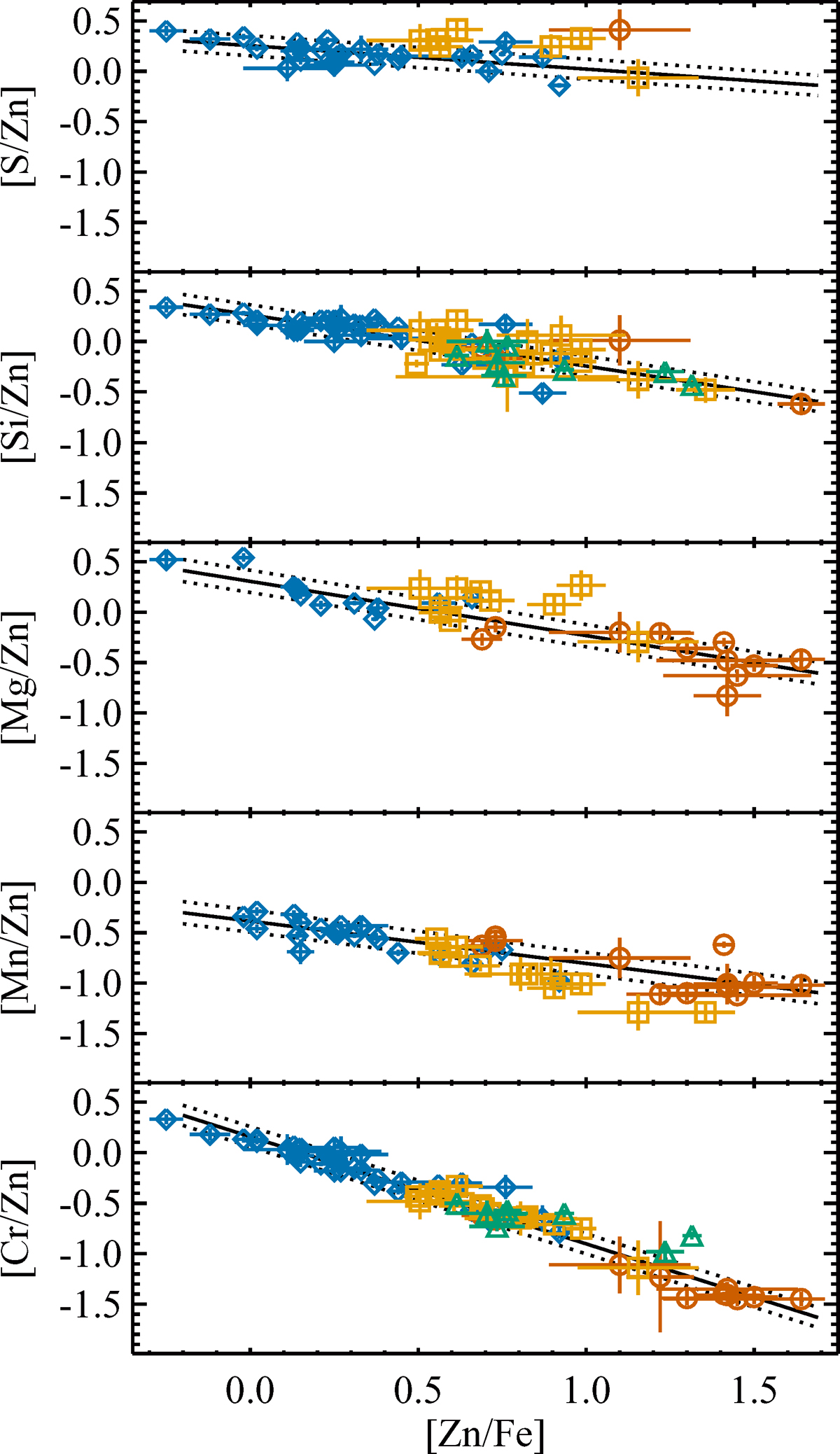