New insights into the outflows from R Aquarii

Context. The source R Aquarii is a symbiotic binary surrounded by a large and complex nebula with a prominent curved jet. It is one of the closest known symbiotic systems, and therefore offers a unique opportunity to study the central regions of these systems and the formation and evolution of astrophysical jets.
Aims: We aim to study the evolution of the central jet and outer nebula of R Aqr, taking advantage of a long term monitoring campaign of optical imaging, as well as of high-resolution integral field spectroscopy.
Methods: Narrow-band images acquired over a period of more than 21 yr were compared in order to study the expansion and evolution of all components of the R Aqr nebula. The magnification method was used to derive the kinematic ages of the features that appear to expand radially. Integral field spectroscopy of the [O III] 5007 Å emission is used to study the velocity structure of the central regions of the jet.
Results: New extended features, further out than the previously known hourglass nebula, are detected. The kinematic distance to R Aqr is calculated to be 178 pc using the expansion of the large hourglass nebula. This nebula of R Aqr is found to be roughly 650 yr old, while the inner regions have ages ranging from 125 to 290 yr. The outer nebula is found to be well described by a ballistic expansion, while for most components of the jet strong deviations from such behaviour are found. We find that the northern jet is mostly red-shifted while its southern part is blue-shifted, apparently at odds with findings from previous studies but almost certainly a consequence of the complex nature of the jet and variations in ionisation and illumination between observations. 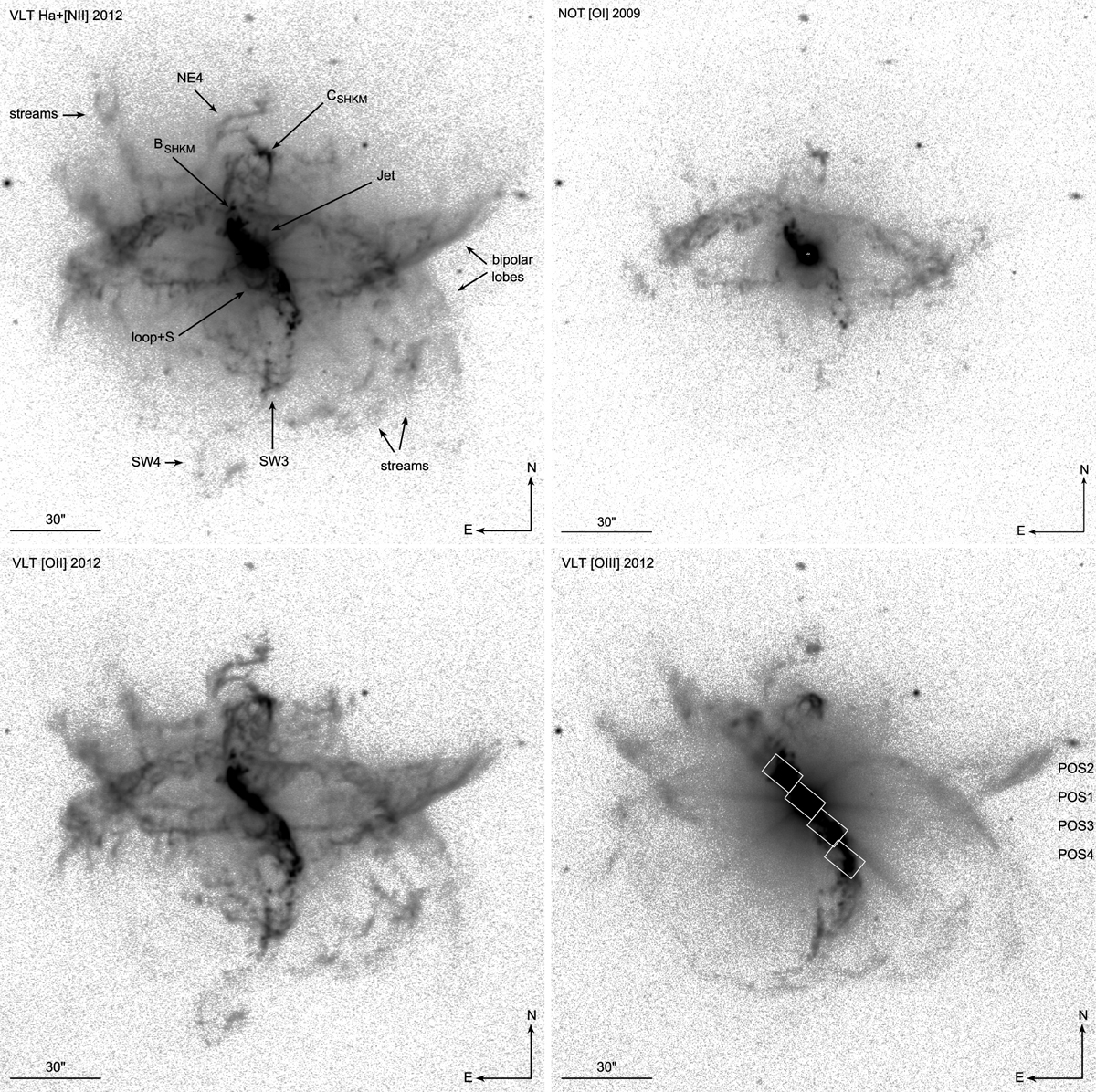