HESS J1741-302: a hidden accelerator in the Galactic plane

The H.E.S.S. Collaboration has discovered a new very high energy (VHE, E > 0.1 TeV) γ-ray source, HESS J1741-302, located in the Galactic plane. Despite several attempts to constrain its nature, no plausible counterpart has been found so far at X-ray and MeV/GeV γ-ray energies, and the source remains unidentified. An analysis of 145-h of observations of HESS J1741-302 at VHEs has revealed a steady and relatively weak TeV source ( 1% of the Crab Nebula flux), with a spectral index of Γ = 2.3 ± 0.2stat ± 0.2sys, extending to energies up to 10 TeV without any clear signature of a cut-off. In a hadronic scenario, such a spectrum implies an object with particle acceleration up to energies of several hundred TeV. Contrary to most H.E.S.S. unidentified sources, the angular size of HESS J1741-302 is compatible with the H.E.S.S. point spread function at VHEs, with an extension constrained to be below 0.068° at a 99% confidence level. The γ-ray emission detected by H.E.S.S. can be explained both within a hadronic scenario, due to collisions of protons with energies of hundreds of TeV with dense molecular clouds, and in a leptonic scenario, as a relic pulsar wind nebula, possibly powered by the middle-aged (20 kyr) pulsar PSR B1737-30. A binary scenario, related to the compact radio source 1LC 358.266+0.038 found to be spatially coincident with the best fit position of HESS J1741-302, is also envisaged. 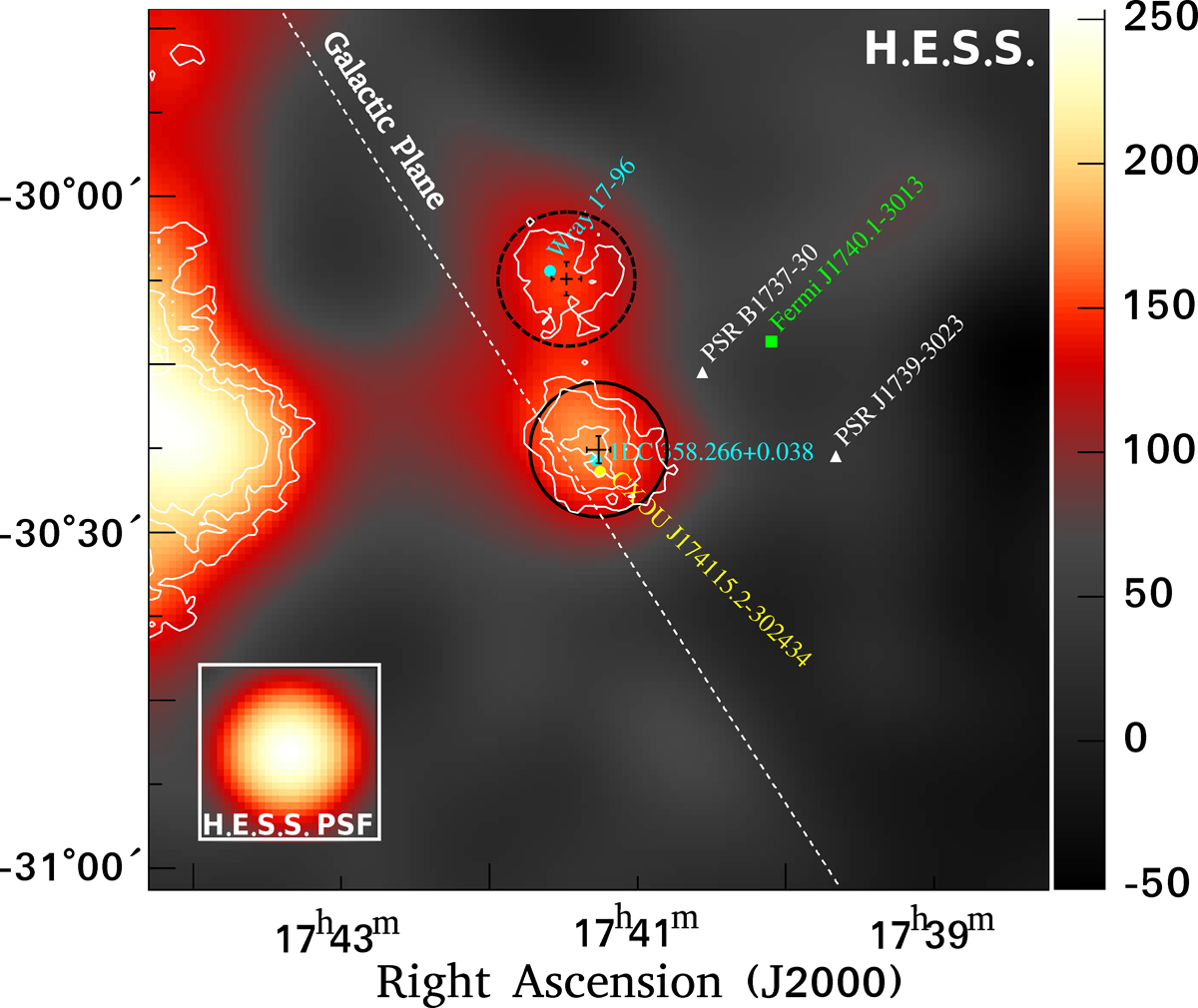