Context. Microquasars are potential γ-ray emitters. Indications of transient episodes of γ-ray emission were recently reported in at least two systems: Cyg X-1 and Cyg X-3. The identification of additional γ-ray-emitting microquasars is required to better understand how γ-ray emission can be produced in these systems. Aim. Theoretical models have predicted very high-energy (VHE) γ-ray emission from microquasars during periods of transient outburst. Observations reported herein were undertaken with the objective of observing a broadband flaring event in the γ-ray and X-ray bands.
Methods: Contemporaneous observations of three microquasars, GRS 1915+105, Circinus X-1, and V4641 Sgr, were obtained using the High Energy Spectroscopic System (H.E.S.S.) telescope array and the Rossi X-ray Timing Explorer (RXTE) satellite. X-ray analyses for each microquasar were performed and VHE γ-ray upper limits from contemporaneous H.E.S.S. observations were derived.
Results: No significant γ-ray signal has been detected in any of the three systems. The integral γ-ray photon flux at the observational epochs is constrained to be I(>560 GeV) < 7.3 × 10-13 cm-2 s-1, I(>560 GeV ) < 1.2 × 10-12 cm-2 s-1, and I(>240 GeV) < 4.5 × 10-12 cm-2 s-1 for GRS 1915+105, Circinus X-1, and V4641 Sgr, respectively.
Conclusions: The γ-ray upper limits obtained using H.E.S.S. are examined in the context of previous Cherenkov telescope observations of microquasars. The effect of intrinsic absorption is modelled for each target and found to have negligible impact on the flux of escaping γ-rays. When combined with the X-ray behaviour observed using RXTE, the derived results indicate that if detectable VHE γ-ray emission from microquasars is commonplace, then it is likely to be highly transient. 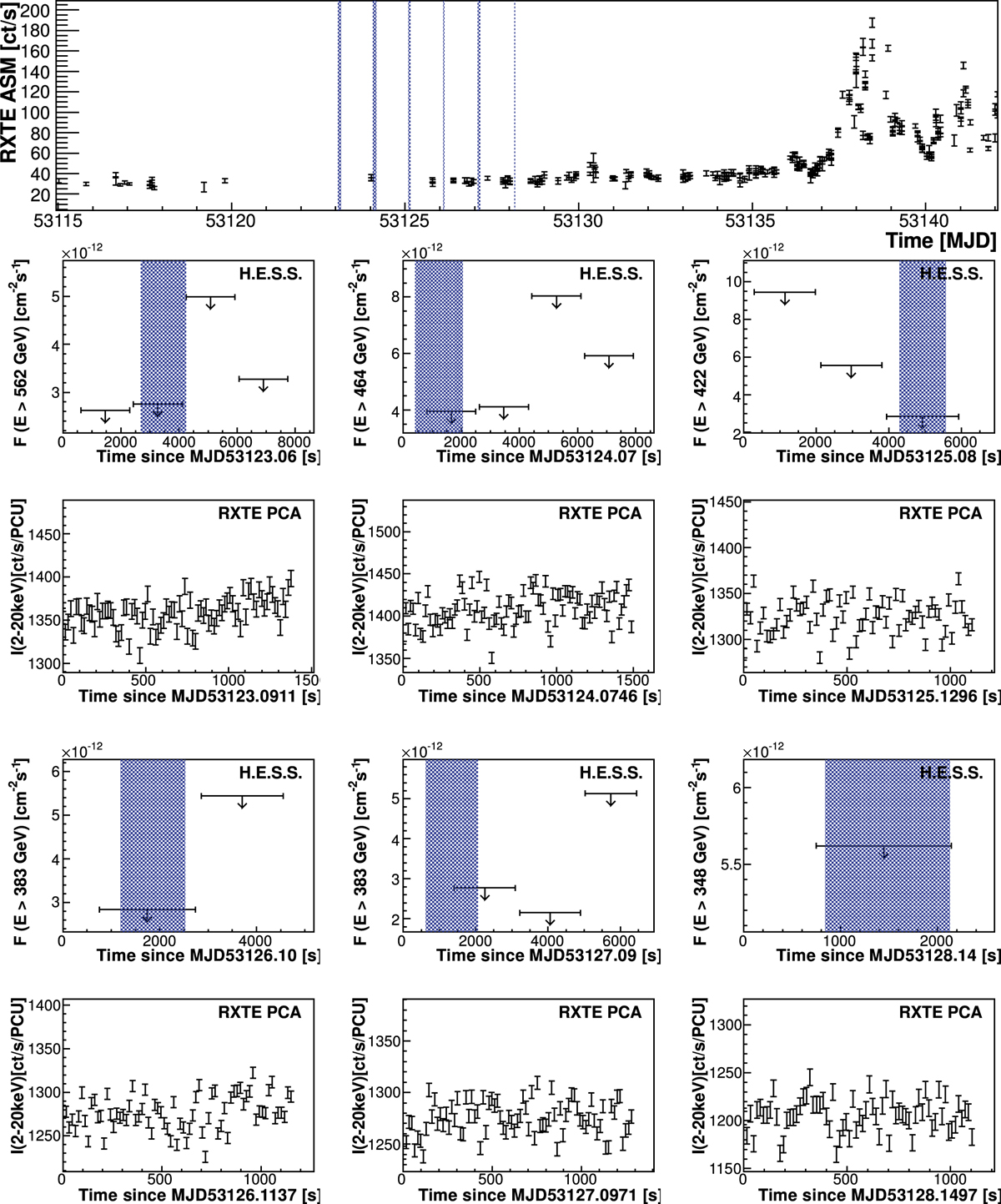