CHANG-ES. IX. Radio scale heights and scale lengths of a consistent sample of 13 spiral galaxies seen edge-on and their correlations

Aim. The vertical halo scale height is a crucial parameter to understand the transport of cosmic-ray electrons (CRE) and their energy loss mechanisms in spiral galaxies. Until now, the radio scale height could only be determined for a few edge-on galaxies because of missing sensitivity at high resolution.
Methods: We developed a sophisticated method for the scale height determination of edge-on galaxies. With this we determined the scale heights and radial scale lengths for a sample of 13 galaxies from the CHANG-ES radio continuum survey in two frequency bands.
Results: The sample average values for the radio scale heights of the halo are 1.1 ± 0.3 kpc in C-band and 1.4 ± 0.7 kpc in L-band. From the frequency dependence analysis of the halo scale heights we found that the wind velocities (estimated using the adiabatic loss time) are above the escape velocity. We found that the halo scale heights increase linearly with the radio diameters. In order to exclude the diameter dependence, we defined a normalized scale height h∼ which is quite similar for all sample galaxies at both frequency bands and does not depend on the star formation rate or the magnetic field strength. However, h∼ shows a tight anticorrelation with the mass surface density.
Conclusions: The sample galaxies with smaller scale lengths are more spherical in the radio emission, while those with larger scale lengths are flatter. The radio scale height depends mainly on the radio diameter of the galaxy. The sample galaxies are consistent with an escape-dominated radio halo with convective cosmic ray propagation, indicating that galactic winds are a widespread phenomenon in spiral galaxies. While a higher star formation rate or star formation surface density does not lead to a higher wind velocity, we found for the first time observational evidence of a gravitational deceleration of CRE outflow, e.g. a lowering of the wind velocity from the galactic disk. 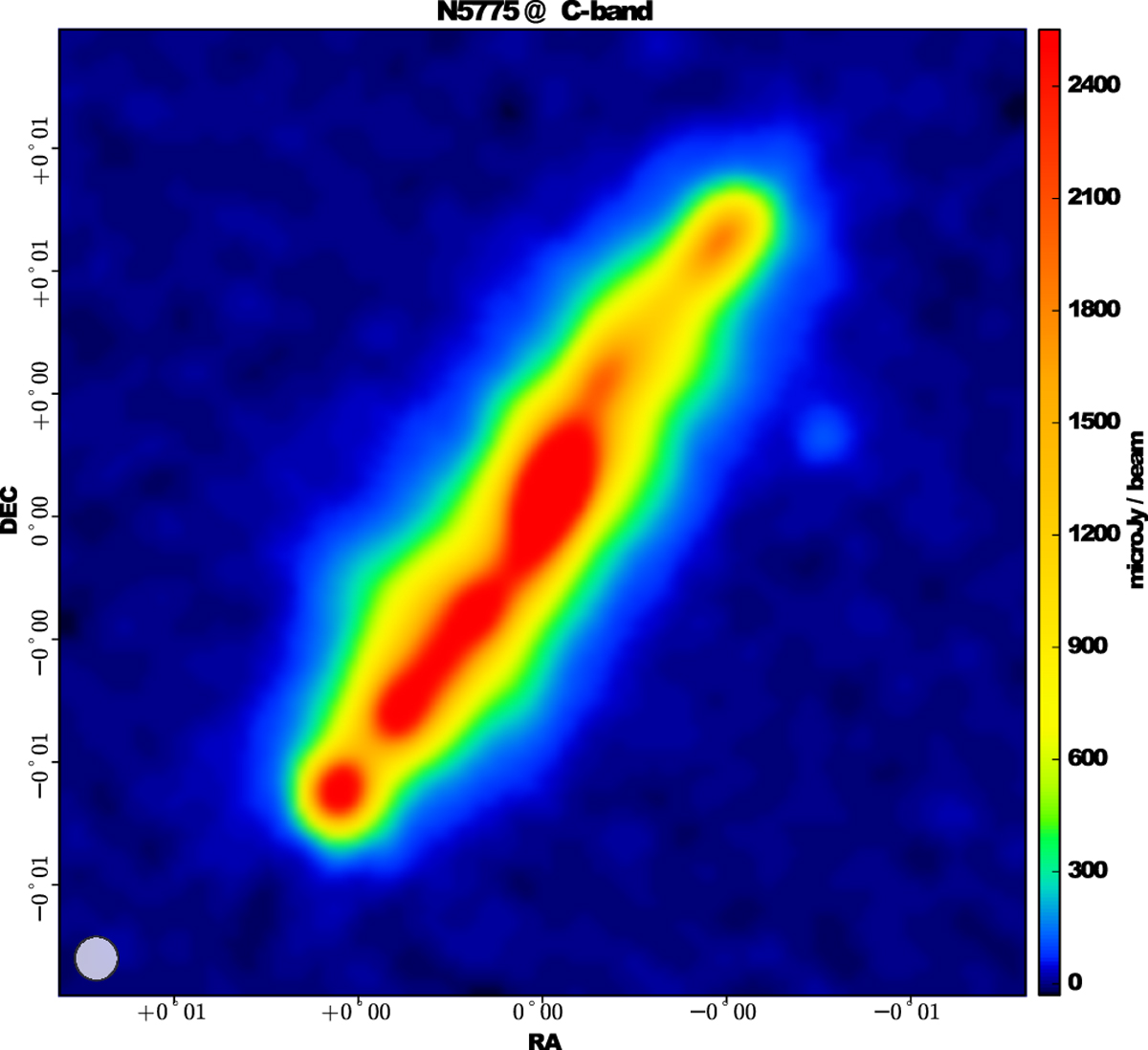