Distinguishing the albedo of exoplanets from stellar activity

Context. Light curves show the flux variation from the target star and its orbiting planets as a function of time. In addition to the transit features created by the planets, the flux also includes the reflected light component of each planet, which depends on the planetary albedo. This signal is typically referred to as phase curve and could be easily identified if there were no additional noise. As well as instrumental noise, stellar activity, such as spots, can create a modulation in the data, which may be very difficult to distinguish from the planetary signal.
Aims: We analyze the limitations imposed by the stellar activity on the detection of the planetary albedo, considering the limitations imposed by the predicted level of instrumental noise and the short duration of the obervations planned in the context of the CHEOPS mission.
Methods: As initial condition, we have assumed that each star is characterized by just one orbiting planet. We built mock light curves that included a realistic stellar activity pattern, the reflected light component of the planet and an instrumental noise level, which we have chosen to be at the same level as predicted for CHEOPS. We then fit these light curves to try to recover the reflected light component, assuming the activity patterns can be modeled with a Gaussian process.
Results: We estimate that at least one full stellar rotation is necessary to obtain a reliable detection of the planetary albedo. This result is independent of the level of noise, but it depends on the limitation of the Gaussian process to describe the stellar activity when the light curve time-span is shorter than the stellar rotation. As an additional result, we found that with a 6.5 magnitude star and the noise level of CHEOPS, it is possible to detect the planetary albedo up to a lower limit of Rp = 0.03 R*. Finally, in presence of typical CHEOPS gaps in the simulations, we confirm that it is still possible to obtain a reliable albedo. 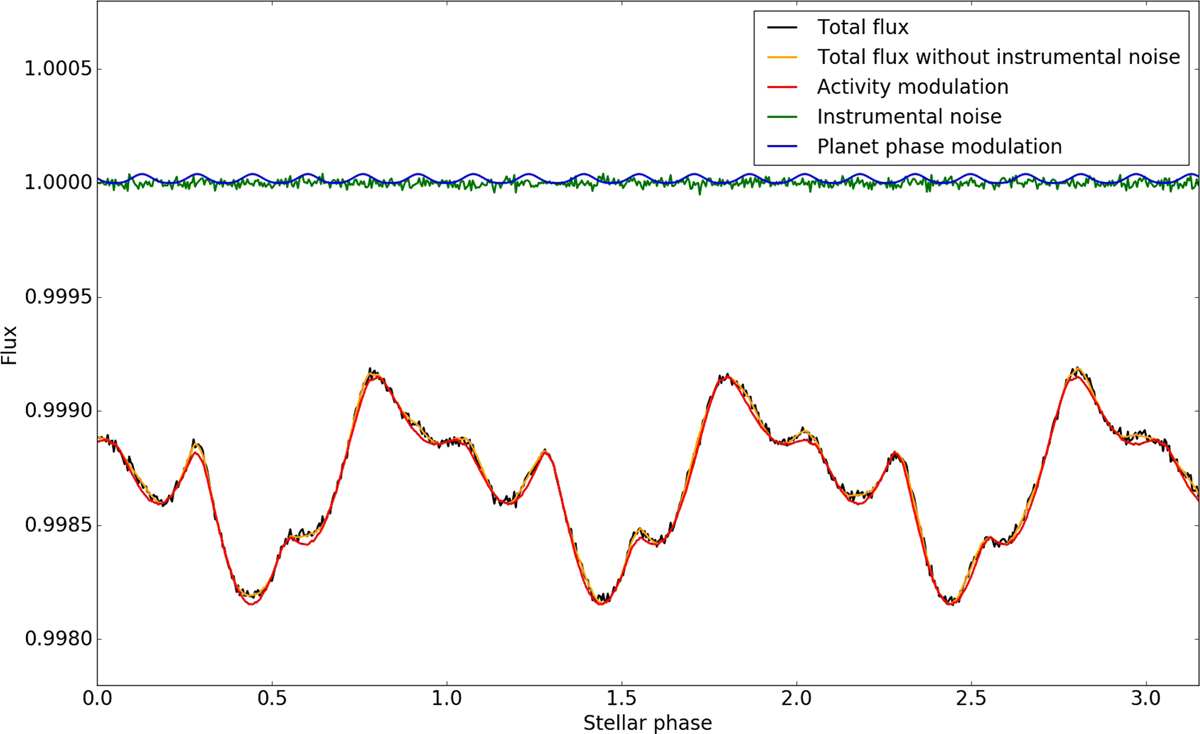