Subhalo demographics in the Illustris simulation: effects of baryons and halo-to-halo variation

We study the abundance of subhaloes in the hydrodynamical cosmological simulation Illustris, which includes both baryons and dark matter in a cold dark matter volume 106.5 Mpc a side. We compare Illustris to its dark-matter only (DMO) analogue, Illustris-Dark and quantify the effects of baryonic processes on the demographics of subhaloes in the host mass range 1011-3 × 1014 M⊙. We focus on both the evolved (z = 0) subhalo cumulative mass functions (SHMF) and the statistics of subhaloes ever accreted, i.e. infall SHMF. We quantify the variance in subhalo abundance at fixed host mass and investigate the physical reasons responsible for such scatter. We find that in Illustris, baryonic physics impacts both the infall and z = 0 subhalo abundance by tilting the DMO function and suppressing the abundance of low-mass subhaloes. The breaking of self-similarity in the subhalo abundance at z = 0 is enhanced by the inclusion of baryonic physics. The non-monotonic alteration of the evolved subhalo abundances can be explained by the modification of the concentration-mass relation of Illustris hosts compared to Illustris-Dark. Interestingly, the baryonic implementation in Illustris does not lead to an increase in the halo-to-halo variation compared to Illustris-Dark. In both cases, the normalized intrinsic scatter today is larger for Milky Way-like haloes than for cluster-sized objects. For Milky Way-like haloes, it increases from about eight per cent at infall to about 25 per cent at the current epoch. In both runs, haloes of fixed mass formed later host more subhaloes than early formers. 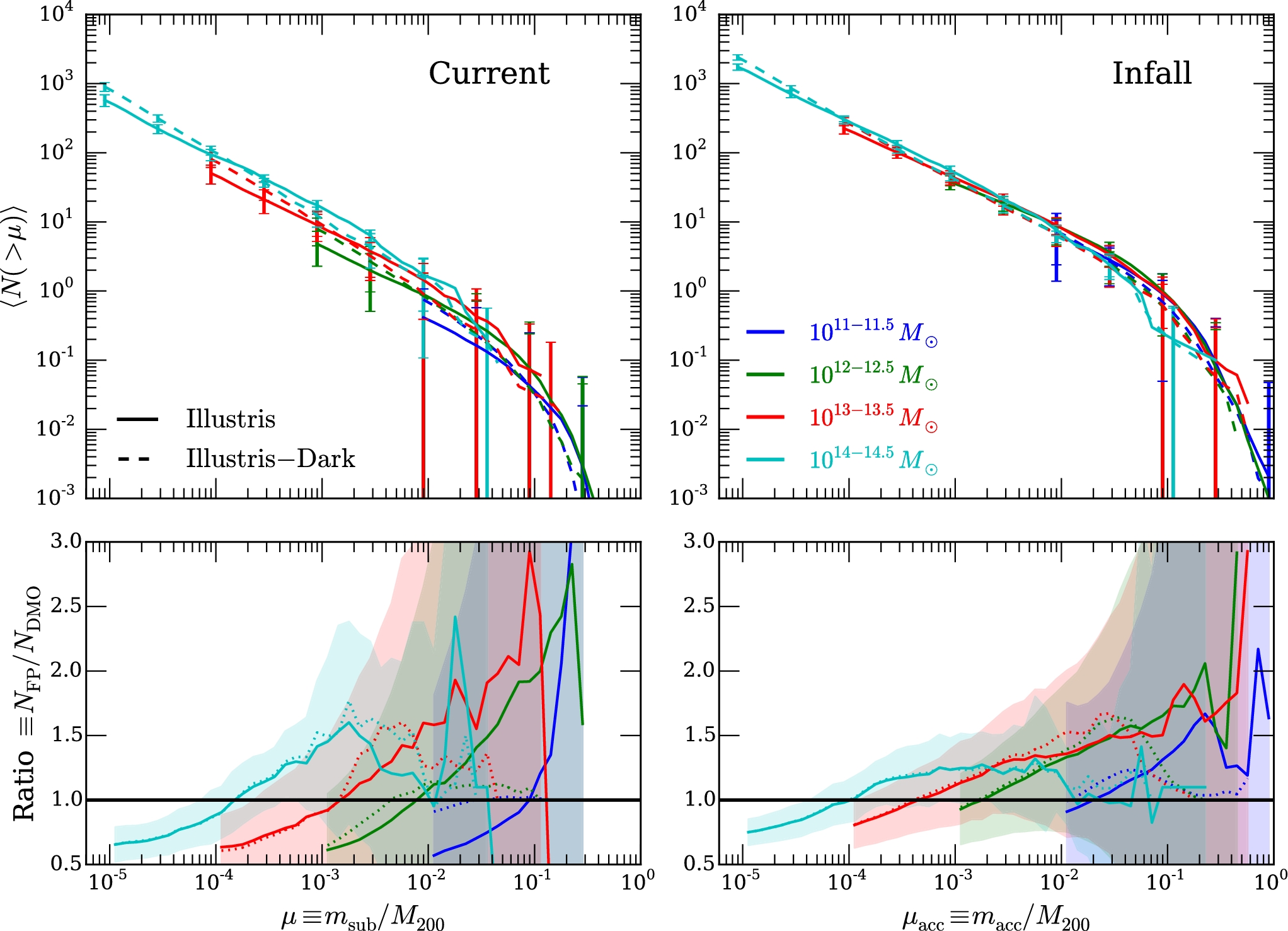