We present a study of unprecedented statistical power regarding the halo-to-halo variance of dark matter substructure. Combining N-body simulations and a semi-analytical model, we investigate the variance in subhalo mass fractions and occupation numbers, with an emphasis on their halo-formation-time dependence. We show that the average subhalo mass fraction, fsub, is mainly a function of halo formation time: at fixed formation redshift, the average subhalo mass fraction is virtually independent of halo mass and the mass dependence of fsub therefore mainly manifests the later assembly of more massive haloes. We note that the observational constraints on fsub from gravitational lensing are substantially higher than the median Λcold dark matter predictions, yet marginally lie within the 95th percentile when the halo-to-halo variance is considered. The halo occupation number distribution of subhaloes, P(Nsub|Mhalo), in addition to the well-known super-Poissonity for large 〈Nsub〉, is sub-Poissonian for 〈Nsub〉 ≲ 2. Ignoring this results in systematic errors of the predicted clustering of galaxies of a few percent, with a complicated scale- and luminosity dependence. The non-Poissonity is likely imprinted at accretion, and the dynamical evolution of subhaloes drives the statistics towards Poissonian. Contrary to a recent claim, the non-Poissonity of subhalo occupation statistics does not vanish by selecting haloes with fixed mass and fixed formation redshift. Finally, we use subhalo occupation statistics to put loose constraints on the mass and formation redshift of the Milky Way halo. 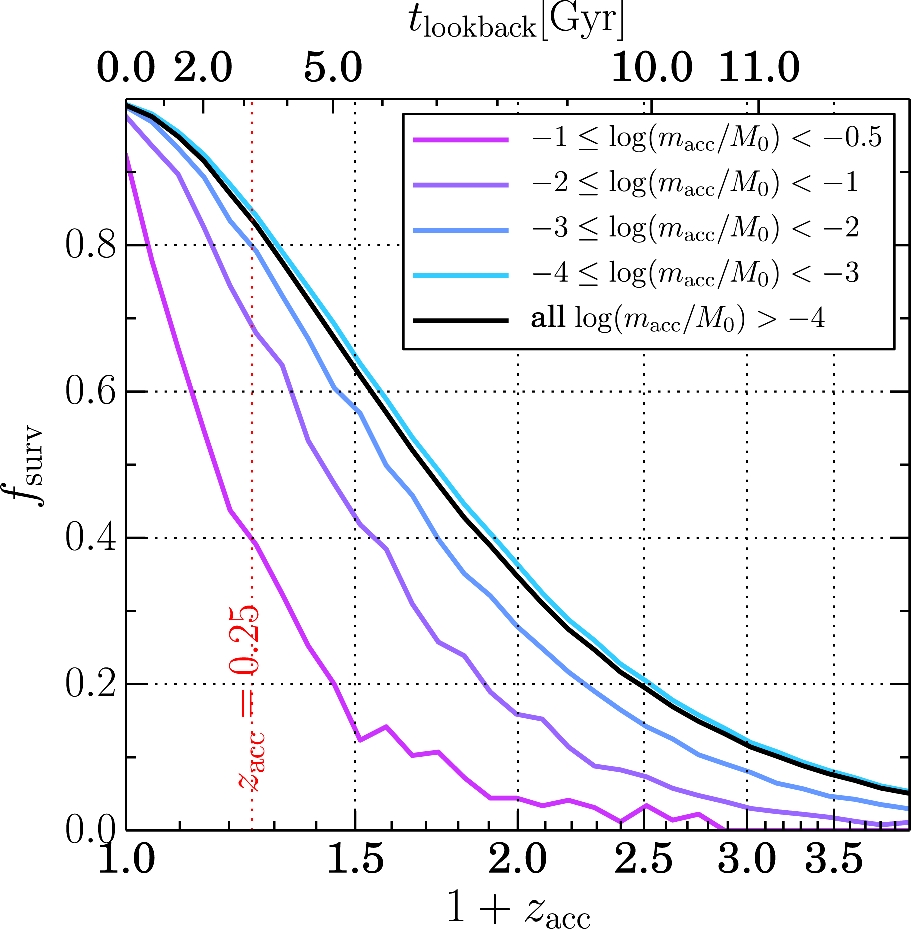