Revisiting nucleosynthesis in globular clusters. The case of NGC 2808 and the role of He and K

Context. Motivated by recent reports concerning the observation of limited enrichment in He but excess K in stars of globular clusters, we revisit the H-burning conditions that lead to the chemical properties of multiple stellar populations in these systems.
Aims: In particular, we are interested in correlations of He and K with other elements, such as O, Na, Al, Mg and Si, reported in stars of NGC 2808.
Methods: We performed calculations of nucleosynthesis at constant temperature and density, exploring the temperature range of 25 to 200 × 106 K (25 to 200 MK), using a detailed nuclear reaction network and the most up-to-date nuclear reaction rates.
Results: We find that Mg is the most sensitive "thermometer" of hydrostatic H-burning conditions, pointing to a temperature range of 70-80 MK for NGC 2808, while He is a lesser - but not negligible - constraint. Potassium can be produced at the levels reported for NGC 2808 at temperatures >180 MK and Si at T > 80 MK. However, in the former temperature range Al and Na are totally destroyed and no correlation can be obtained, in contrast to the reported observations. None of the putative polluter sources proposed so far seem to satisfy the ensemble of nucleosynthesis constraints. 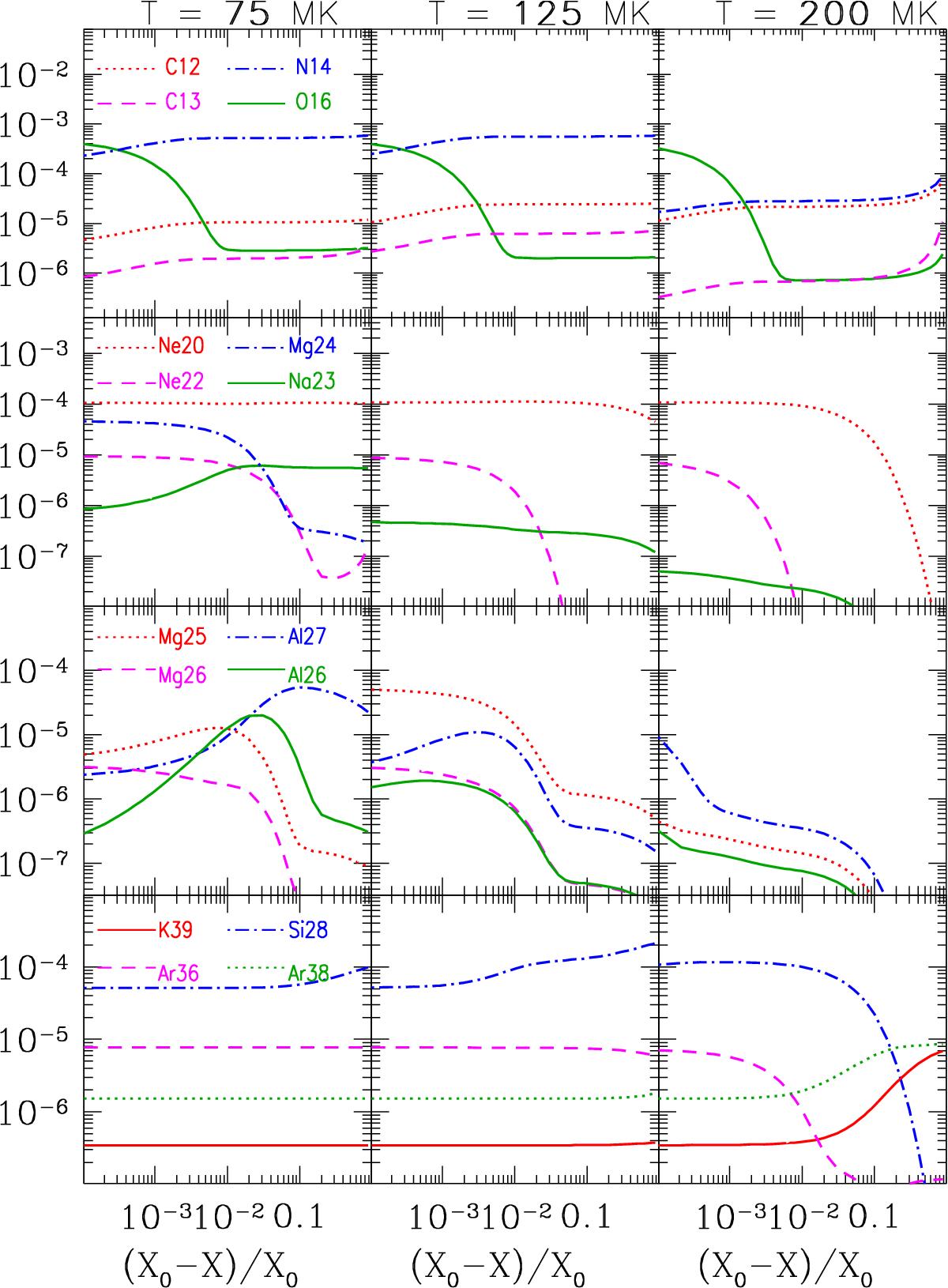