Properties of six short-period massive binaries: A study of the effects of binarity on surface chemical abundances

Context. A significant percentage of massive stars are found in multiple systems. The effect of binarity on stellar evolution is poorly constrained. In particular, the role of tides and mass transfer on surface chemical abundances is not constrained observationally.
Aims: The aim of this study is to investigate the effect of binarity on the stellar properties and surface abundances of massive binaries.
Methods: We performed a spectroscopic analysis of six Galactic massive binaries. We obtained the spectra of individual components via a spectral disentangling method and subsequently analyzed these spectra by means of atmosphere models. The stellar parameters and CNO surface abundances were determined.
Results: Most of these six systems are comprised of main-sequence stars. Three systems are detached, two are in contact, and no information is available for the sixth system. For 11 out of the 12 stars studied, the surface abundances are only mildly affected by stellar evolution and mixing. The surface abundances are not different from those of single stars within the uncertainties. The secondary of XZ Cep is strongly chemically enriched. Considering previous determinations of surface abundances in massive binary systems suggests that the effect of tides on chemical mixing is limited, whereas the mass transfer and removal of outer layers of the mass donor leads to the appearance of chemically processed material at the surface, although this is not systematic. The evolutionary masses of the components of our six systems are on average 16.5% higher than the dynamical masses. Some systems seem to have reached synchronization, while others may still be in a transitory phase.

Based on observations made with the SOPHIE spectrograph on the 1.93 m telescope at Observatoire de Haute-Provence (OHP, CNRS/AMU), France. 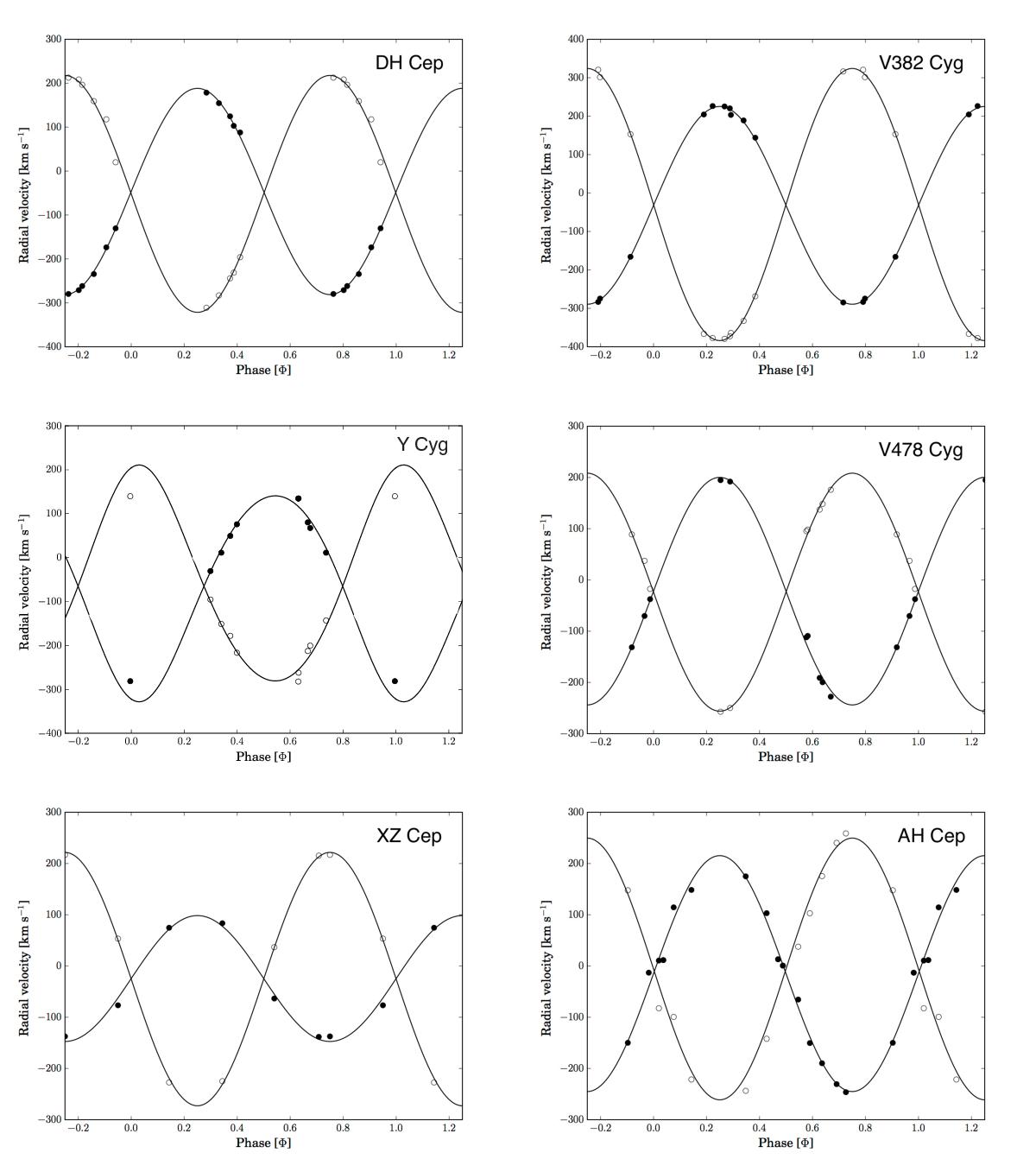