Aims: We aim to define a small and large chemical network which can be used for the quantitative simultaneous analysis of molecular emission from the near-IR to the submm. We also aim to revise reactions of excited molecular hydrogen, which are not included in UMIST, to provide a homogeneous database for future applications.
Methods: We have used the thermo-chemical disk modeling code ProDiMo and a standard T Tauri disk model to evaluate the impact of various chemical networks, reaction rate databases and sets of adsorption energies on a large sample of chemical species and emerging line fluxes from the near-IR to the submm wavelength range.
Results: We find large differences in the masses and radial distribution of ice reservoirs when considering freeze-out on bare or polar ice coated grains. Most strongly the ammonia ice mass and the location of the snow line (water) change. As a consequence molecules associated to the ice lines such as N2H+ change their emitting region; none of the line fluxes in the sample considered here changes by more than 25% except CO isotopologues, CN and N2H+ lines. The three-body reaction N+H2+M plays a key role in the formation of water in the outer disk. Besides that, differences between the UMIST 2006 and 2012 database change line fluxes in the sample considered here by less than a factor of two (a subset of low excitation CO and fine structure lines stays even within 25%); exceptions are OH, CN, HCN, HCO+ and N2H+ lines. However, different networks such as OSU and KIDA 2011 lead to pronounced differences in the chemistry inside 100 au and thus affect emission lines from high excitation CO, OH and CN lines. H2 is easily excited at the disk surface and state-to-state reactions enhance the abundance of CH+ and to a lesser extent HCO+. For sub-mm lines of HCN, N2H+ and HCO+, a more complex larger network is recommended.
Conclusions: More work is required to consolidate data on key reactions leading to the formation of water, molecular ions such as HCO+ and N2H+ as well as the nitrogen chemistry. This affects many of the key lines used in the interpretation of disk observations. Differential analysis of various disk models using the same chemical input data will be more robust than the interpretation of absolute fluxes. 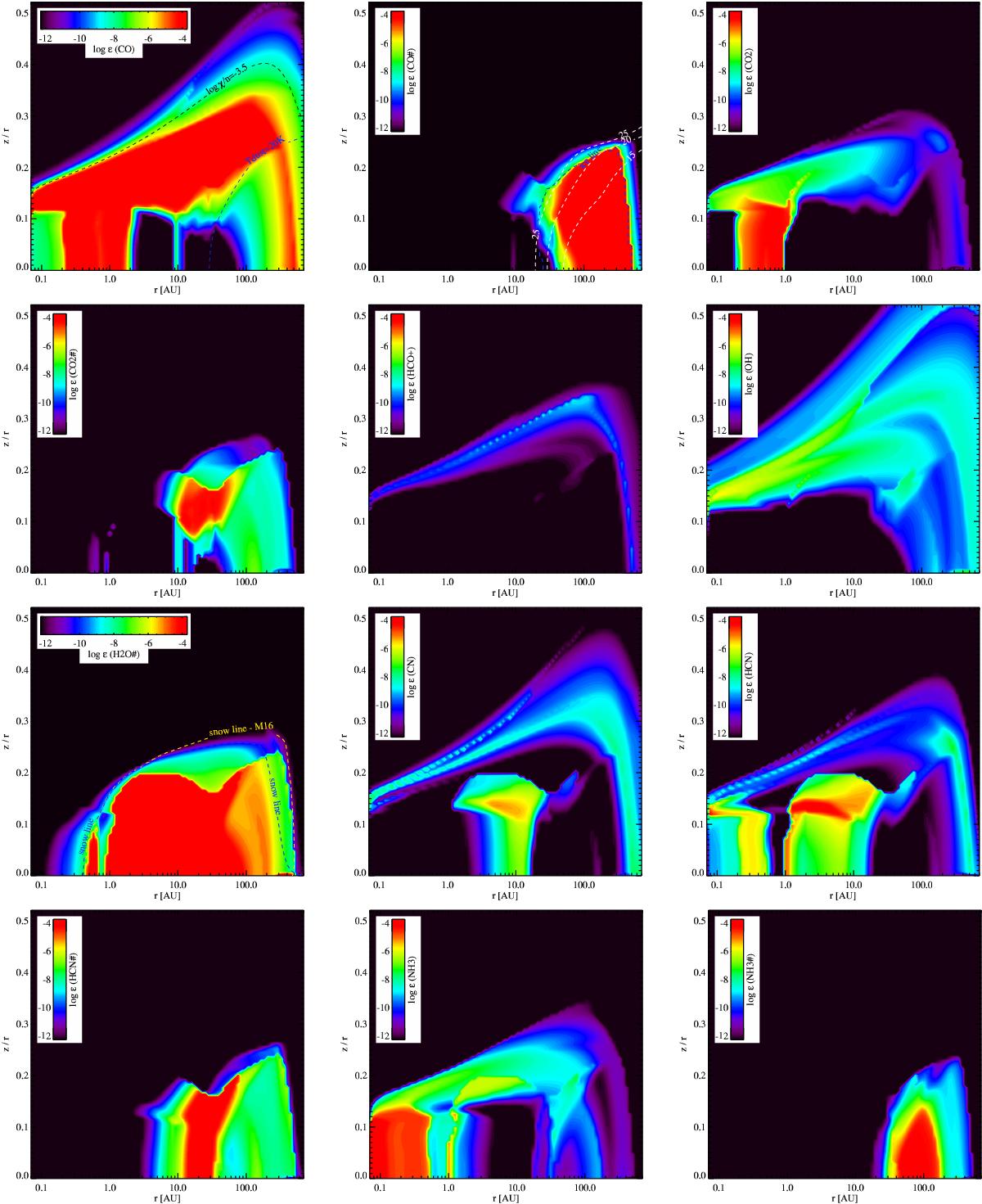