Context. Understanding the relationship between plasma and the magnetic field is important for describing and explaining the observed dynamics of solar prominences.
Aims: We determine if a close relationship can be found between plasma and magnetic field parameters, measured at high resolution in a well-observed prominence.
Methods: A prominence observed on 15 July 2014 by the Interface Region Imaging Spectrograph (IRIS), Hinode, the Solar Dynamics Observatory (SDO), and the Télescope Héliographique pour l'Étude du Magnétisme et des Instabilités Solaires (THEMIS) is selected. We perform a robust co-alignment of data sets using a 2D cross-correlation technique. Magnetic field parameters are derived from spectropolarimetric measurements of the He I D3 line from THEMIS. Line ratios and line-of-sight velocities from the Mg II h and k lines observed by IRIS are compared with magnetic field strength, inclination, and azimuth. Electron densities are calculated using Fe xii line ratios from the Hinode Extreme-ultraviolet Imaging Spectrometer, which are compared to THEMIS and IRIS data.
Results: We find Mg II k/h ratios of around 1.4 everywhere, similar to values found previously in prominences. Also, the magnetic field is strongest ( 30 G) and predominantly horizontal in the tornado-like legs of the prominence. The k3 Doppler shift is found to be between ±10 km s-1 everywhere. Electron densities at a temperature of 1.5 × 106 K are found to be around 109 cm-3. No significant correlations are found between the magnetic field parameters and any of the other plasma parameters inferred from spectroscopy, which may be explained by the large differences in the temperatures of the lines used in this study.
Conclusions: This is the first time that a detailed statistical study of plasma and magnetic field parameters has been performed at high spatial resolution in a prominence. Our results provide important constraints on future models of the plasma and magnetic field in these structures. 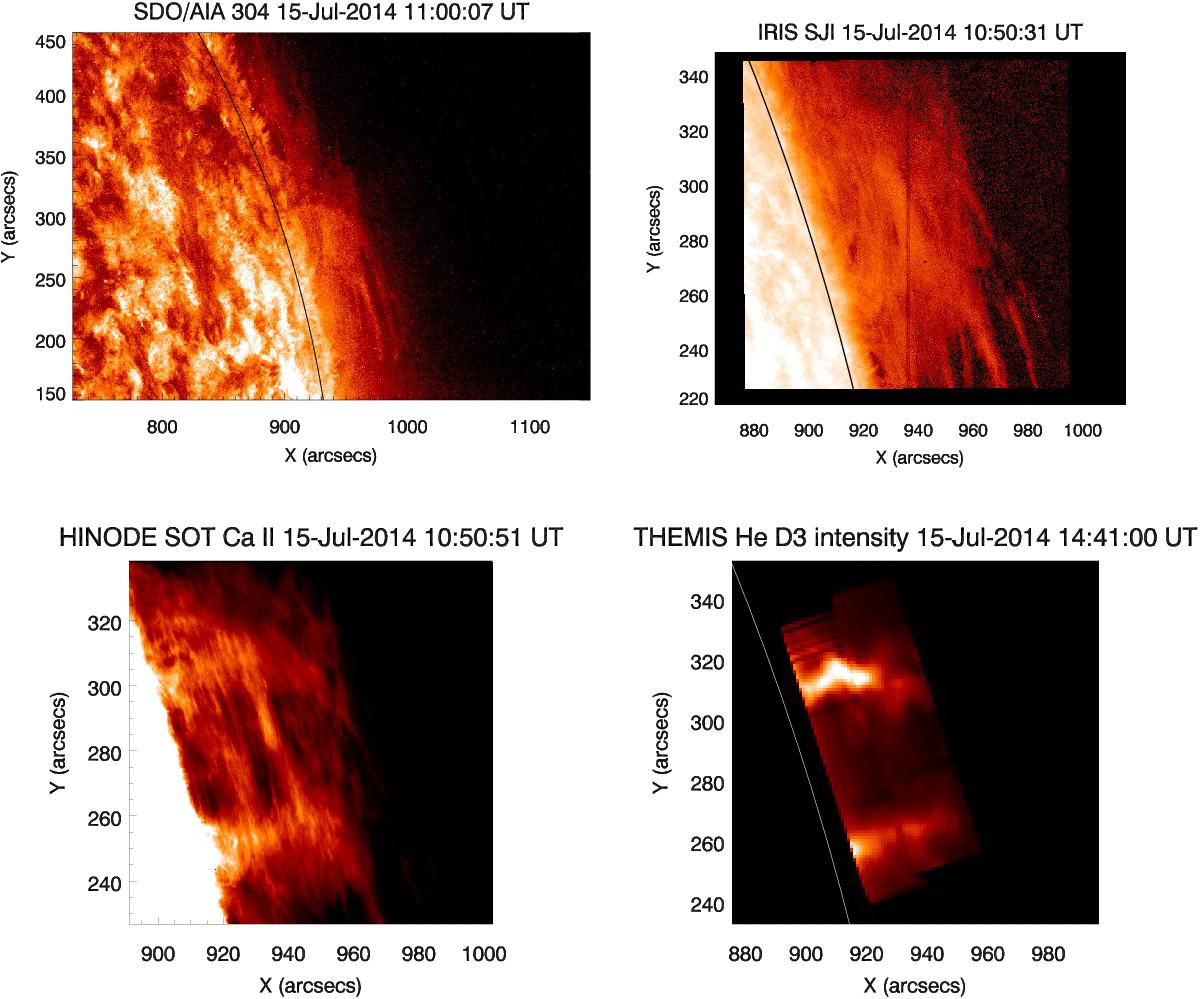