Context. Transiting super-Earths orbiting bright stars in short orbital periods are interesting targets for the study of planetary atmospheres.
Aims: While selecting super-Earths suitable for further characterisation from the ground from a list of confirmed and validated exoplanets detected by K2, we found some suspicious cases that led to us reassess the nature of the detected transiting signal.
Methods: We performed a photometric analysis of the K2 light curves and centroid motions of the photometric barycenters.
Results: Our study shows that the validated planets K2-78b, K2-82b, and K2-92b are not planets, but background eclipsing binaries. The eclipsing binaries are inside the Kepler photometric aperture, but outside the ground-based high-resolution images that were used for validation.
Conclusions: We advise extreme care in the validation of candidate planets that are discovered by space missions. It is important that all the assumptions in the validation process are carefully checked. An independent confirmation is mandatory in order to avoid wasting valuable resources on further characterisation of non-existent targets. 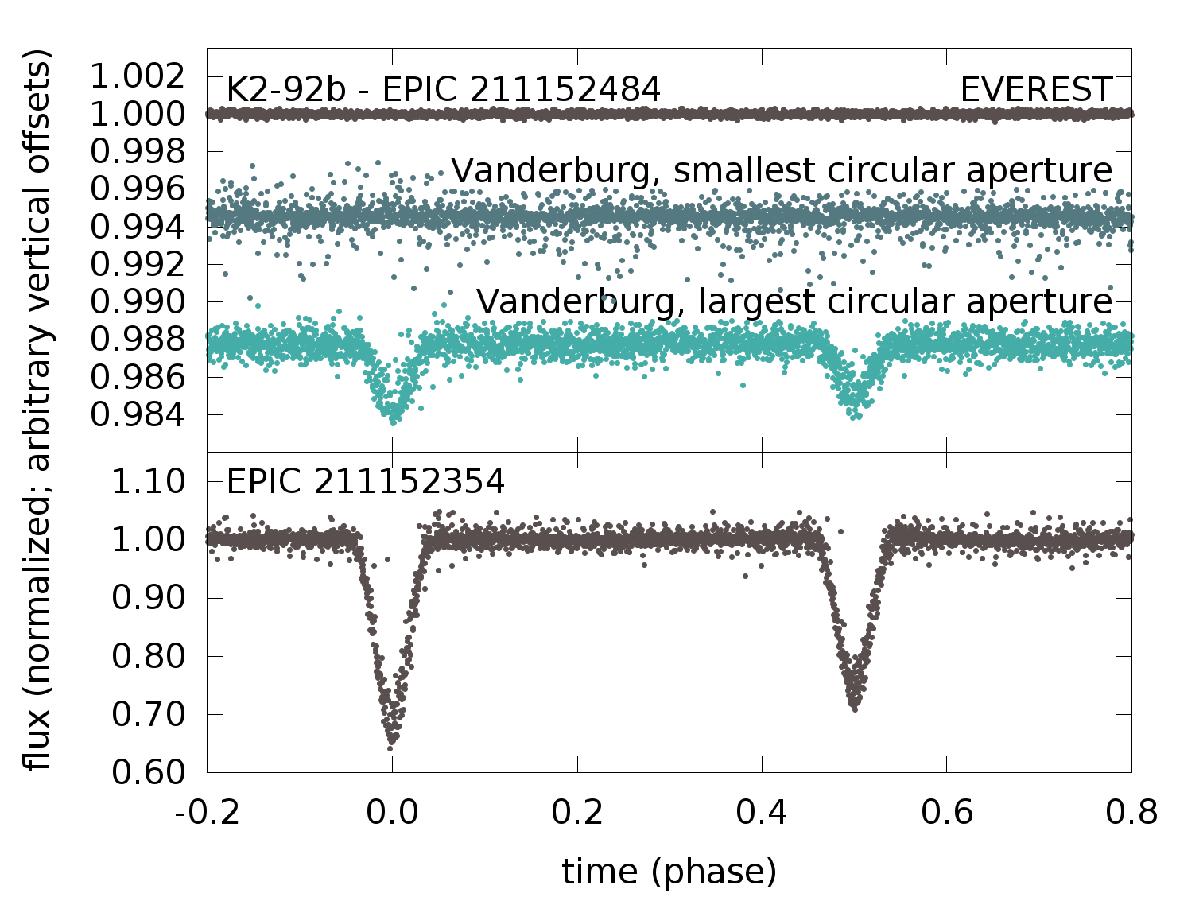