Bars and boxy/peanut bulges in thin and thick discs. I. Morphology and line-of-sight velocities of a fiducial model

We explore trends in the morphology and line-of-sight (los) velocity of stellar populations in the inner regions of disc galaxies using N-body simulations with a thin (kinematically cold) and a thick (kinematically hot) disc which form a bar and a boxy/peanut (b/p) bulge. The bar in the thin disc component is ~50% stronger than the thick disc bar and is more elongated, with an axis ratio almost half that of the thick disc bar. The thin disc b/p bulge has a pronounced X-shape, while the thick disc b/p is weaker with a rather boxy shape. This leads to the signature of the b/p bulge in the thick disc being weaker and further away from the plane than in the thin disc. Regarding the kinematics, we find that the los velocity of thick disc stars in the outer parts of the b/p bulge can be higher than that of thin disc stars, by up to 40% and 20% for side-on and Milky Way-like orientations of the bar, respectively. This is due to the different orbits followed by thin and thick disc stars in the bar-b/p region, which are affected by two factors. First, thin disc stars are trapped more efficiently in the bar-b/p instability and thus lose more angular momentum than their thick disc counterparts and second, thick disc stars have large radial excursions and therefore stars from large radii with high angular momenta can be found in the bar region. We also find that the difference between the los velocities of the thin and thick disc in the b/p bulge (Δvlos) correlates with the initial difference between the radial velocity dispersions of the two discs (Δσ). We therefore conclude that stars in the bar-b/p bulge will have considerably different morphologies and kinematics depending on the kinematic properties of the disc population they originate from. 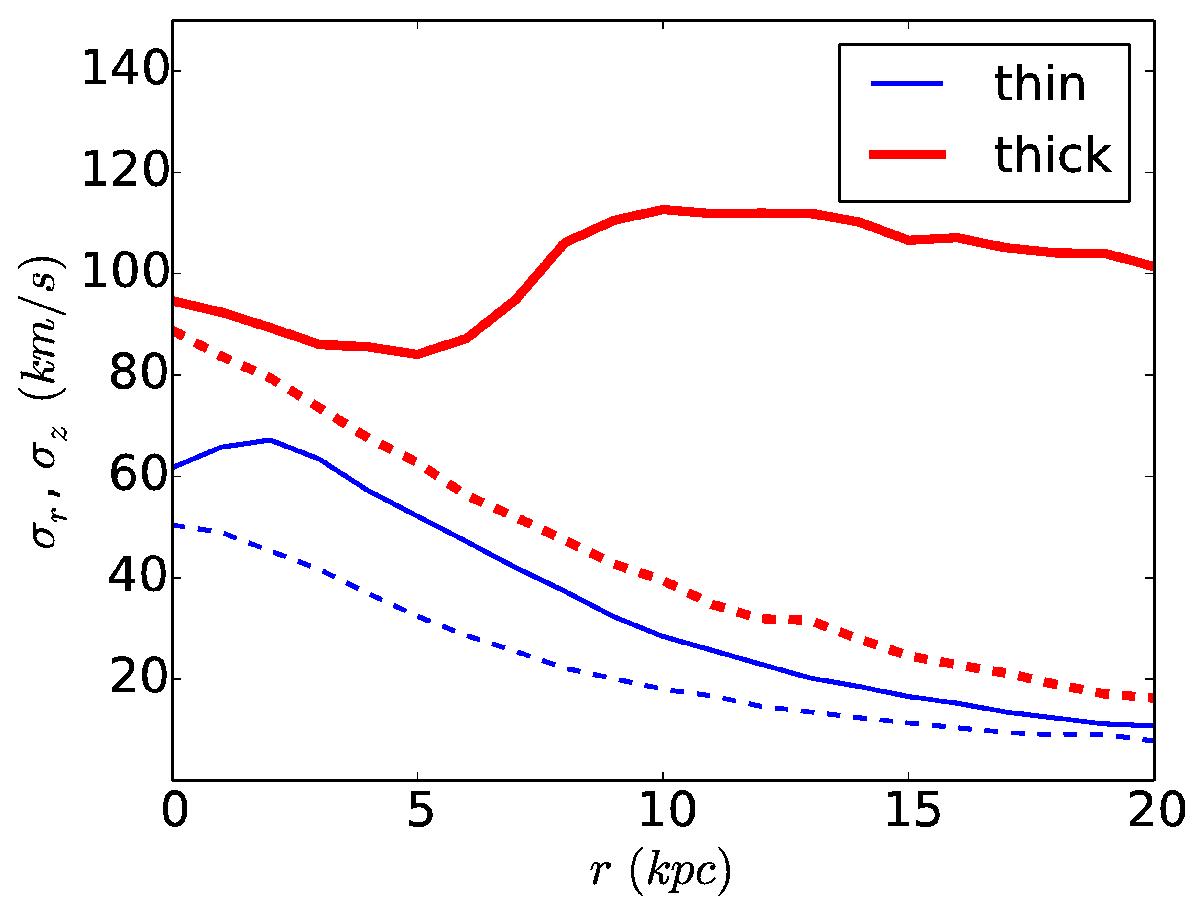