The convective surface of the red supergiant Antares. VLTI/PIONIER interferometry in the near infrared

Context. Convection is a candidate to explain the trigger of red supergiant star (RSG) mass loss. Owing to the small size of the convective cells on the photosphere, few of the characteristics of RSGs are known.
Aims: Using near infrared interferometry, we intend to resolve the photosphere of RSGs and to bring new constraints on their modeling.
Methods: We observed the nearby RSG Antares using the four-telescope instrument VLTI/PIONIER. We collected data on the three available configurations of the 1.8 m telescopes in the H band.
Results: We obtained unprecedented angular resolution on the disk of a star (6% of the star angular diameter) that limits the mean size of convective cells and offers new constraints on numerical simulations. Using an analytical model with a distribution of bright spots we determine their effect on the visibility signal.
Conclusions: We determine that the interferometric signal on Antares is compatible with convective cells of various sizes from 45% to 5% of the angular diameter. We also conclude that convective cells can strongly affect the angular diameter and limb-darkening measurements. In particular, the apparent angular diameter becomes dependent on the sampled position angles. 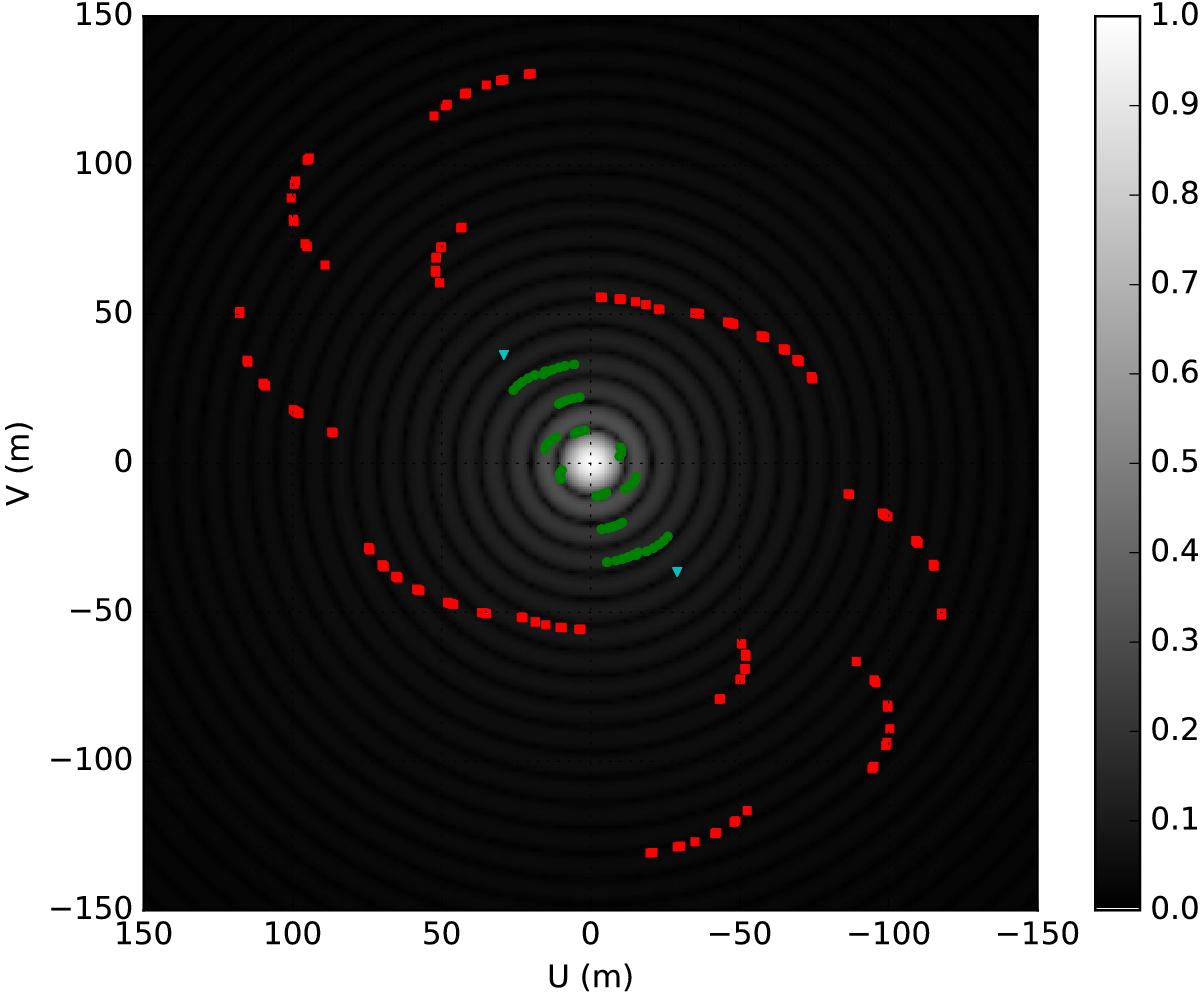