The energy distribution of electrons in radio jets

Context. Black-hole and neutron-star X-ray binaries exhibit compact radio jets, when they are in the so called quiescent, hard, or hard intermediate states. The radio spectrum in these states is flat to slightly inverted, I.e., the spectral index of the observed flux density is in the range 0 ≲ α ≲ 0.5. It is widely accepted that the energy distribution of the electrons, in the rest frame of the jet, is a power law with index in the range 3 ≲ p ≲ 5.
Aims: Contrary to what our thinking was decades ago, now we know that the jets originate in the hot, inner flow around black holes and neutron stars. So it is worth investigating the radio spectrum that is emitted by a thermal jet as a function of direction.
Methods: As an example, we consider a parabolic jet and, with the assumption of flux freezing, we compute the emitted spectrum in all directions, from radio to near infrared, using either a thermal distribution of electrons or a power-law one.
Results: We have found that parabolic jets with a thermal distribution of electrons give also flat to slightly inverted spectra. In particular, for directions along the jet (θ = 0), both distributions of electron energies give α = 0 ± 0.01. The index α increases as the viewing angle θ increases and for directions perpendicular to the jet (θ = π/ 2), the thermal distribution gives α = 0.40 ± 0.05, while the power-law distribution gives α = 0.20 ± 0.05. The break frequency νb, which marks the transition from partially optically thick to optically thin synchrotron emission, is comparable for the power-law and the thermal distributions.
Conclusions: Contrary to common belief, it is not necessary to invoke a power-law energy distribution of the electrons in a jet to explain its flat to slightly inverted radio spectrum. A relativistic Maxwellian produces similar radio spectra. Thus, the jet may be the widely invoked "corona" around black holes in X-ray binaries. 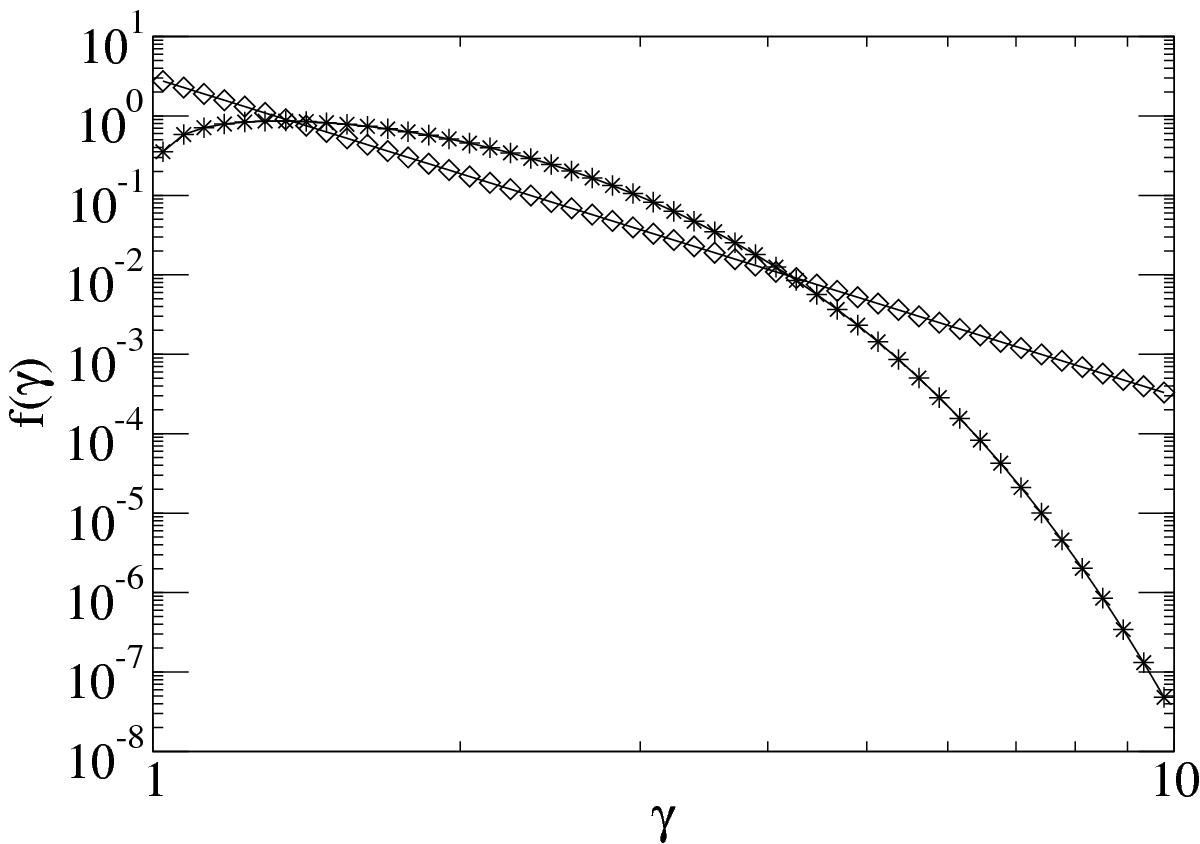