Context. The onset of star formation is intimately linked with the presence of massive unstable filamentary structures. These filaments are therefore key for theoretical models that aim to reproduce the observed characteristics of the star formation process in the Galaxy.
Aims: As part of the filament study carried out by the Herschel Galactic Cold Cores Key Programme, here we study and discuss the filament properties presented in GCC VII (Paper I) in context with theoretical models of filament formation and evolution.
Methods: A conservatively selected sample of filaments located at a distance D< 500 pc was extracted from the GCC fields with the getfilaments algorithm. The physical structure of the filaments was quantified according to two main components: the central (Gaussian) region of the filament (core component), and the power-law-like region dominating the filament column density profile at larger radii (wing component). The properties and behaviour of these components relative to the total linear mass density of the filament and the column density of its environment were compared with the predictions from theoretical models describing the evolution of filaments under gravity-dominated conditions.
Results: The feasibility of a transition from a subcritical to supercritical state by accretion at any given time is dependent on the combined effect of filament intrinsic properties and environmental conditions. Reasonably self-gravitating (high Mline,core) filaments in dense environments (AV≳ 3 mag) can become supercritical on timescales of t 1 Myr by accreting mass at constant or decreasing width. The trend of increasing Mline,tot (Mline,core and Mline,wing) and ridge AV with background for the filament population also indicates that the precursors of star-forming filaments evolve coevally with their environment. The simultaneous increase of environment and filament AV explains the observed association between dense environments and high Mline,core values, and it argues against filaments remaining in constant single-pressure equilibrium states. The simultaneous growth of filament and background in locations with efficient mass assembly, predicted in numerical models of filaments in collapsing clouds, presents a suitable scenario for the fulfillment of the combined filament mass-environment criterium that is in quantitative agreement with Herschel observations. 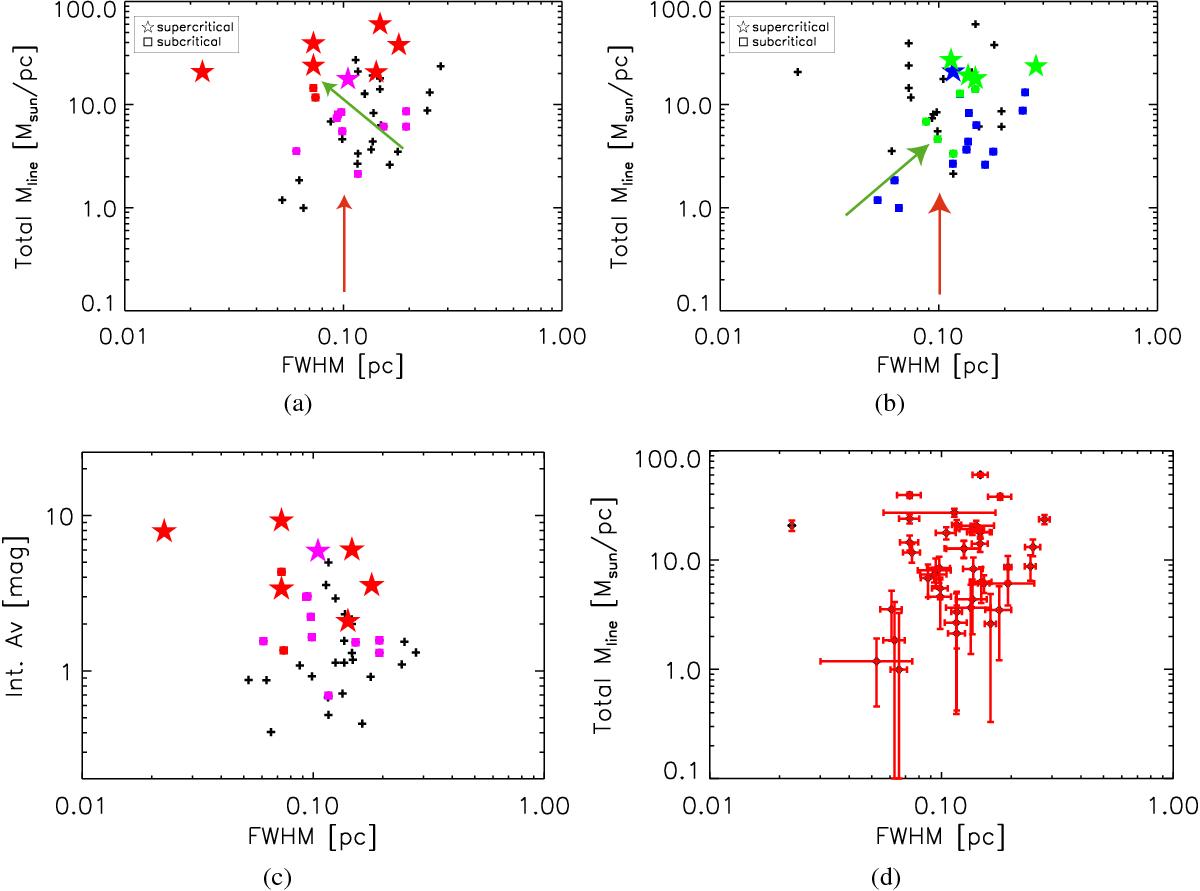