Context. The Mg II emission line is visible in the optical band for intermediate redshift quasars (0.4 < z < 1.6) and it is thus an extremely important tool to measure the black hole mass and to understand the structure of the Broad line region (BLR).
Aims: We aim to determine the substructure and the variability of the Mg II line with the aim to identify which part of the line comes from a medium in Keplerian motion.
Methods: Using the Southern African Large Telescope (SALT) with the Robert Stobie Spectrograph (RSS) we performed ten spectroscopic observations of quasar HE 0435-4312 (z = 1.2231) over a period of three years (Dec. 23/24, 2012 to Dec. 7/8, 2015).
Results: Both the Mg II line and the Fe II pseudo-continuum increase with time. We clearly detect the systematic shift of the Mg II line with respect to the Fe II over the years, corresponding to the acceleration of 104 ± 14 km s-1 yr-1 in the quasar rest frame. The Mg II line shape is clearly non-Gaussian but single-component, and the increase in line equivalent width and line shift is not accompanied with significant evolution of the line shape. We analyse the conditions in the Mg II and Fe II formation region and we note that the very large difference in the covering factor and the turbulent velocity also support the conclusion that the two regions are spatially separated.
Conclusions: The measured acceleration of the line systematic shift is too large to connect it with the orbital motion at a distance of the BLR in this source. It may imply a precessing inner disk illuminating the BLR. Further monitoring is still needed to better constrain the variability mechanism. 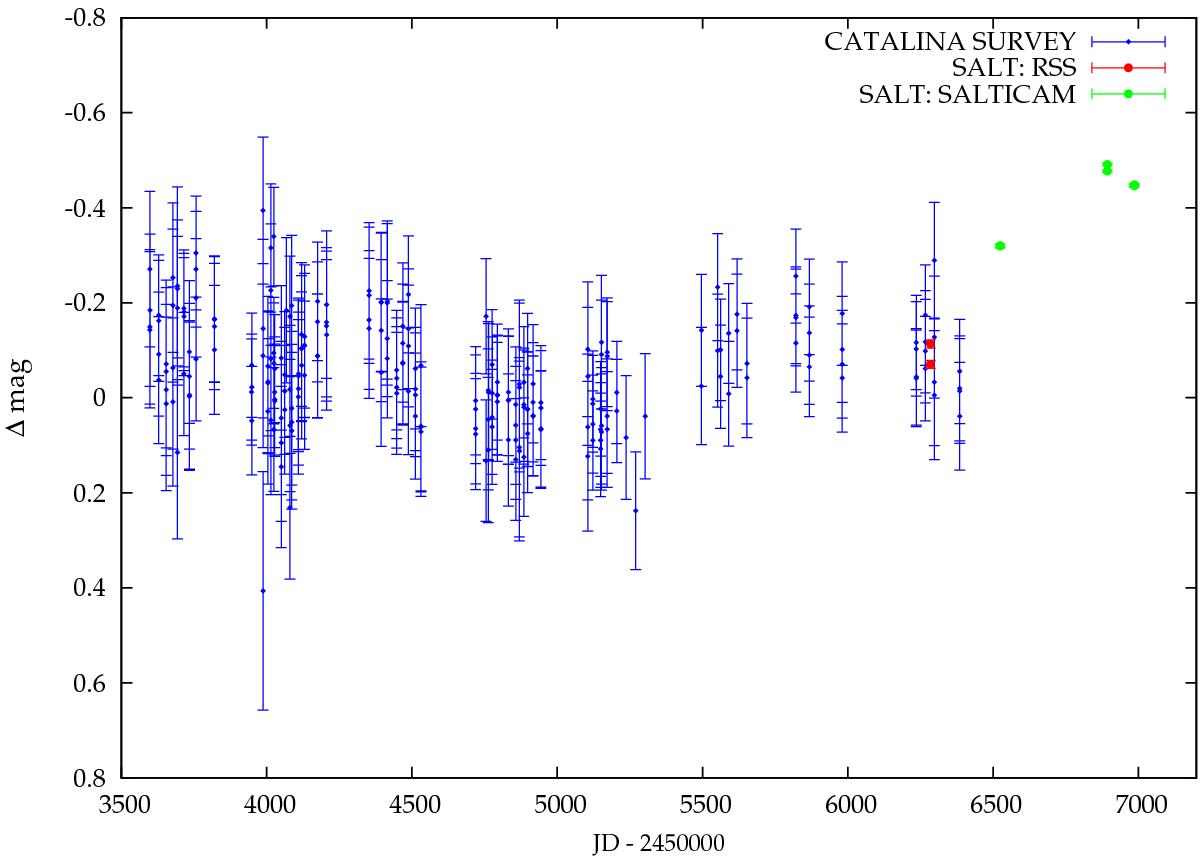