Limb and gravity-darkening coefficients for the TESS satellite at several metallicities, surface gravities, and microturbulent velocities


Aims: We present new gravity and limb-darkening coefficients for a wide range of effective temperatures, gravities, metallicities, and microturbulent velocities. These coefficients can be used in many different fields of stellar physics as synthetic light curves of eclipsing binaries and planetary transits, stellar diameters, line profiles in rotating stars, and others.
Methods: The limb-darkening coefficients were computed specifically for the photometric system of the space mission tess and were performed by adopting the least-square method. In addition, the linear and bi-parametric coefficients, by adopting the flux conservation method, are also available. On the other hand, to take into account the effects of tidal and rotational distortions, we computed the passband gravity-darkening coefficients y(λ) using a general differential equation in which we consider the effects of convection and of the partial derivative (∂lnI(λ) /∂lng)Teff.
Results: To generate the limb-darkening coefficients we adopt two stellar atmosphere models: atlas (plane-parallel) and phoenix (spherical, quasi-spherical, and r-method). The specific intensity distribution was fitted using five approaches: linear, quadratic, square root, logarithmic, and a more general one with four terms. These grids cover together 19 metallicities ranging from 10-5 up to 10+1 solar abundances, 0 ≤ log g ≤ 6.0 and 1500 K ≤Teff ≤ 50 000 K. The calculations of the gravity-darkening coefficients were performed for all plane-parallel ATLAS models. 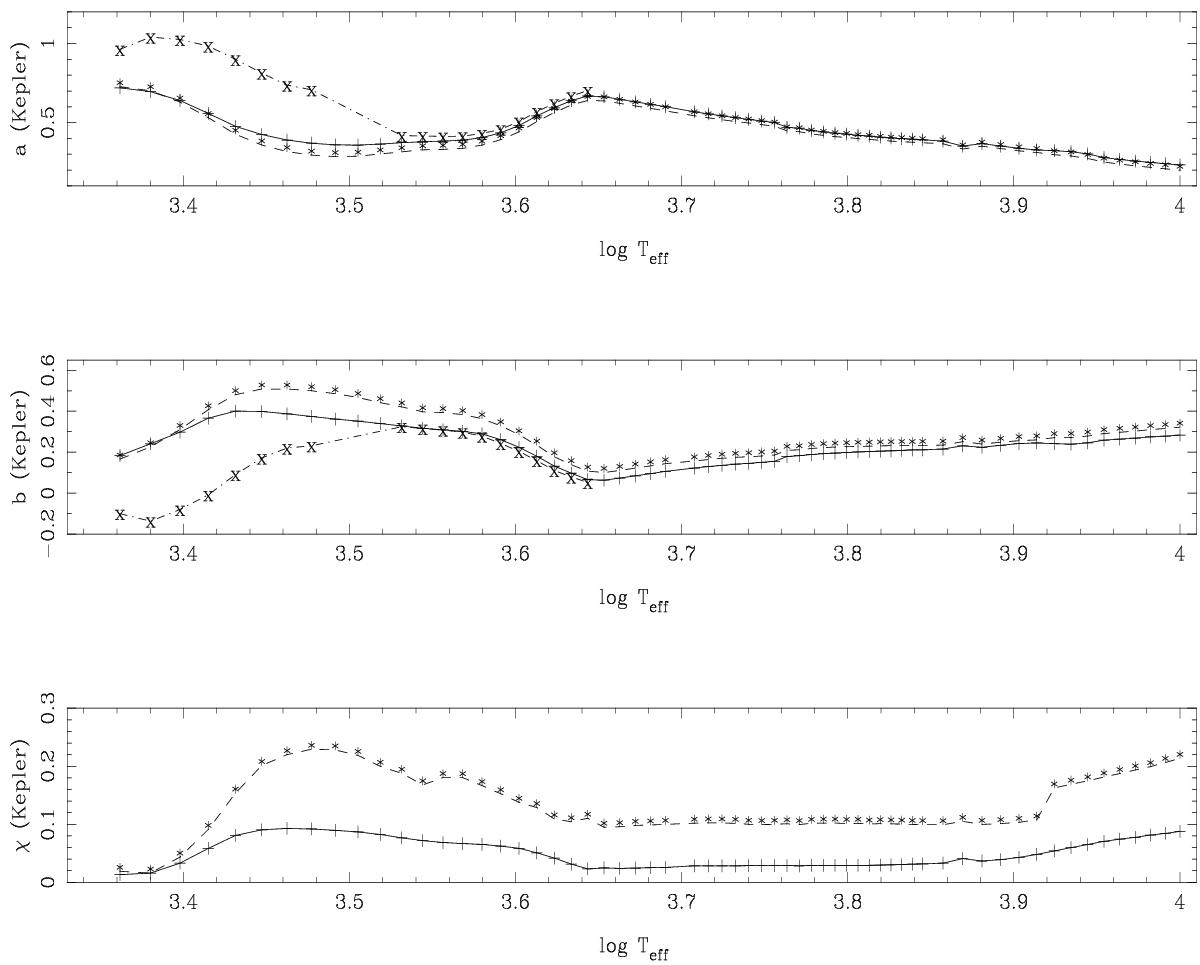