Modeling the early evolution of massive OB stars with an experimental wind routine. The first bi-stability jump and the angular momentum loss problem

Context. Stellar evolution models of massive stars are very sensitive to the adopted mass-loss scheme. The magnitude and evolution of mass-loss rates significantly affect the main sequence evolution, and the properties of post-main sequence objects, including their rotational velocities.
Aims: Driven by potential discrepancies between theoretically predicted and observationally derived mass-loss rates in the OB star range, we aim in particular to investigate the response to mass-loss rates that are lower than currently adopted, in parallel with the mass-loss behavior at the "first" bi-stability jump.
Methods: We performed 1D hydrodynamical model calculations of single 20-60 M⊙ Galactic (Z = 0.014) stars where the effects of stellar winds are already significant in the main sequence phase. We have developed an experimental wind routine to examine the behavior and response of the models under the influence of different mass-loss rates. This observationally guided, simple and flexible wind routine is not a new mass-loss description but a useful tool based on the wind-momentum luminosity relation and other scaling relations, and provides a meaningful base for various tests and comparisons.
Results: The main result of this study indicates a dichotomy between solutions of currently debated problems regarding mass-loss rates of hot massive stars. In a fully diffusive approach, and for commonly adopted initial rotational velocities, lower mass-loss rates than theoretically predicted require to invoke an additional source of angular momentum loss (either due to bi-stability braking, or yet unidentified) to brake down surface rotational velocities. On the other hand, a large jump in the mass-loss rates due to the bi-stability mechanism (a factor of 5-7 predicted by Vink et al. (2000, A&A, 362, 295), but a factor of 10-20 in modern models of massive stars) is challenged by observational results, and might be avoided if the early mass-loss rates agreed with the theoretically predicted values.
Conclusions: We conclude that simultaneously adopting lower mass-loss rates and a significantly smaller jump in the mass-loss rates over the bi-stability region (both compared to presently used prescriptions) would require an additional mechanism for angular momentum loss to be present in massive stars. Otherwise, the observed rotational velocities of a large population of B supergiants, that are thought to be the evolutionary descendants of O stars, would remain unexplained. 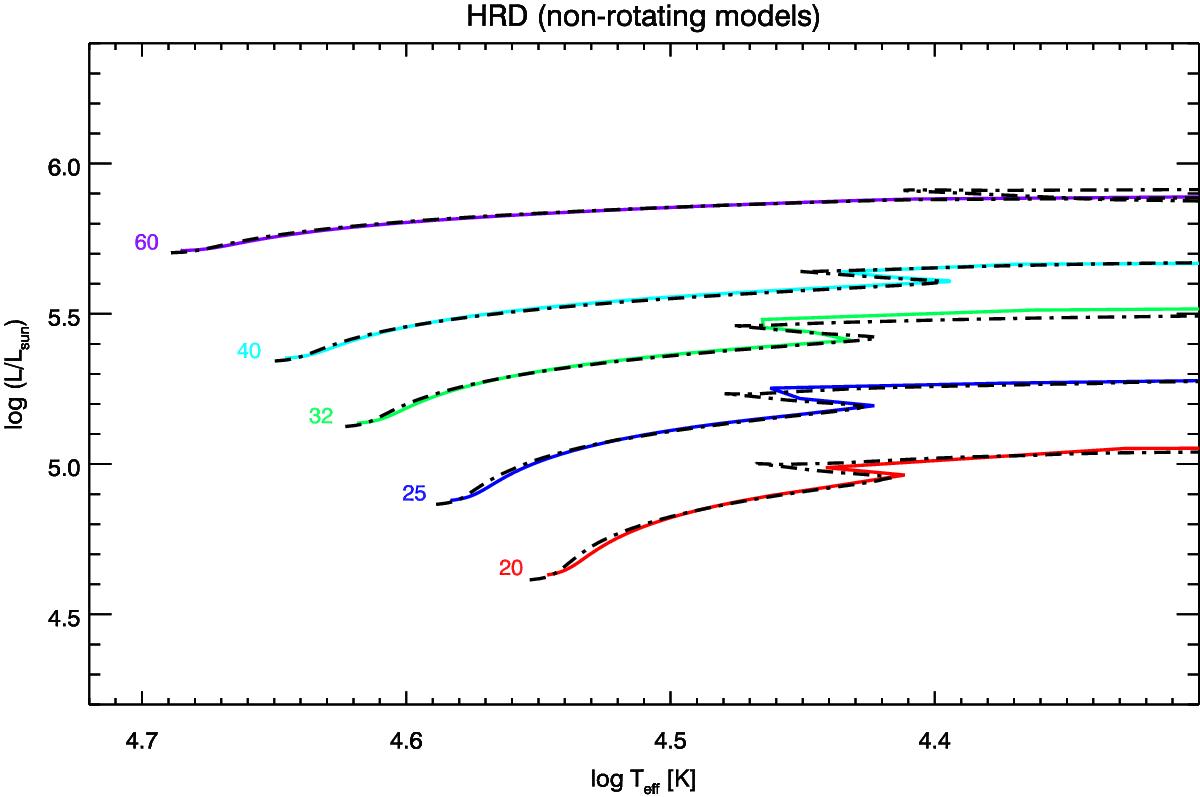