ɛ Eridani is one of the nearest solar-type stars. Its proximity and relatively young age allow high-contrast imaging observations to achieve sensitivities to planets at narrow separations down to an inner radius of 5 AU. Previous observational studies of the system report a dust disk with asymmetric morphology as well as a giant planet with large orbital eccentricity, which may require another massive companion to induce the peculiar morphology and to enhance the large orbital eccentricity. In this paper, we report results from deep high-contrastimaging observations to detect the previously reported planet and search for other unseen less massive companions with Subaru/HiCIAO, Gemini-South/NICI, and VLT/NACO. No positive detection was made, but high-contrast measurements with the CH4S narrow-band filter of HiCIAO achieved sensitivities at 14.7 mag differential magnitude level, at an angular separation of 1.0″. In terms of planetary mass, as determined by cooling evolutionary models, the highest sensitivities were achieved by the Lp broad-band filter of NACO, resulting in sensitivities corresponding to 1.8, 2.8, and 4.5 Mjup at the projected separation of 3 AU, if 200, 400, and 800 Myr is assumed for the age of the system, respectively. We also discuss origins of the dust disk from the detection sensitivity in the planetary mass and find that a less massive eccentric planet is preferred for disk stirring, which is consistent with the orbital parameters of ɛ Eri b claimed from the previous long-term radial velocity monitoring. 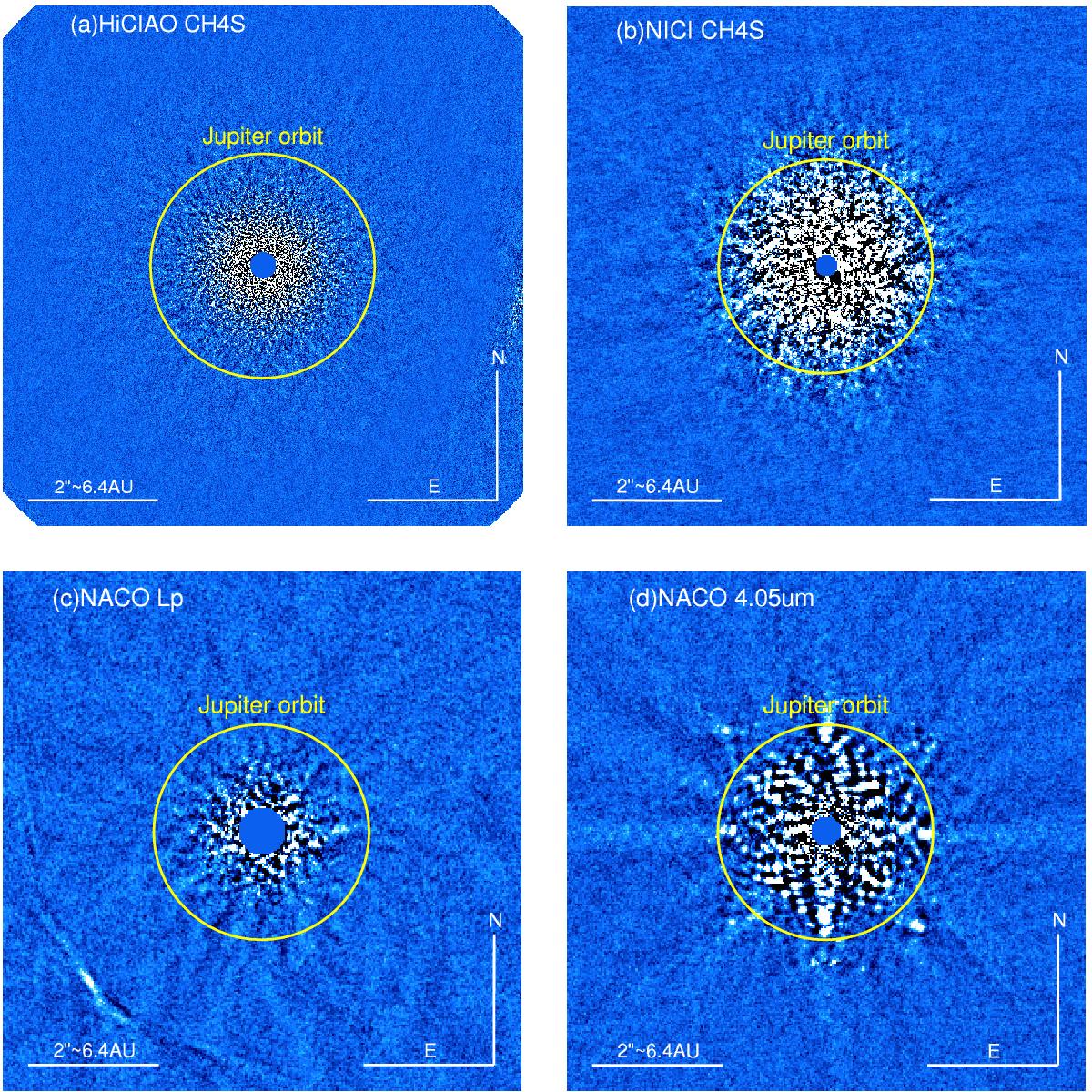