ξTauri: a unique laboratory to study the dynamic interaction in a compact hierarchical quadruple system

Context. Compact hierarchical systems are important because the effects caused by the dynamical interaction among its members occur ona human timescale. These interactions play a role in the formation of close binaries through Kozai cycles with tides. One such system is ξ Tauri: it has three hierarchical orbits: 7.14 d (eclipsing components Aa, Ab), 145 d (components Aa+Ab, B), and 51 yr (components Aa+Ab+B, C).
Aims: We aim to obtain physical properties of the system and to study the dynamical interaction between its components.
Methods: Our analysis is based on a large series of spectroscopic photometric (including space-borne) observations and long-baseline optical and infrared spectro-interferometric observations. We used two approaches to infer the system properties: a set of observation-specific models, where all components have elliptical trajectories, and an N-body model, which computes the trajectory of each component by integrating Newton's equations of motion.
Results: The triple subsystem exhibits clear signs of dynamical interaction. The most pronounced are the advance of the apsidal line and eclipse-timing variations. We determined the geometry of all three orbits using both observation-specific and N-body models. The latter correctly accounted for observed effects of the dynamical interaction, predicted cyclic variations of orbital inclinations, and determined the sense of motion of all orbits. Using perturbation theory, we demonstrate that prominent secular and periodic dynamical effects are explainable with a quadrupole interaction. We constrained the basic properties of all components, especially of members of the inner triple subsystem and detected rapid low-amplitude light variations that we attribute to co-rotating surface structures of component B. We also estimated the radius of component B. Properties of component C remain uncertain because of its low relative luminosity. We provide an independent estimate of the distance to the system.
Conclusions: The accuracy and consistency of our results make ξ Tau an excellent test bed for models of formation and evolution of hierarchical systems. 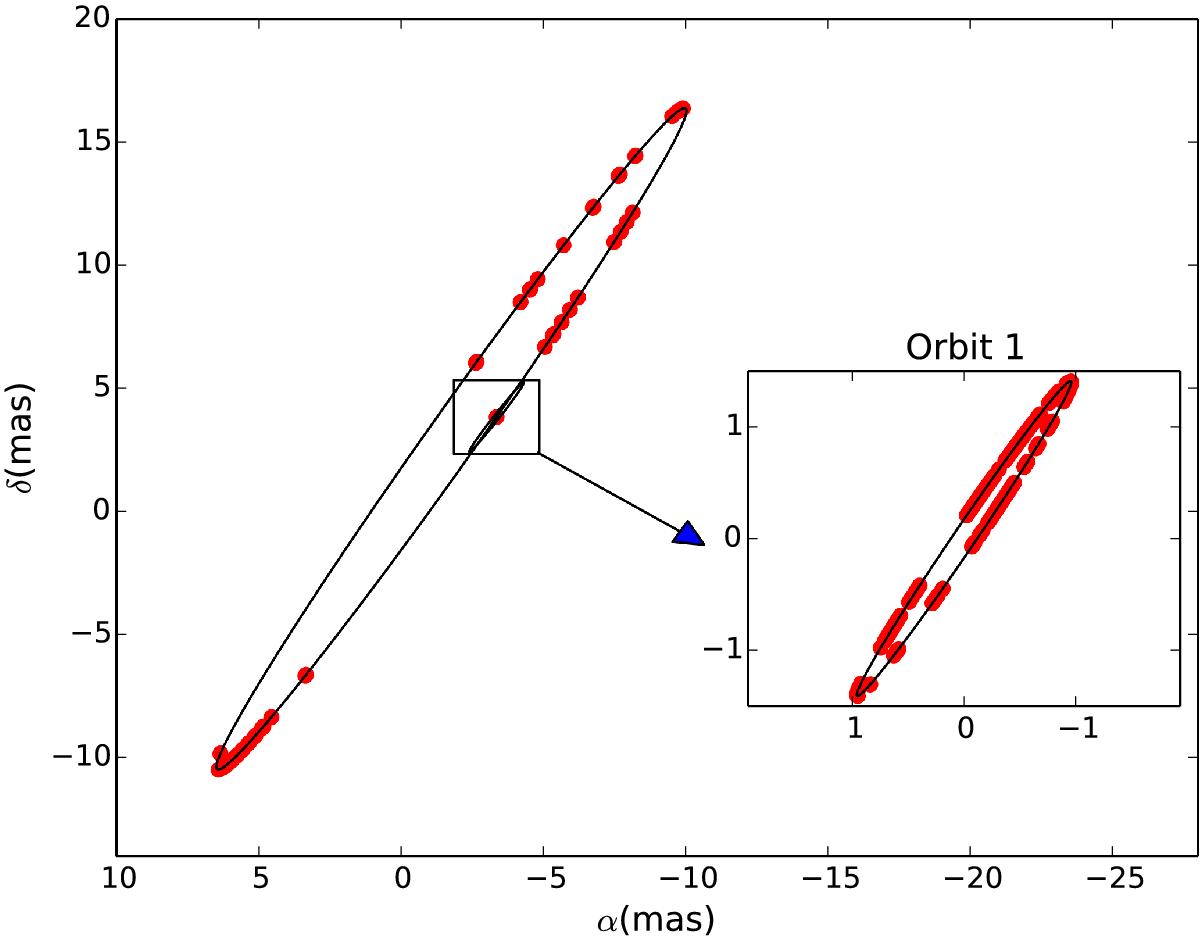