A large number of direct imaging surveys for exoplanets have been performed in recent years, yielding the first directly imaged planets and providing constraints on the prevalence and distribution of wide planetary systems. However, like most of the radial velocity ones, these generally focus on single stars, hence binaries and higher-order multiples have not been studied to the same level of scrutiny. This motivated the Search for Planets Orbiting Two Stars (SPOTS) survey, which is an ongoing direct imaging study of a large sample of close binaries, started with VLT/NACO and now continuing with VLT/SPHERE. To complement this survey, we have identified the close binary targets in 24 published direct imaging surveys. Here we present our statistical analysis of this combined body of data. We analysed a sample of 117 tight binary systems, using a combined Monte Carlo and Bayesian approach to derive the expected values of the frequency of companions, for different values of the companion's semi-major axis. Our analysis suggest that the frequency of sub-stellar companions in wide orbit is moderately low (≲ 13% with a best value of 6% at 95% confidence level) and not significantly different between single stars and tight binaries. One implication of this result is that the very high frequency of circumbinary planets in wide orbits around post-common envelope binaries, implied by eclipse timing, cannot be uniquely due to planets formed before the common-envelope phase (first generation planets), supporting instead the second generation planet formation or a non-Keplerian origin of the timing variations. 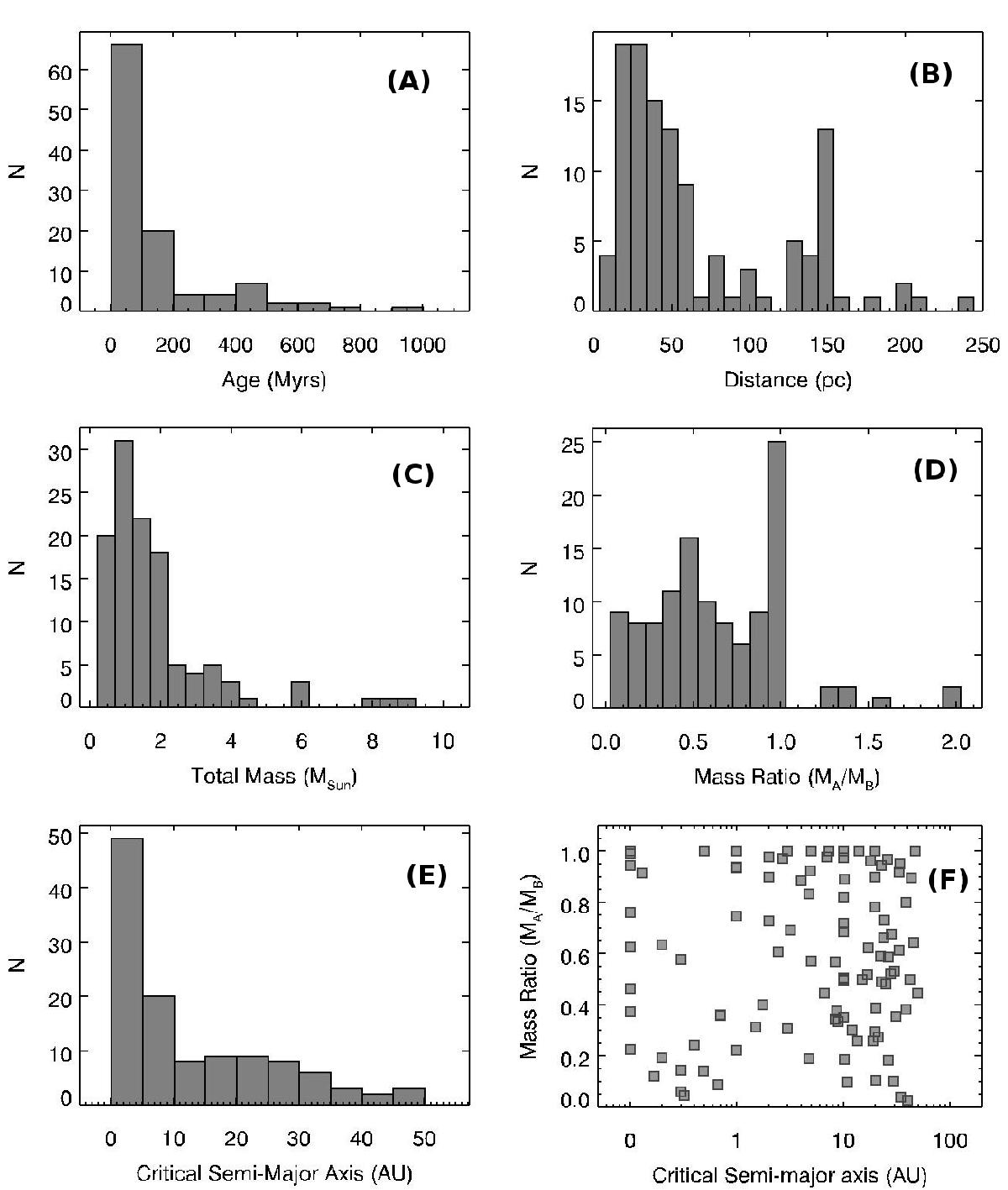